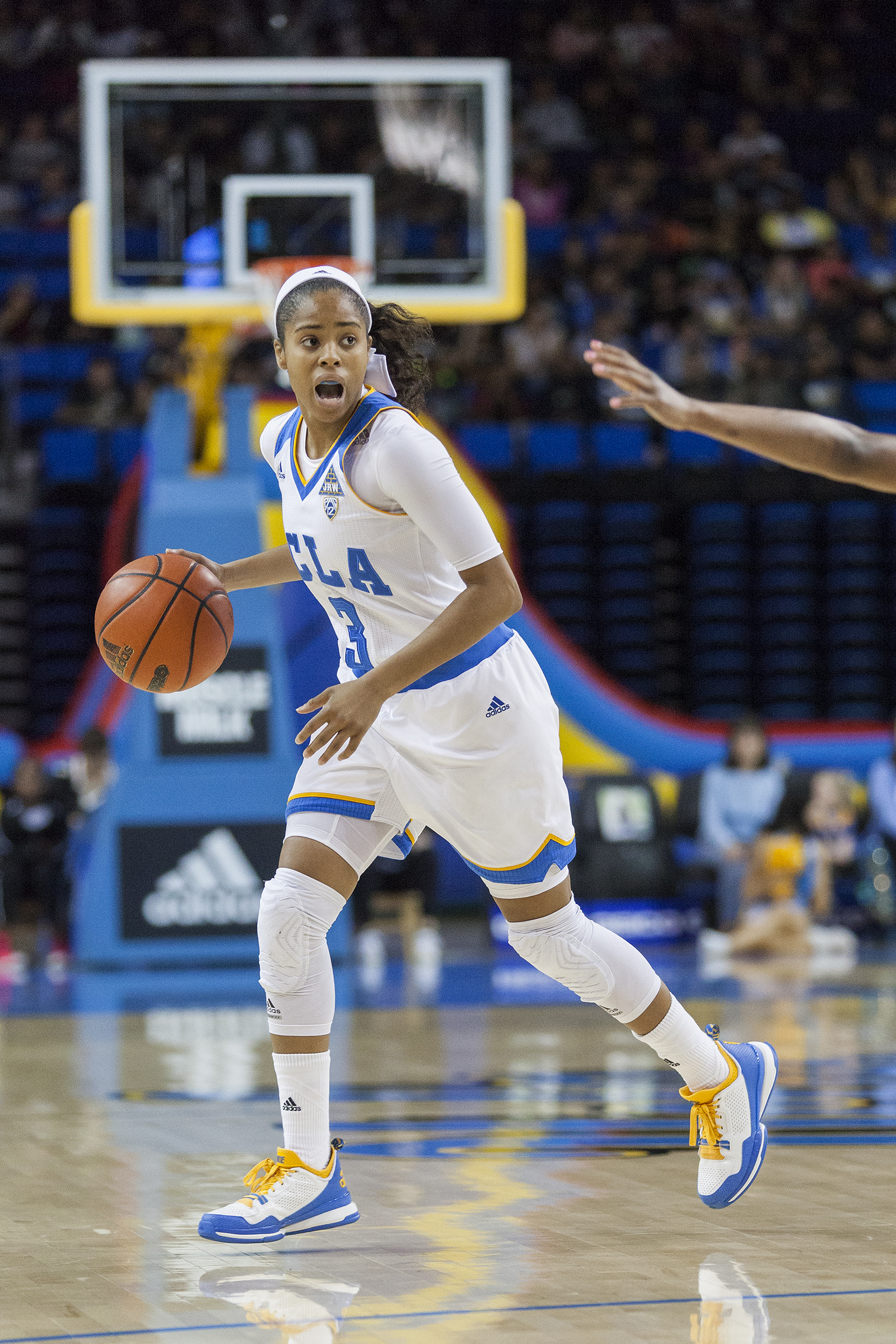 After a tough 2015-2016 schedule concluded in a Sweet Sixteen appearance for the first time since 1999, the women’s basketball team will have preseason dates on the road at powerhouses Baylor and South Carolina. (Kathy Chen/Daily Bruin)

Schedules are out for UCLA basketball teams with the men and women facing some of the top teams in the nation.

The men’s team has a rematch against Kentucky before playing Michigan and Ohio State at Pauley Pavilion and Las Vegas respectively to wrap up nonconference play.

Four of the Bruins’ first six conference games are on the road against the defending Pac-12 champions Oregon and Oregon State from Dec. 28 to Jan. 1, and then against Colorado and Utah from Jan. 11 to Jan. 15. UCLA will face NorCal rivals Stanford and Berkeley at home from Jan. 4 to Jan. 8.

The Arizona Wildcats and Arizona State Sun Devils come to Pauley Pavilion later in January before the Bruins travel across Los Angeles to face the Trojans. USC swept all three meetings against UCLA last year, including a 95-71 season-ending loss at the Pac-12 tournament.

After traveling to Washington and Washington State at the beginning of February, UCLA will host five of their last seven games at home.

The Bruins wrap up the regular season with home games against Oregon, Oregon State, USC, Washington and Washington State, and two games in the desert against Arizona and Arizona State.

Last year, UCLA went 6-12 in conference play, finishing 10th in the league ahead of Arizona State and Washington State.

With four returning starters and freshmen Lonzo Ball, T.J. Leaf and Ike Anigbogu, the Bruins are expected to contend for the Pac-12 title and an NCAA Tournament berth.

Last season, the UCLA women’s basketball team made it to the Sweet Sixteen for the first time since 1999, finishing 13th in the NCAA’s final ranking. The Bruins had one of the toughest schedules in the country over the last three years, facing powerhouses Connecticut, Notre Dame and South Carolina.

“Our philosophy is and has always been to give our women the opportunity to be challenged and measure themselves against the best teams in the country,” coach Cori Close said in a press release. “It has paid dividends for us and our conference as the Pac-12 was rated the No. 1 conference in the country last season.”

Five of UCLA’s preseason games will be home games, but the two marquee match-ups will be on the road against Baylor and South Carolina.

The Baylor Lady Bears made it to the Elite Eight before falling to the 2016 Pac-12 champion Oregon State Beavers 60-57. Baylor wrapped up another top-ranked recruiting class, headlined by forward Lauren Cox and guard Natalie Chou, two of the top-10 players in the country per HoopGurlz Recruiting Rankings.

Under coach Dawn Staley, the Gamecocks reached the Final Four in 2015 and the Sweet Sixteen in 2016, both times losing to the national runner-up in Notre Dame and Syracuse. The Bruins nearly upset the then-No. 2 Gamecocks last year in Pauley Pavilion, falling 68-65.

The women’s conference schedule has yet to be announced, but UCLA will begin the 2016 season with an exhibition against Westmont before playing Pacific in a doubleheader with the men’s team.