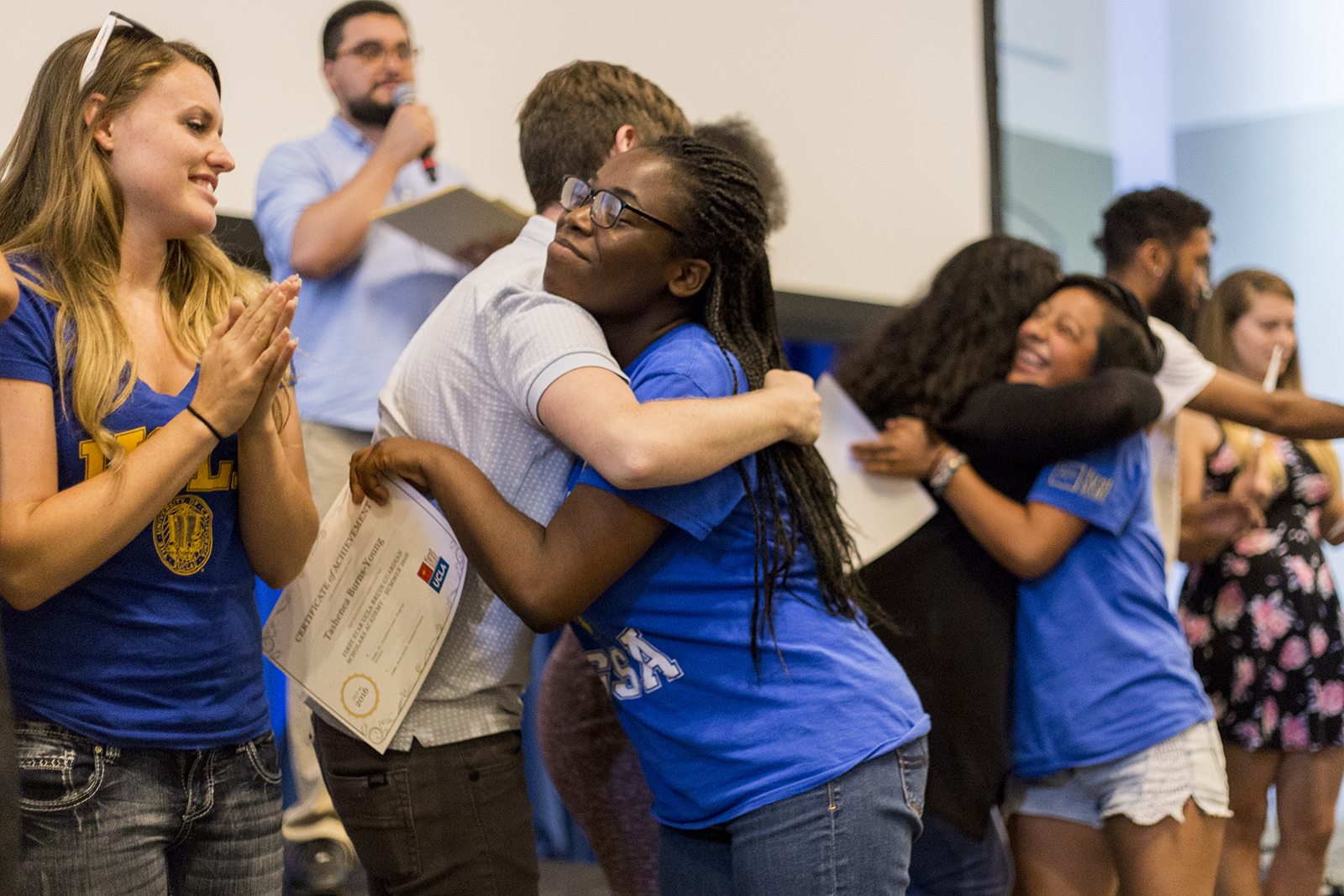 Rosie Chavez has lived most of her life in the foster system moving to different schools, homes and families, sometimes spending only a couple weeks in one place.

“One thing I really struggled with was fitting in with the families,” Chavez said. “They didn’t treat us like they treated their own kids.”

After 16 years of instability, Chavez found a home at UCLA.

The Bruin Guardian Scholar Academy, a college readiness program for foster youth, was the first to expose her to UCLA, Chavez said. BGSA partners with First Star, a national charity aimed at improving the lives of abused and neglected children by helping them advance their education.

“School might not be the most important thing on their mind when they don’t know if they’ll have a home to go to,” Sotelo said.

The BGSA invites foster youth to live on UCLA’s campus for four weeks each summer of high school, and one day a month during the regular academic year. This July, 60 freshmen and juniors from LA high schools lived in Sproul Cove. The students took college preparation courses and received mentorship from UCLA student youth coaches, he added. July 30 was the closing ceremony of their monthlong program.

Chavez, a rising second-year mathematics student, said college was not a future she saw for herself before attending the BGSA. But now she’s the only alum that attends UCLA of 100 foster youth who have participated in the program.

“I don’t even think I knew the names of any colleges (before attending the BGSA) ,” Chavez said. “It was just not something I thought about.”

But Chavez has always been academically strong, she said. Committing herself to her schoolwork was her escape from home life.

Chavez said the program taught her the skills she needed to be admitted to UCLA and gave her a sense of camaraderie.

“We saw the same people every day, we had the same friends year after year, we went to class together.” Chavez said. “It was a big deal because the hardest part for me as a kid was establishing long-term relationships.”

Sotelo said the BGSA also helps foster youth envision a college for their futures. Only 10 percent of foster youth graduate high school nationally, he said, but 21 of the 24 BGSA members in 2015 went to college.

To immerse the students in a rigorous academic setting, the BGSA staff wake the students up at 6:30 a.m. every morning and pack their schedules with classes, assignments and workshops until 10 p.m., Sotelo said. Students receive high school or college credit for the classes they take at UCLA, which is helpful since many foster youth fall behind in school because of their uncertain home situations, he added.

Sotelo said this year’s BGSA is staffed by 10 UCLA student youth coaches who live with the participants and provide mentorship 24/7. Some of the youth coaches were former foster youth themselves and connect with the BGSA participants through their shared experience, he said.

Corey Whipple, a third-year comparative literature student and program coach this summer, entered the foster system when he was 3 years old.

Though Whipple has not been in the foster system since reuniting with his family at age 5, his experience motivated him to support fellow youth who have not yet found a home base, he said.

“It brought me to want to get involved and help students know that they can accomplish their goals, even if their uphill battle is steeper than other people’s,” Whipple said.

Bruin Resource Center Director Paolo Velasco said he thinks the program offers BGSA youth coaches the chance to give back to the next class of incoming college students.

“One of the things we hear from our youth coaches who were former foster youth is that they didn’t make it to UCLA alone,” Velasco said. “They had mentors who pushed them to get to that place where they can be successful, so it’s important to pay it forward.”

Chavez is repaying the service and mentorship she received from the BGSA by serving as a youth coach this year. Now that she is a mentor, she said she is more active than ever in supporting fellow foster youth to keep them from falling by the wayside.

“We shouldn’t be afraid to ask for help or identify as foster youth,” Chavez said. “It really doesn’t affect who we are unless we let it.”