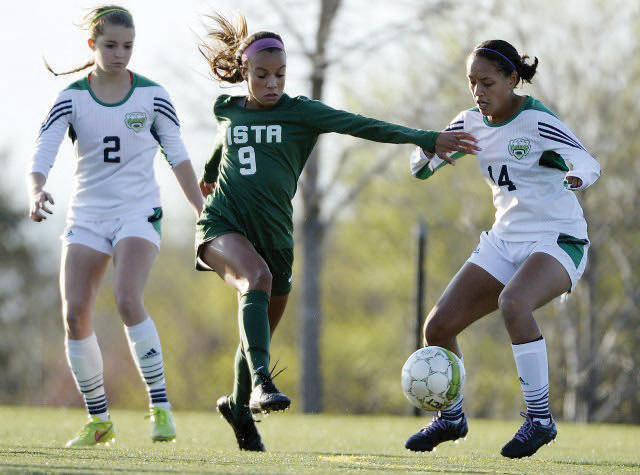 Mallory Pugh, who is already competing at the highest international level, will not enroll at UCLA until after the upcoming fall season. (Aaron Ontiveroz/The Denver Post)

UCLA women’s soccer will have to wait a little longer for one of the Bruins’ most anticipated recruits.

Mallory Pugh – the nation’s consensus No. 1 recruit in her class – signed her letter of intent in February, and was set to join the team this fall.

Since then, she’s been called up to the senior U.S. national team, meaning that she’ll be playing in Rio de Janeiro at the Olympics this August. Additionally, the forward will rejoin the under-20 national team to compete in 2016 FIFA U-20 Women’s World Cup in Papua New Guinea in the fall instead of competing for an NCAA championship.

Pugh is planning to start school in winter quarter 2017, delaying the beginning of her UCLA soccer career by one season.

The highly-touted recruit made a name for herself early in her career. She was named the Gatorade National Girls Soccer Player of the Year in her junior year.

The 2016 freshman class still figures to impress, with Canadian Olympian Jessie Fleming and four members of the U.S. Youth National Team still planning to come to UCLA. The Bruins finished the 2015 season 8-10-1, their first under-.500 finish in almost 20 years.