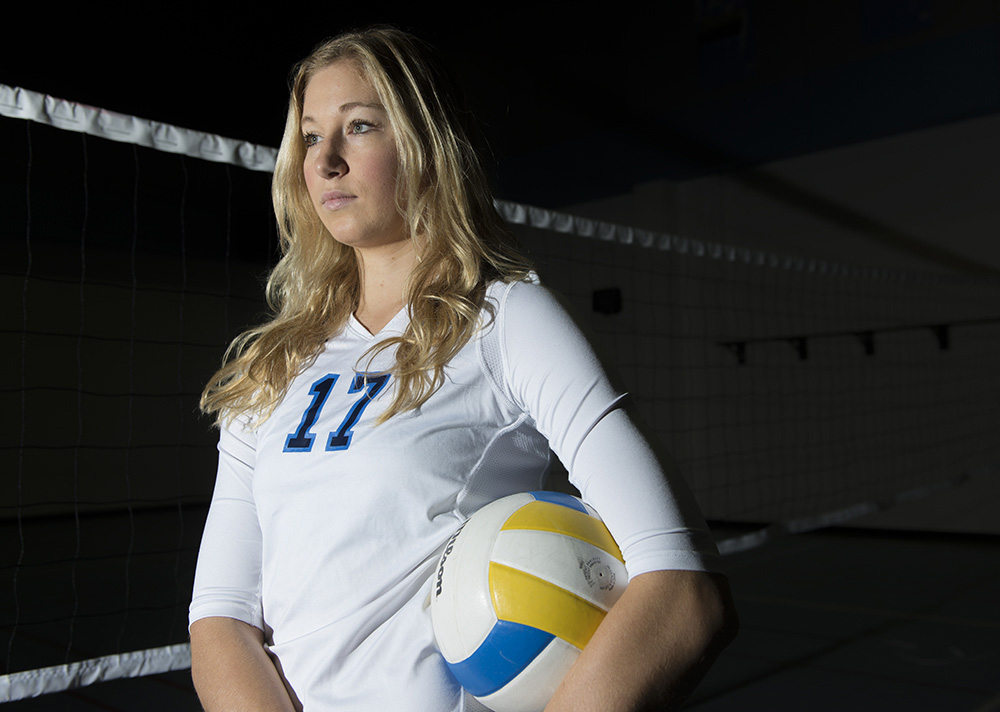 From walk-on to Olympian, UCLA women’s volleyball alumna Karsta Lowe is headed to Rio de Janeiro. The outside hitter was a two-time All-American and national champion with the Bruins. (Daily Bruin file photo)

UCLA women’s volleyball alumna Karsta Lowe will be a first-time Olympian on the 2016 U.S. team, USA Volleyball announced Tuesday morning. At 23 years old, she is the youngest member of the national squad.

Lowe competed for the Bruins from 2011 to 2014 before playing professionally in Italy and Puerto Rico.

The outside hitter came to Westwood under UCLA women’s volleyball coach Mike Sealy as a walk-on before ending her career as a national champion and two-time All-American.

As a senior, Lowe led the nation in kills and points per set with 5.96 and 6.60 respectively. The Rancho Santa Fe, California, native also paced the team with 33 aces on the season and was sixth in the Pac-12 in average service aces per set with .28.

In the 2015 FIVB World Grand Prix – her first tournament with the U.S. national team – Lowe was named MVP en route to securing a gold medal.

Kiraly, a four-time All-American for the Bruins from 1979 to 1982, won three NCAA titles under coach Al Scates. The outside hitter and setter went on to win three Olympic gold medals – two team medals in 1984 and 1988 and the inaugural gold medal in beach volleyball in 1996.

The winningest player in beach volleyball history, Kiraly helped the women’s national team reach the gold medal match at the 2012 London Olympics before falling to Brazil in four sets.

The women’s volleyball team enters the Olympics as the No. 1 team and one of the favorites to win gold. Lowe and the U.S. will start group play against Puerto Rico on August 6.