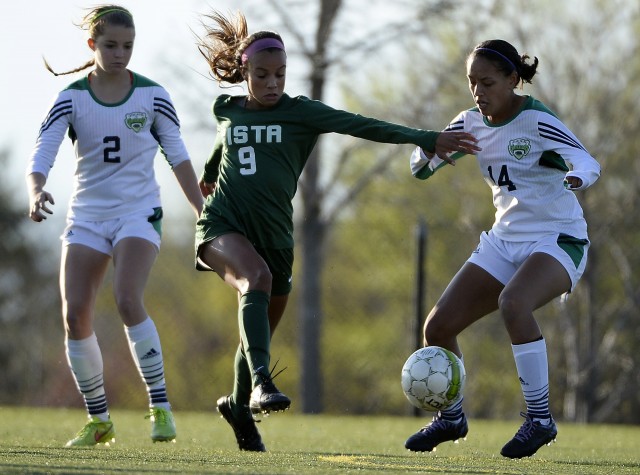 The first-time Olympian will be the second-youngest soccer Olympian in U.S. history at just 18 years old.

The No. 1 recruit in the nation earned her first cap with the national team this past winter, scoring her first international goal in a friendly against Ireland.

As a 17-year-old, Pugh became the youngest player in national team history to play in an Olympic qualifying game, helping the U.S. qualify for the Rio Olympics at the Confederation of North, Central America and Caribbean Association Football Women’s Olympic Qualifying Championship.

The Gatorade Player of the Year played all but one game with the U.S. this year, leading the team with seven assists.

Alumna Sam Mewis was also named to the Olympic team as one of four alternates. The midfielder was a integral part of UCLA’s championship run in 2013 and won the Honda Sports Award for women’s soccer the following year.

Another member of the incoming freshman class, Jessie Fleming, will represent Canada at the 2016 Olympic Games.

The women’s soccer team has advanced to the gold medal game of every Olympic soccer tournament dating back to 1996. Its only loss in the finals was in 2000 when it fell 3-2 to Norway. Since then, the U.S. has racked up three straight gold medals from Athens 2004, Beijing 2008 and the London 2012 Olympics.