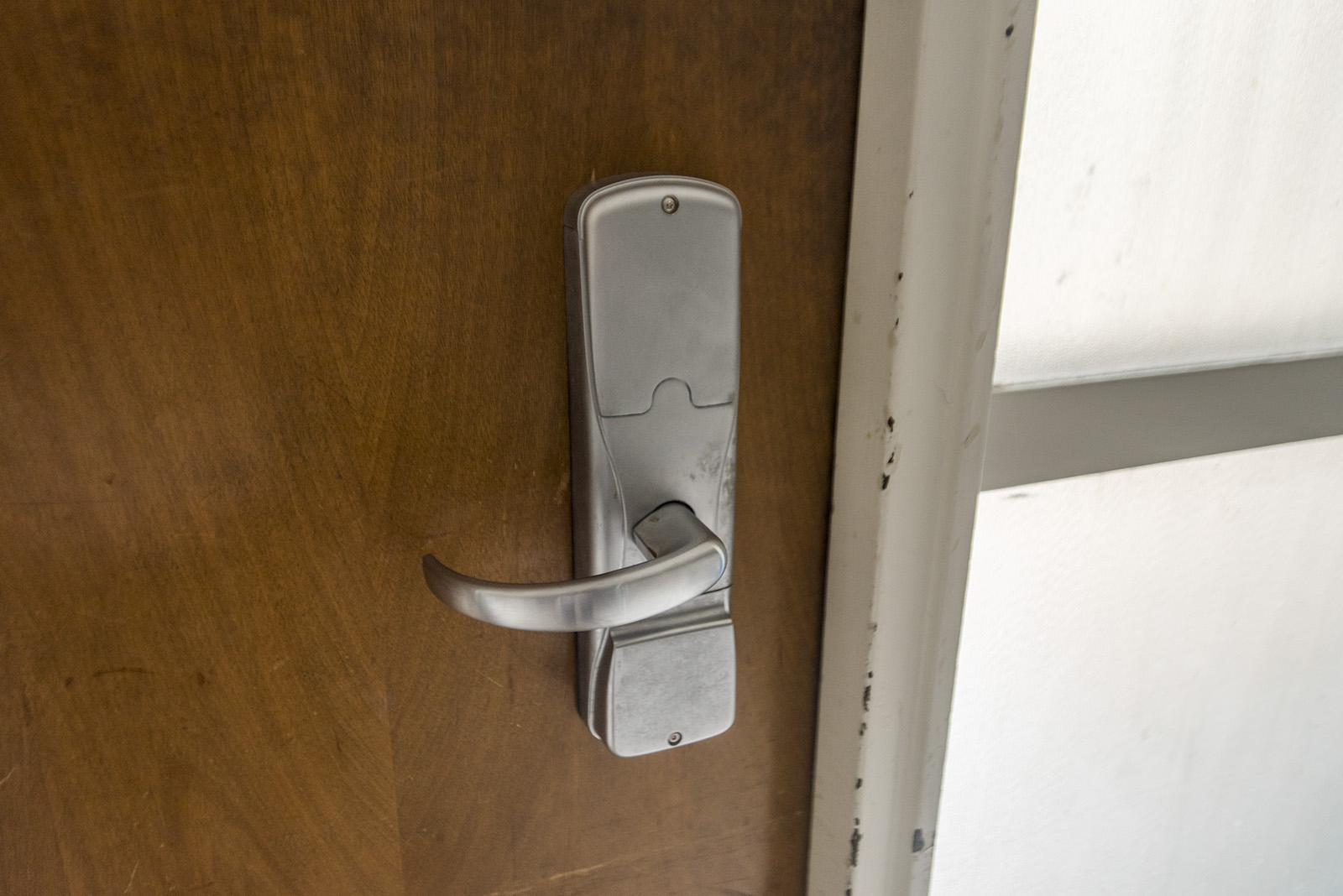 UCLA is looking for a way to remotely lock classrooms from a central location after the June murder suicide prompted fears of students and faculty unable to lock doors in the case of an active shooter on campus. (Mackenzie Possee/Assistant photo editor)

A committee will decide between different lock systems that would allow officials to lock doors from a central location in case of an emergency, said Art Kirkland, director of the Office of Emergency Management. The committee hopes to implement the locks in about 230 classrooms, which would cost UCLA administration about $1 million.

On June 1, UCLA officials sent a series of BruinAlerts telling students to find a secure location and that the campus locked down following reports of a shooting in Engineering IV. However, some students and instructors said they were unable to lock classroom doors.

Kirkland said no extensive locking system exists at any university, but there is a similar system already in use in residential hall rooms on the Hill. The committee has until Sept. 1 to find a system to suggest to Chancellor Gene Block.

The committee includes members of the Office of Emergency Management, Office of Information Technology, Facilities Management and the UCLA Fire Marshal’s Office.

Kirkland said he presented the idea of a remote lock system to UCLA administration last year, but officials began prioritizing the project after last month’s murder-suicide.

One challenge the committee faces is making sure any system they choose complies with fire codes, Kirkland said. The codes mandate all doors open outward with a single motion so people can exit classrooms easily in case of a fire, he said.

Some students said they think lockable doors could be an improvement, but that a remote locking system could actually add to students’ concerns during a crisis.

Roselin Campos, a rising fifth-year aerospace engineering student, said she thinks a remote locking system could make classrooms vulnerable to outsiders who might try to physically or virtually break in and disable it, even if the university restricts access to only campus officials.

She added she thinks it would be difficult for UCLA to implement such a new system because some buildings are old and would require rewiring.

Gabriela Morales, a recently graduated geography and environmental studies student, said she thinks any change that would make classrooms lockable during crises would be an improvement, but she thinks a remote locking system could be unreliable and costly because it would require modernizing buildings.

Morales and her classmates barricaded the door and the floor-length windows of their classroom on the ground level of Bunche Hall during the lockdown in June. She said they were worried about rumors that an active shooter was in the building because they did not know how to lock the door.

Kirkland said they decided to pursue a remote locking system to ensure all doors can lock during a campus lockdown. He also said classroom doors would need to remain unlocked from the inside to comply with fire codes.