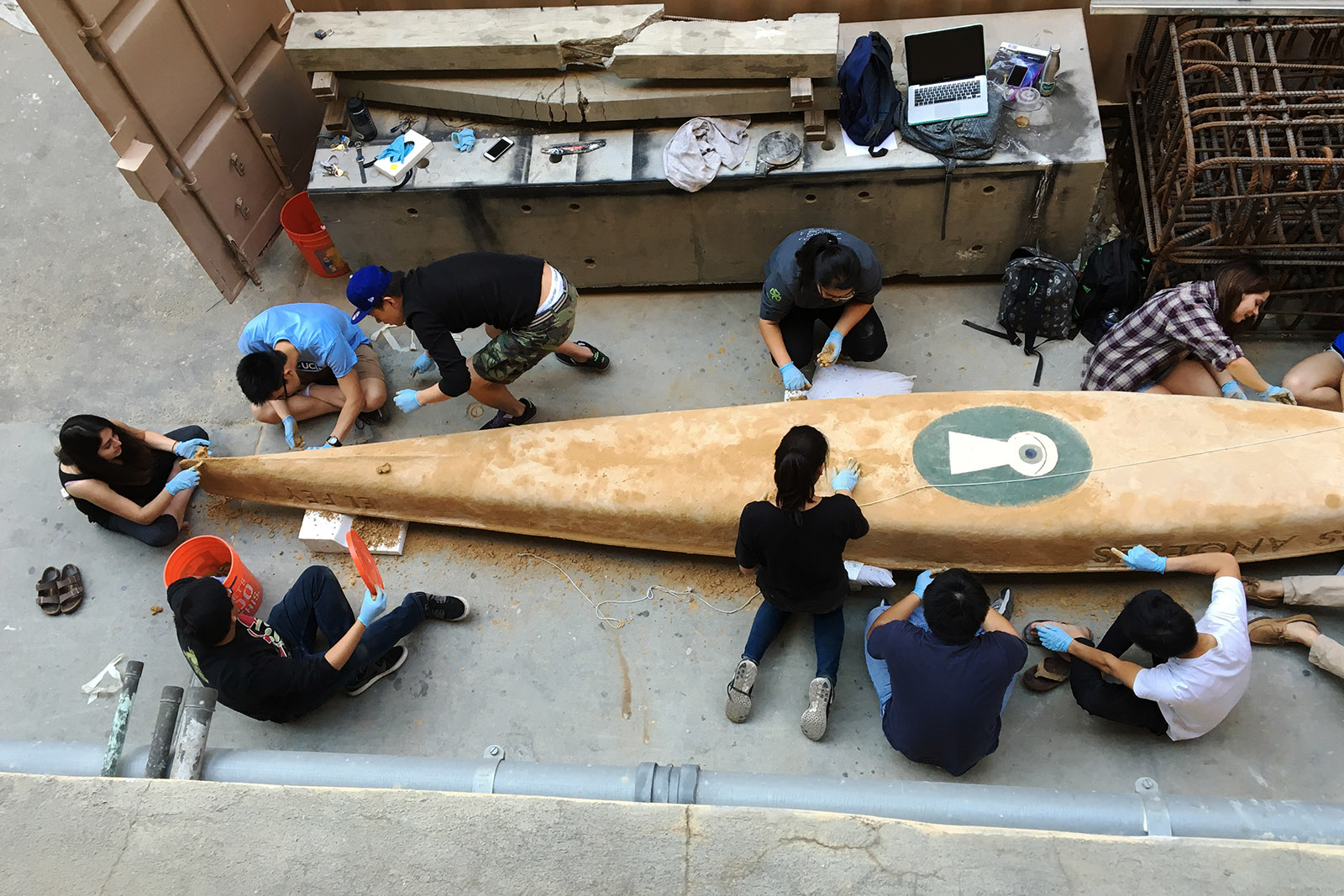 Civil engineering students will paddle in the waters of Marina del Rey in their self-built canoe this fall.

But the team is already gearing up for next year’s competition by designing a new canoe and recruiting proficient paddlers.

Maxwell Armenta, the team’s former project manager and rising fifth-year civil and environmental engineering student, said the students usually start the project in summer, when the team reaches out to companies for funding for material donations. In the fall, the team will design the hull, mix concrete and build the mold to cast the canoe. Then, the team will cast the canoe out of the mold either at the end of fall or the start of winter quarter.

Casting is a process by which liquid concrete is poured into a mold. Once the concrete solidifies, members will break the mold to create the canoe.

Heather Wong, a team member and rising second-year civil engineering student, said she thinks a major challenge next year is maintaining the quality of work because many seniors who led the team to win the regional competition graduated in spring.

Since many members in the leadership team are young and have not taken mechanical design classes and the hull design has worked well for the past few years, the team will focus on other aspects of the canoe-making process, de Ropp added.

One of the the team’s focuses this year is to cast the canoe out of its mold faster, de Ropp said.

“Concrete sets within a matter of hours,” de Ropp said. “If we cast it for longer than that, new concrete won’t bond chemically with old concrete, causing a process called ‘cold jointing,’ which weakens the canoe structurally.”

Mahsa Sheykhsoltan, a member of the team and a rising second-year civil engineering student, said the team tries to come up with a theme that can be physically incorporated into a canoe’s shape. She added they try to create an original design that other schools haven’t come up with yet.

Last year, the canoe’s theme was 1920’s speakeasies, Sheykhsoltan said. They designed their canoe to have a simple exterior with more complex and colorful designs on the inside.

“We modeled the inside of the canoe to assemble a bar, with silhouettes of people behind the counter on one side and the bottles on the other side with a bar mat in the middle,” Sheykhsoltan said.

Leslie Payne, director of Student and Younger Member Programs at ASCE, said she thinks the project is fun, but also prepares them for professional situations by helping them gain the ability to persevere through tasks.

“Not only do the students mimic the work that civic engineers always do, like material design and making concretes, but they also expand their learning beyond classrooms and learn to productively solve problems and to coordinate as a team,” Payne said.

Wong said she is thankful for the hands-on experience, but values the friendships she developed with the team members most.

“It’s crazy how quickly one bonds with another after working many hours together towards a common goal,” Wong said.