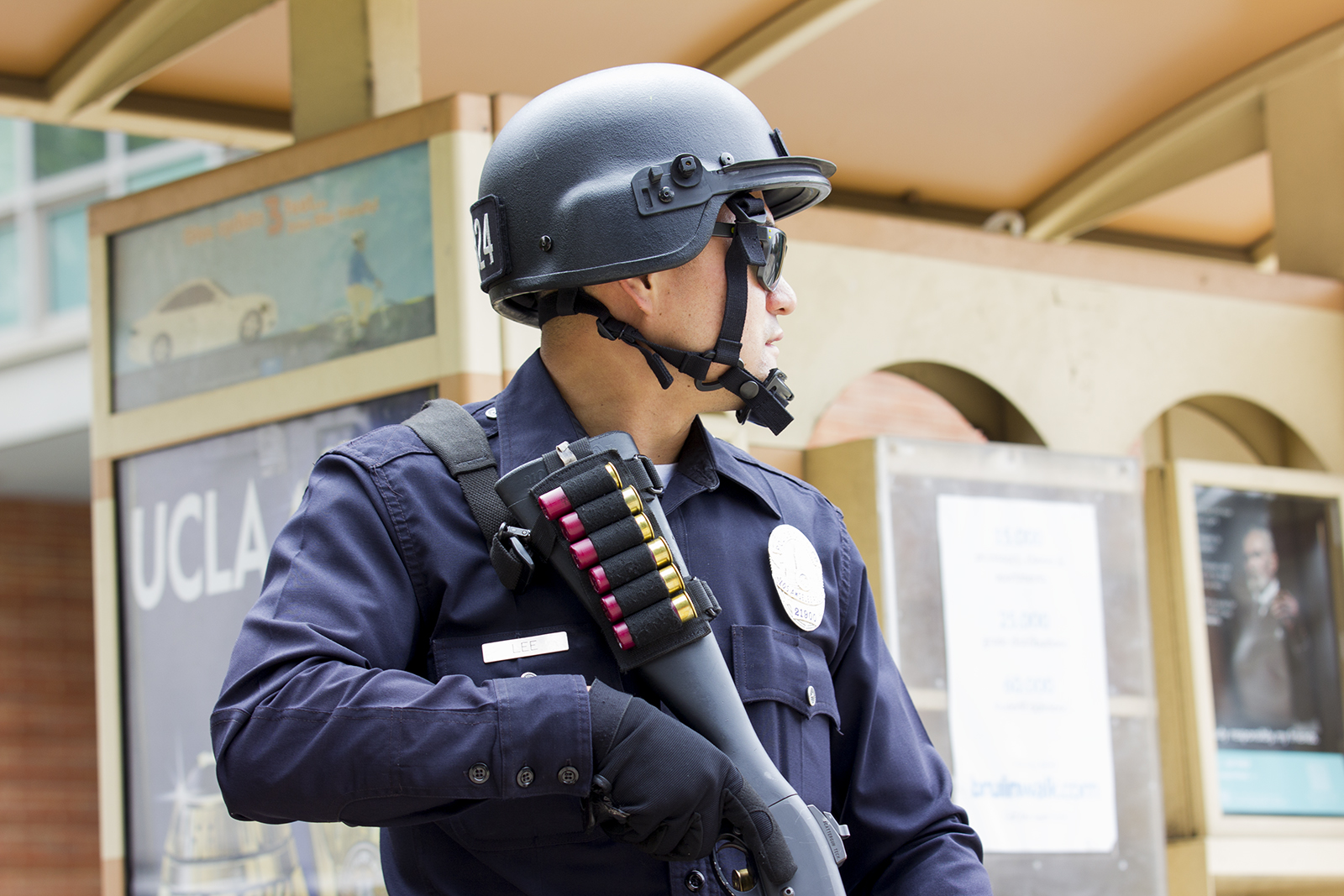 By Roberto Luna Jr. and

The shooting took place in a small office around 10 a.m., said Los Angeles Police Department Chief Charlie Beck at a press conference. Both the shooter and another person died at the scene.

Several news agencies reported William Klug, a UCLA mechanical and aerospace engineering professor, was killed in the shooting. Klug earned his master’s degree from UCLA in 1999 and led the Klug Research Group, which studies theoretical and computational biomechanics.

UCLA officials would not confirm the identity of the deceased. Beck said only the coroner’s office is authorized to release identifying information, and the LA County Coroner’s Office declined to release the information.

Officials said LAPD will continue to investigate the incident as a homicide. Beck said some officers reported evidence of a suicide note, but the note has not been confirmed.

The shooter, a male adult, was found dead with a gun. Officials said they could not release more information about the shooter’s identity.

The campuswide lockdown was lifted around noon, and most buildings reopened around 12:10 p.m. Officials instructed people to avoid Westwood Plaza.

Police began to let people into the Engineering IV building to reclaim their belongings at about 2 p.m. Officers said they would let students out of the building after they had cleared each floor.

Classes in the Henry Samueli School of Engineering and Applied Science are canceled for the rest of the week, said Executive Vice Chancellor and Provost Scott Waugh in a press conference. Other classes will resume Thursday, and all finals will continue as planned.

Elaheh Alizadehbirjandi, a graduate student in mechanical engineering, said she heard people yelling in the hallway when she arrived to work on the fourth floor of the Engineering IV building at about 9:40 a.m.

She said she heard people tell a man to drop his gun and turn himself in, and locked herself in her office.

Officials sent a Bruin Alert at about 9:50 a.m. to instruct students and faculty to stay in secure locations and lock buildings and classrooms.

Jenny Hu, a second-year financial and actuarial math student, said she was in a computer science lab on the second floor of the Mathematical Sciences building when she received the notification.

“It was a really tense moment, and nobody knew what to do,” she said. “We locked all the doors, shut off computer monitors and turned off the lights.”

Duy Ngo, a fourth-year biochemistry student, said classmates tied a wire to the door to prevent people from entering their classroom in Young Hall. Ngo said about 10 armed police officers forced entry into the room without announcing their presence, so students were unsure whether they were shooters or police.

“I immediately put my hands up because I didn’t want to get shot at,” Ngo said.

Emily Erickson, a doctoral student in urban planning, was teaching in Perloff 1102 during the shooting. She said she wasn’t able to lock her classroom door without a key.

“I asked another student to come and try to help me physically barricade the door,” she said. “It was a relief when one of the maintenance women came to lock the door.”

A GoFundMe campaign was started to support Klug’s family. The undergraduate student government will host a candlelight vigil Thursday in Bruin Plaza at 8:30 p.m. to honor Klug.

This post will be updated as more information becomes available.