Lost in Boelter: Finding a way out 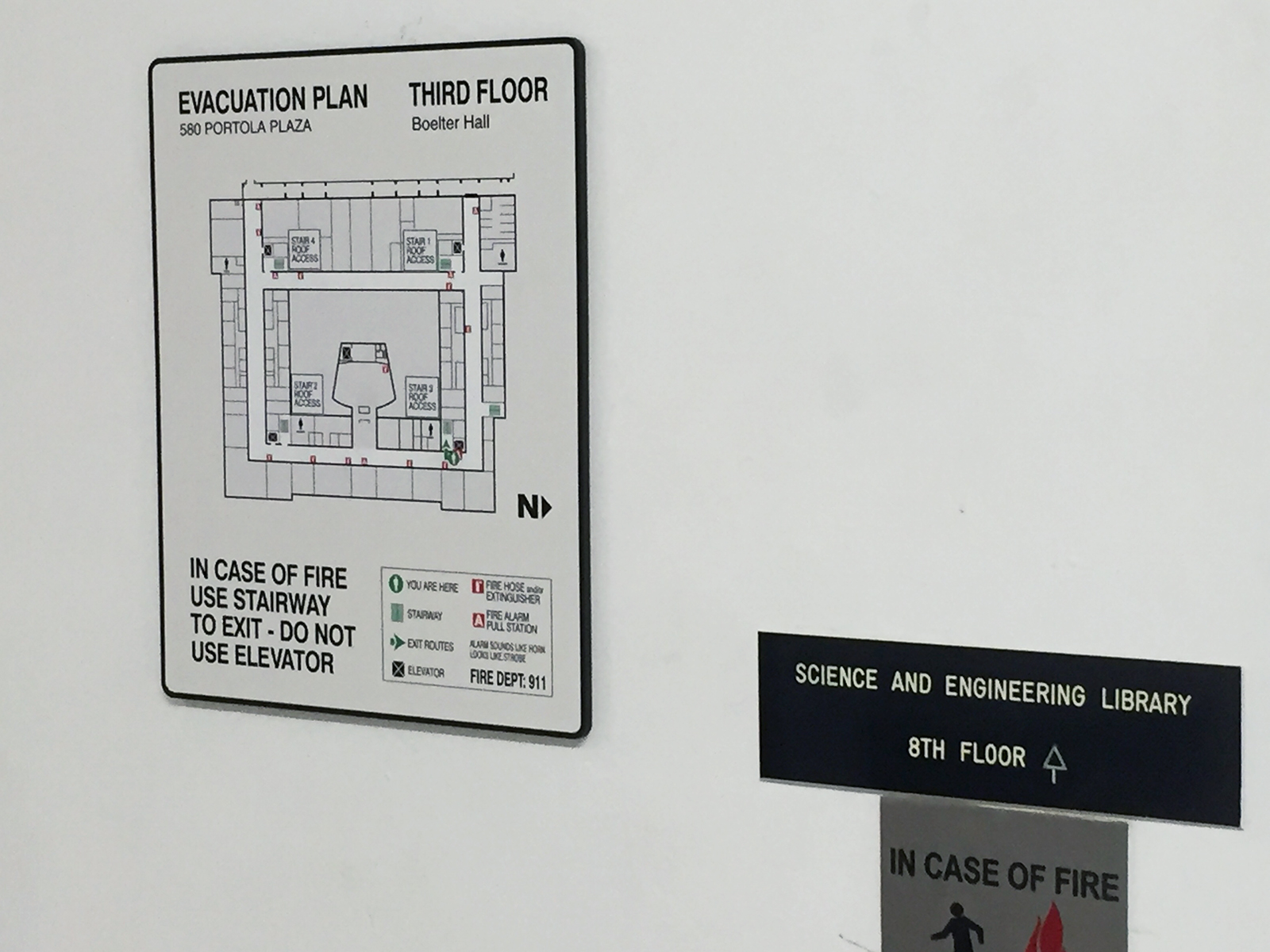 Communication is key in computer science.

However, communication between computer scientists and the general public is also essential to advancements in the field. Technical support may come to mind as a potent example, but what I’m talking about is more powerful: educating the end-user about technology.

Power to the user

Often times the people who convey ideas and developments in computer science to the public aren’t necessarily the ones who know much about it or are have studied the field. This is true of many other fields of study as well.

While groundbreaking scientific findings are reported to the scientific community through academic journals, the general public is usually only educated about them through the efforts of journalists and magazine writers. Though these writers aren’t always fully educated about the subject matter they are presenting, they are expected to conduct the necessary background research to convey accurate and understandable news. However, if these writers don’t do their due diligence, there can be instances of misinterpretation or misinformation. With a field as widespread in our society as computer science, these occurrences can have drastic ramifications.

One need only look at the recent debate over privacy between Apple and the FBI as an example of this. Arguably, it wasn’t until this debate, which began over disagreement about unlocking an iPhone that was linked to a criminal investigation, that the general public became aware of concepts such as encryption and user privacy. Ideologies aside, the divisiveness of what was seen as a black-and-white issue demonstrated that the people who conveyed information about the debate – namely mainstream media outlets – didn’t quite grasp the nuances of the subject matter itself.

Apple had designed the encryption scheme of the iPhone such that its developers would not have access to the encryption key. The simplistic notion that Apple needed only unlock the phone, as if it had some sort of master key, fails to take into consideration the fact that breaking the encryption would have required breaking the integrity of the encryption scheme – a gesture which can be seen as a slap on the face to iPhone user privacy. That’s not to say that both sides of the debate didn’t have valid points, but it goes to show that the issue wasn’t as binary as the mainstream media depicted it to be – a miscommunication which could have been sorted out had members of the media been educated about the technical matter at hand.

The issue of ill-informed end-users doesn’t just stop at ideological debates, however. Ill-informed users can make decisions that can compromise entire systems’ security, and conveying ideas such as threat modeling and personal computer security is essential to protecting digital infrastructures and safeguarding confidential information. For example, a massive data breach of the UCLA Health System in 2015 was allegedly caused by an employee opening an email attachment that offloaded malicious software onto the system’s network. That risk, however, could have easily been prevented through user education.

Of course, it’s naive to believe the entire general public can be educated about concepts in computer science – that’s what field-specialization is for. However, the prevalence of computerized technologies in our present-day society and the ramifications of uneducated users underscores the need for a bridge between the computer scientist and the public – a bridge where complex ideas can be toned down and expressed in a way that is understandable to people untrained in computer science.

I’m not saying that just because I write for a newspaper, but because it only takes one or two seminal works to break the boundaries and stereotypes surrounding computer science, changing public understanding and opinion about the field. It is the efforts of writers, bloggers and speakers who represent the computer science community that serve to not only accurately express the underpinnings of key concepts that dominate our present-day technologies, but also to humanize the field itself.

Certainly, not everyone can write or express themselves well to begin with, but considering computer science is much like an art in itself, it’s not farfetched to say practice makes perfect.

Everyone gets lost in Boelter Hall at some point in their time at UCLA. For some, it only happens once, but for others, like myself, it’s recurring.

While that may seem irksome, getting lost in Boelter is more than just losing track of where the exit is; it’s also about immersing oneself in a field of study and not knowing how to get out – or even wanting to get out, for that matter. And to those outside that particular field of study, it may be hard to see how such immersion is possible.

Though I sometimes complain about the difficulties of the computer science curriculum at UCLA, I can’t help but qualify my frustration by stating that computer science is beautiful. To those around me, it may seem like I’m saying that just because of the job security or the cool T-shirts I get at hackathons, but as many computer scientists would agree, there’s more than just materialism that makes the field appealing.

What I’ve sought to capture in “Lost in Boelter” is the idea that computer science isn’t just about poorly dressed people sitting in front of a computer and coding their brains out, but an expansive universe that encompasses an entire way of thinking in itself.

Computer science carries with it the fundamental belief that every problem can be solved methodically. While that may seem like an audacious proposition, it’s optimism incarnate and to pursue a career in computer science is to embrace that hopeful, forward-thinking mindset.

If that kind of living isn’t beautiful, then I don’t know what is.