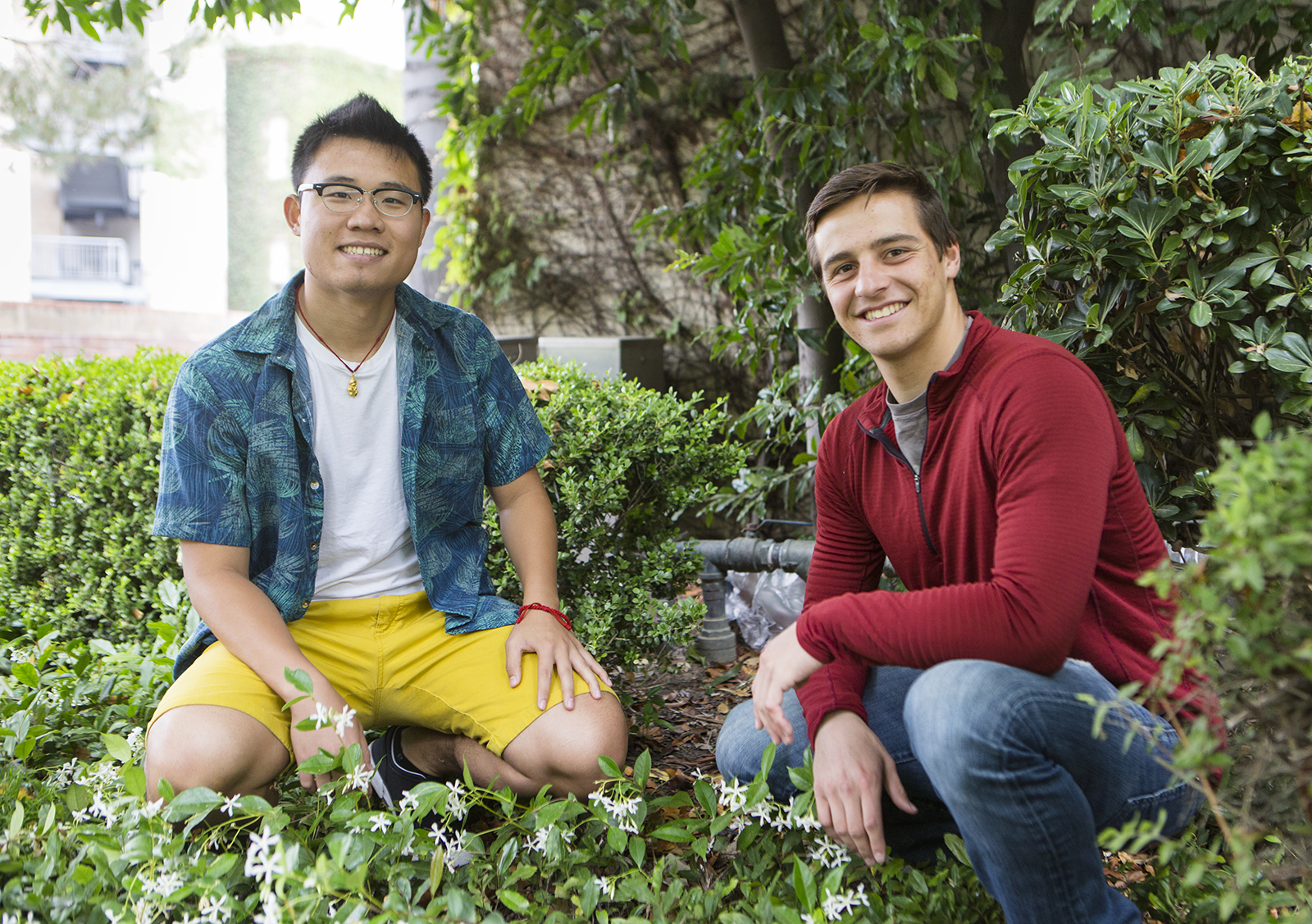 The Green Initiative Fund awarded a grant to UCLA students to build a campus rainwater capture system. The system could save more than one million gallons of water per year.(Jennifer Hu/Daily Bruin)

Five students received an $18,000 grant in early May to install a storm water capture system on the UCLA campus.

Students on UCLA’s Sustainability Action Research’s Resilience Team plan to build a 200,000-gallon capture system that could save 1.22 million gallons of water per year, said Austin Park, a team leader and third-year civil and environmental engineering student. The team will present its plan for building the system in Ackerman Union on Sunday.

The Green Initiative Fund awarded the grant to the team on May 2, as part of the Sustainability Action Research program. The program, established by the Institute of the Environment and Sustainability, works toward increasing campus sustainability, said research director Denita Toneva. The Resilience Team is one of seven student groups that participate in the SAR program.

In 2015, TGIF awarded an SAR team $88,000 to install solar panels on the roof of John Wooden Center and Ackerman Union, Toneva said.

Adam Gushansky, a Resilience Team leader and third-year environmental studies student, said the storm water capture system will connect to UCLA’s irrigation system and supplement water supplied by the Los Angeles Department of Water and Power. It will also collect rain from Court of Sciences buildings to prevent runoff damage and serve as an emergency water supply for the university, Park said.

“Our goal is to help UCLA produce a specific resilience plan for the campus that can be used for decades to come,” he said. “Currently, we are the first university to develop an effective resilience program.”

Students will use some of the award money to hire engineers, architects and workers to build the system. The team is working with Nurit Katz, their stakeholder and UCLA’s chief sustainability officer, to determine how much the project will cost.

Gushansky said he thinks the project will cost more than $18,000 to complete. Once the project is fully funded, the team will begin the design and construction process for the project, he added.