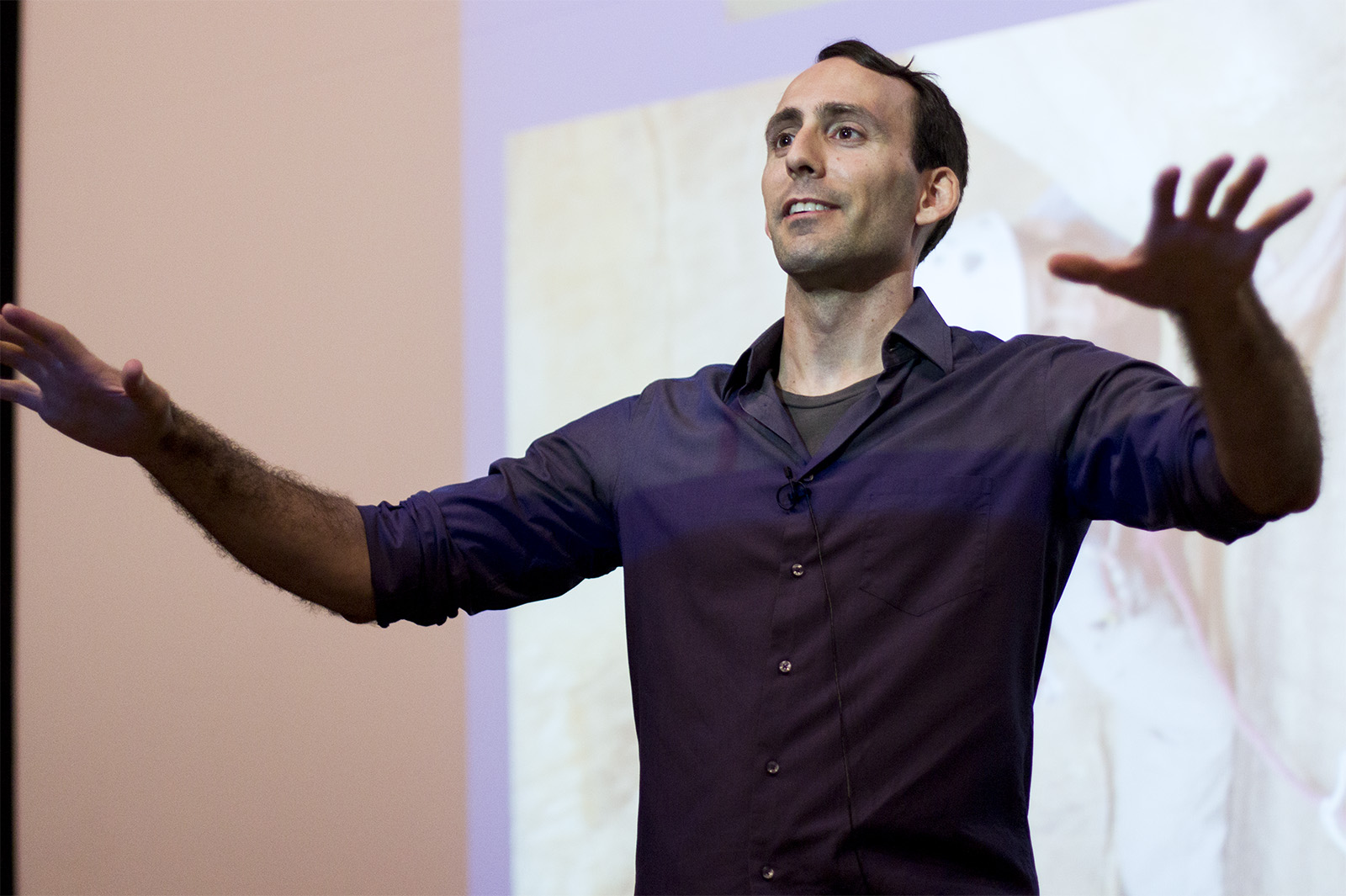 Will Conley, an assistant adjunct professor of mathematics, won the My Last Lecture Award on Tuesday. (Kathy Chen/Daily Bruin)

Throughout the school year, Will Conley spends many nights at UCLA, coaching students in his review sessions and greeting them not only with firm handshakes and polite hellos, but also hugs, requests for selfies and laughs.

Conley, an assistant adjunct professor of mathematics, won the My Last Lecture Award on Tuesday. The award, which is organized by the UCLA Alumni Scholar’s Club, honors professors who have made a positive impact on UCLA students through their classes.

Conley teaches several prerequisite mathematics courses, like Math 32A: “Calculus of Several Variables,” and LS 30B: “Mathematics for Life Scientists.” Students recognize Conley for his devotion to his lessons and the time he dedicates to students.

Conley said some of his undergraduate engineering instructors at the Virginia Polytechnic Institute and State University avoided using math to explain engineering principles. The lack of mathematics guidance in his classes motivated him to pursue a degree in mathematics and engineering.

He later became a teaching assistant at Virginia Tech, where he said he was inspired by students’ inquisitiveness. In 2012, Conley began teaching mathematics at UCLA.

“I view the class as a forum for discussion rather than a setting where I am the only one to talk,” Conley said. “It is pretty simple; I put myself in students’ shoes and attempt to make mathematics relevant to them.”

Next year, Conley will be a lecturer with Potential Security of Employment, or PSOE, he said. The position will allow him to spend more time teaching than conducting research. Conley said that typically, lecturers at UCLA do not have as much job security as lecturers with PSOE.

“It is a new, yet rare position,” Conley said. “It took a little bit of a push to develop this position in order to increase teaching quality among the UC system.”

Yunong Jiang, a second-year computer science student in Conley’s class, said he thinks Conley is a great teacher because he carefully plans lectures and dedicates time to students.

Jiang said Conley waits in his office past his intended office hours until no more students are in the room.

Even after his lecture, Conley has stayed talking to students until he is removed from the auditorium by event organizers, Jiang said. Conley and his students sometimes speak for about an hour after his lectures end.

Hannah Chung, a first-year psychobiology student, said Conley makes an effort to know every one of his students. She added Conley knows about their strengths and weaknesses and how to get along with them.

Shabnam Tabesh, a fourth-year communication studies student and vice president of the Alumni Scholars Club, said Conley was one of the most humble individuals she had met.

Tabesh, who presented the My Last Lecture Award to Conley, said Conley questioned whether he was the actual award recipient.

Conley said he should not take full credit for the award.

“My students tell me that I make math great,” Conley said. “It is the students, too, who make math great and make my experiencing teaching math exceptional.”