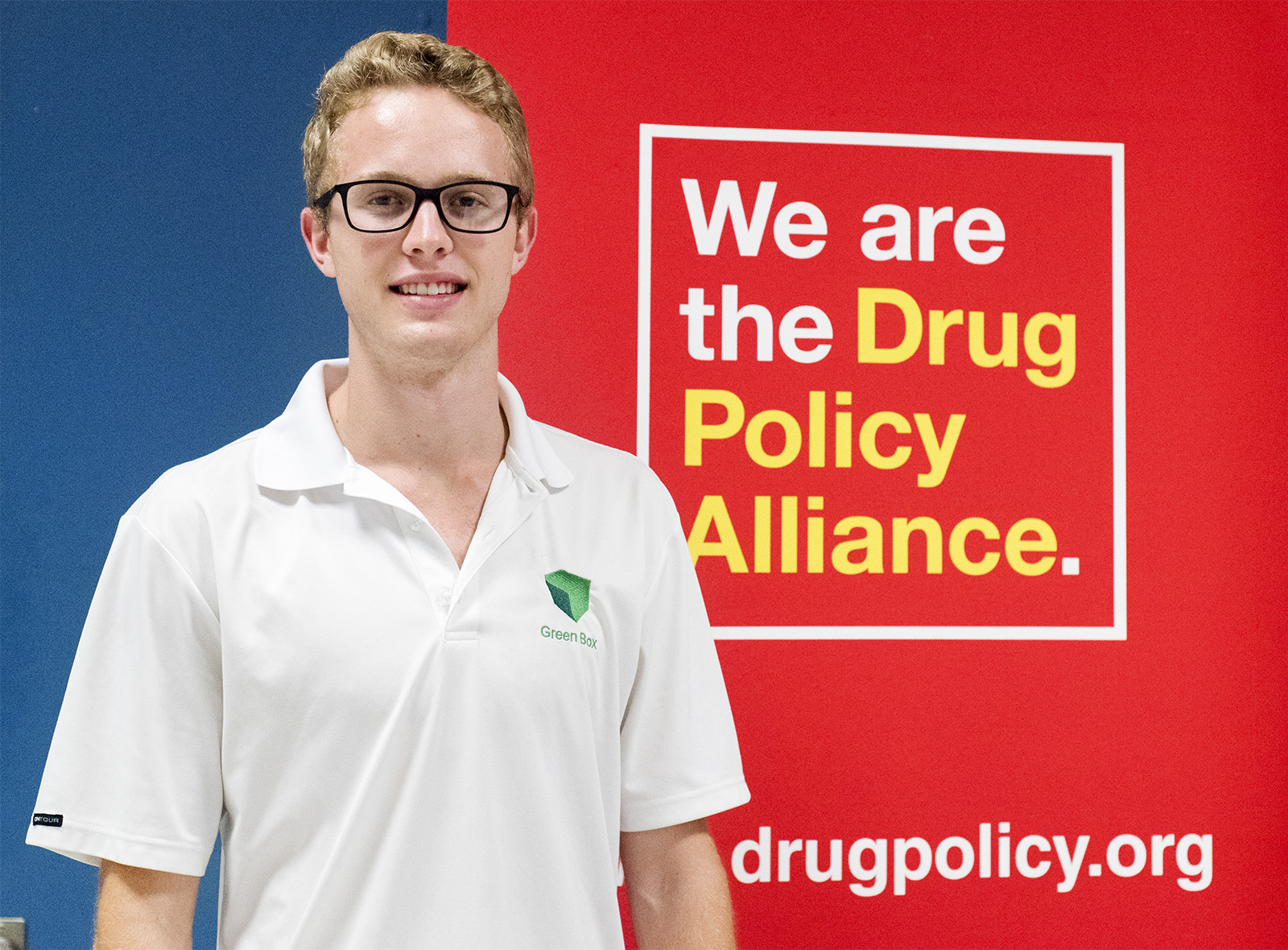 By Laurel Scott and Andrea Henthorn

Medical marijuana was the only drug that improved Christian Kramme’s stomach pain after spending two years in and out of hospitals.

Kramme, a second-year microbiology, immunology and molecular genetics student, believed he had pancreatic cancer when he began experiencing severe stomach pain and a lack of appetite in 2012. His doctor recommended he use medical marijuana to ease the pain after ruling out cancer. By summer 2015, he was cured.

“He was skinny and gaunt, like a skeleton,” said Connor Kramme, Christian’s brother. “(After using cannabis) he was actually able to eat again.”

Today, Christian Kramme is the founder and chief executive officer of a company that delivers medical marijuana called Green Box Medical Inc., which operates around the UCLA and UC Berkeley campuses. He said he patented a design for a medical marijuana vending machine in 2015.

Marijuana, even if it is prescribed, is illegal under federal law and prohibited in UCLA dorms and on campus. However, medical marijuana is legal in California.

Christian Kramme said he decided to start the business with his older brother and father after noticing many college students needed medical marijuana.

“We are striving to make a way for students who have demonstrated medical need to have a secure, reliable and discreet way of obtaining cannabis,” Christian Kramme said.

The business started at UCLA last December and expanded to UC Berkeley this February. He said the business makes between $10,000 and $20,000 a month delivering to the two locations.

Growing up as a member of a Mormon church, Christian Kramme said his medical marijuana usage ostracized him from the church community.

“Being a parent I was always pretty firm with my sons to stay away from those kind of illicit drugs,” said Mark Kramme, Christian’s father and president of the business. “We were like the majority out there that had clearly been misled about the medicinal effects of cannabis.”

Christian Kramme added his mother and three sisters initially did not agree with him using cannabis because it went against their religious beliefs. His family didn’t want to support his involvement in the marijuana industry because of the stigma associated with it.

Within the last three months, Christian Kramme said his family has become more accepting of his medical marijuana usage and his business.

“(Christian is the) CEO of our business and he’s still maintaining a 4.0 (GPA),” Mark Kramme said. “I’ve worked with so many people in small businesses before, but I’ve never worked with anybody like him.”

Christian Kramme said his medical marijuana distribution business is within the university and state laws because he delivers cannabis off campus to students with prescriptions and California identification cards.

By the end of the year, Christian Kramme said they hope to extend the business to other University of California campuses, such as UC Santa Cruz, San Diego and Santa Barbara. He added they will also open another location in Santa Clarita this week.

Christian Kramme patented a design last year for an autonomous cannabis dispensing unit called Green Box Dispenser. The dispenser, which he is funding with the money he raised from the business, would function like a portable medical marijuana dispensary. Kramme said he expects it to be available in 2018.

The machine would bag and seal the product discreetly so it would not be seen or smelled when it is dispensed, Christian Kramme said.

Kramme added he disagrees with people who say putting marijuana in a vending machine will open access to it.

The machine will use ultrasound to scan vein patterns in an individual’s hand to confirm the identity of the person using the machine. He added the client will also have to upload identification material to the company website to receive medical marijuana.

Justin Pank, a second-year physics student and co-owner of Green Box Medical Inc., said he hopes the business can use its funds for marijuana research at UCLA.

Pank said because the Drug Enforcement Administration does not classify medical marijuana as a federally accepted medical treatment, marijuana research is limited.

Christian Kramme officially ratified a chapter of Students for Sensible Drug Policy on the UCLA campus in April to advocate for the medical marijuana industry and drug policy change within the UCLA community.

“Cannabis is here, and it’s just going to get larger,” Christian Kramme said. “We have to figure out a way to make it not interrupt society.”