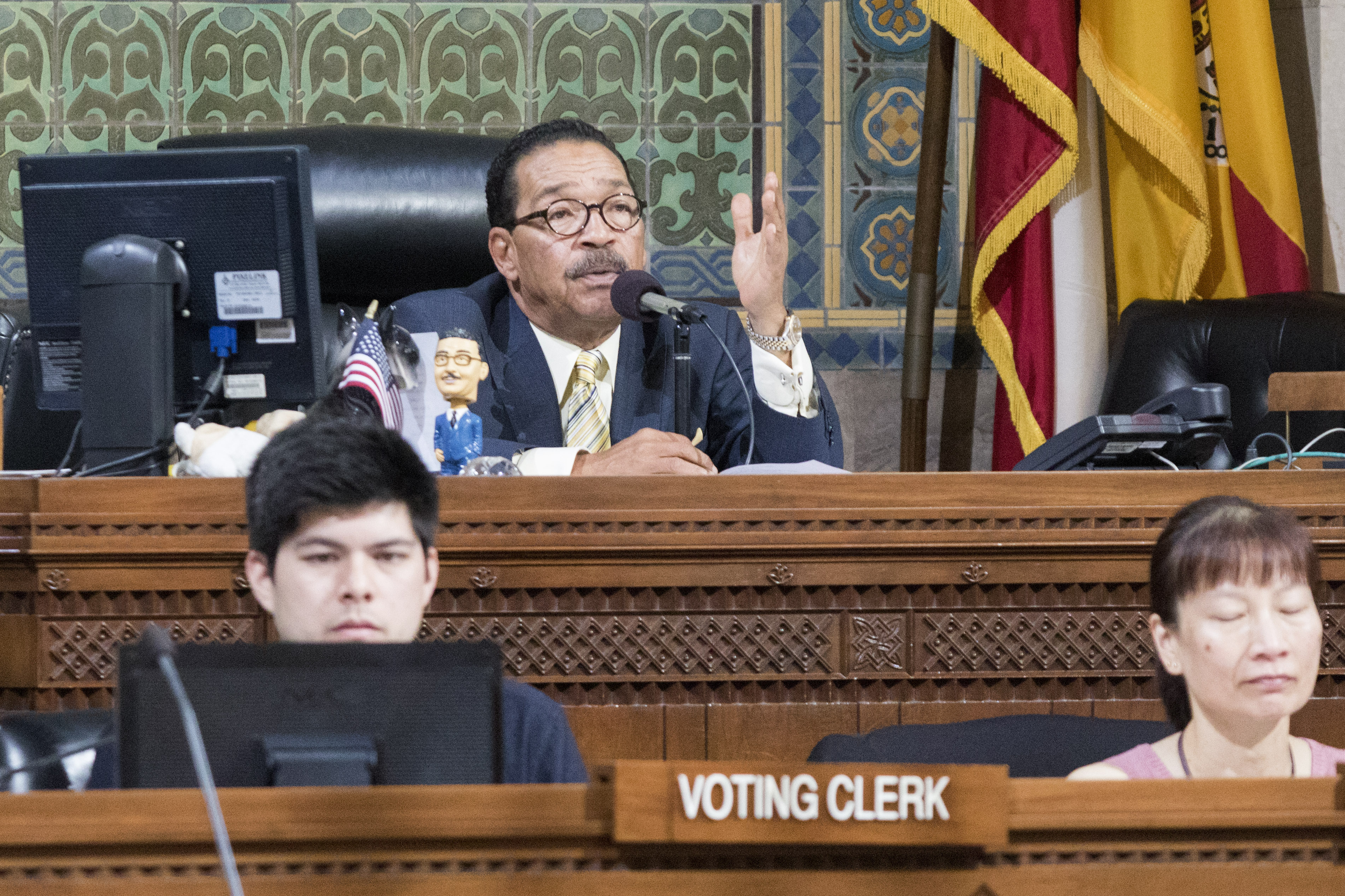 The bike lane proposal, a part of the Mobility Plan 2035, will add bike lanes, bus lanes and sidewalk improvements across the city over the next 20 years. The council voted 10-1 to move the proposed bike lane from Westwood Boulevard to Gayley Avenue, which becomes Midvale Avenue south of Wilshire Boulevard, between Le Conte and Ohio avenues.

City Council member Paul Koretz, who represents Westwood and surrounding neighborhoods, said he proposed the change because he thinks Westwood Boulevard is too dangerous and congested to safely accommodate a bike lane. He added he thinks the city should be encouraging cyclists to use different streets, such as Gayley and Midvale avenues.

If Mayor Eric Garcetti and the commission reject the change, the City Council would need a three-fourths vote to implement it, said LA city planner Claire Bowin at the council’s transportation committee meeting Wednesday. Council member Mike Bonin was the only member to vote against the change at Friday’s meeting.

Bonin also voted against the proposal at a previous meeting, because he said he thinks it’s important for the bike network to be continuous, as it was created. The planning commission recommended the planned Westwood Boulevard lane remain in the network at a public hearing in February, and Garcetti previously supported conducting more research on the lane’s impacts before removing it from the plan.

At previous meetings, the planning commission and pro-bike residents said they opposed Koretz’ proposal to remove the lane on Westwood Boulevard from the plan, because they thought it would create a gap in the network.

Koretz said city officials will still study Gayley Avenue and other alternatives, but he wanted to remove Westwood Boulevard from the plan sooner because he may not serve on the council by the time the studies are complete.

“Even though there’s going to be much more discussion, I don’t want to advantage the route I think is most dangerous,” Koretz said.

In the past, representatives from UCLA Transportation and the Westwood Village Improvement Association said they did not support changing the plan to allow for future study, because they think Westwood Boulevard is the most direct route.

After the planning commission and the mayor vote, the full City Council will revote to finalize the change.