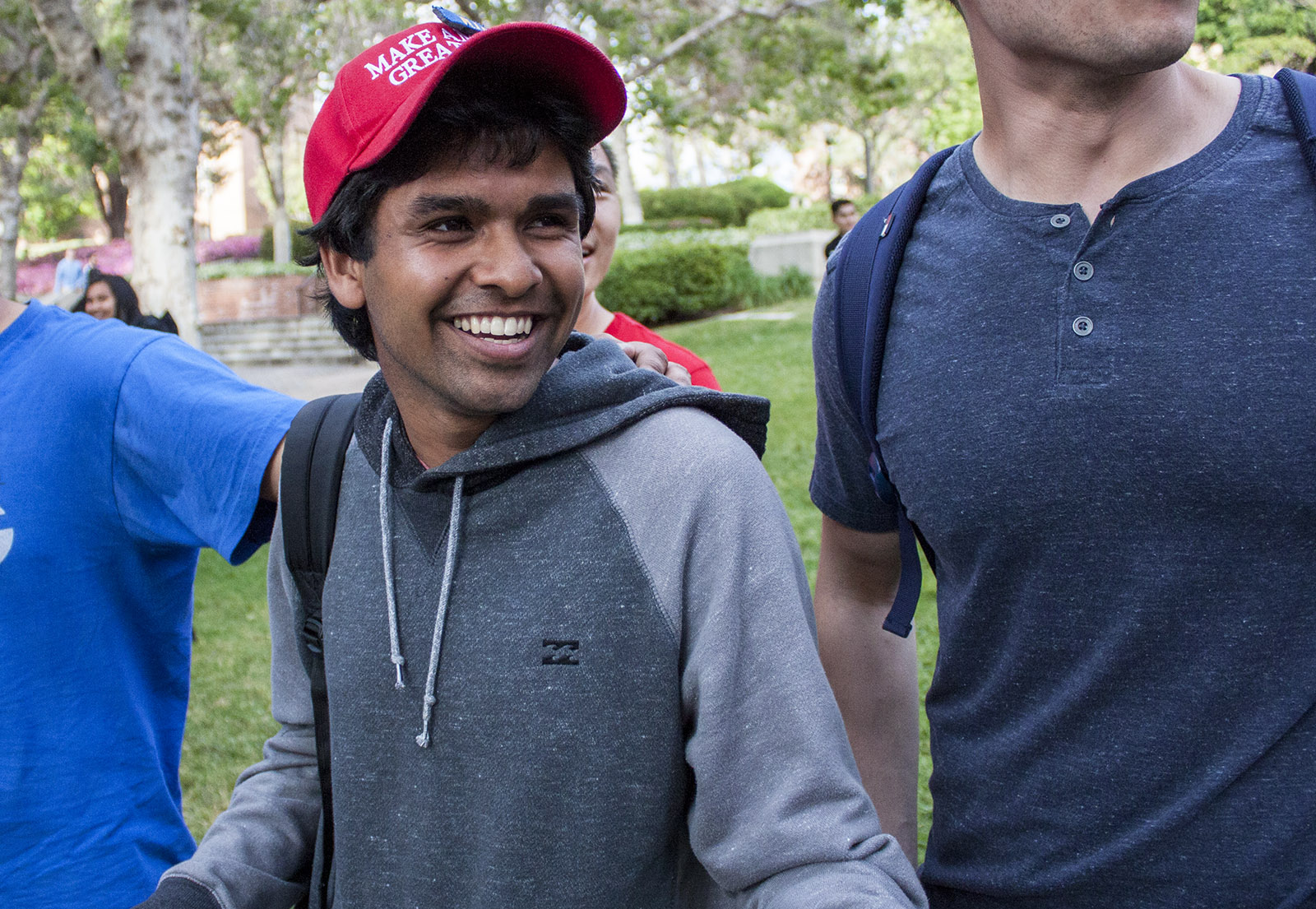 The original version of this article incorrectly stated that the public Court of Hearing will take place directly after the preliminary hearing.

MakeUCLAGreatAgain candidate Shubham Goel submitted a petition asking the USAC Election Board to disqualify the Social Justice Referendum and call a re-vote for all contested candidates in last week’s undergraduate student government election.

Goel, the sole candidate who ran under the slate MakeUCLAGreatAgain, filed the petition to the USAC Judicial Board, which accepted it Friday afternoon. The judicial board will hold a hearing Wednesday night to decide whether it agrees with Goel, who argued the election board should continue to accept complaints or alleged USAC Election Code violations after voting ended 3 p.m. on May 6.

The petition doesn’t aim to highlight what Goel called unfair practices of the election board, but instead aims to challenge the entire undergraduate student government for its corruption, Goel said. He added he thinks filing a petition against the election board was one of the only ways to do so.

The election board rejected another complaint, which alleged members of Bruins United posted a flier on a bulletin board in a campus building, because it was filed after voting hours, according to the petition. The election board did not issue a sanction, stating all complaints should have been filed prior to the conclusion of voting hours, according to the investigation report.

Goel said he is calling for a re-election of all contested positions because he believes the election board did not fairly sanction Bruins United.

Munir Griffin, CEO and founder of the Westwood Village Entertainment Group, said a representative of the Social Justice Referendum asked the group to perform.

“I thought we had support from candidates from all slates,” Kiang said. “It begs a disturbing question whether some (who we thought were) supporters are actually against our referendum.”

USAC Election Board Chair Lindsay Allen said her office is looking into the petition.

The judicial board will hold a private preliminary hearing at 7:15 p.m. Wednesday.