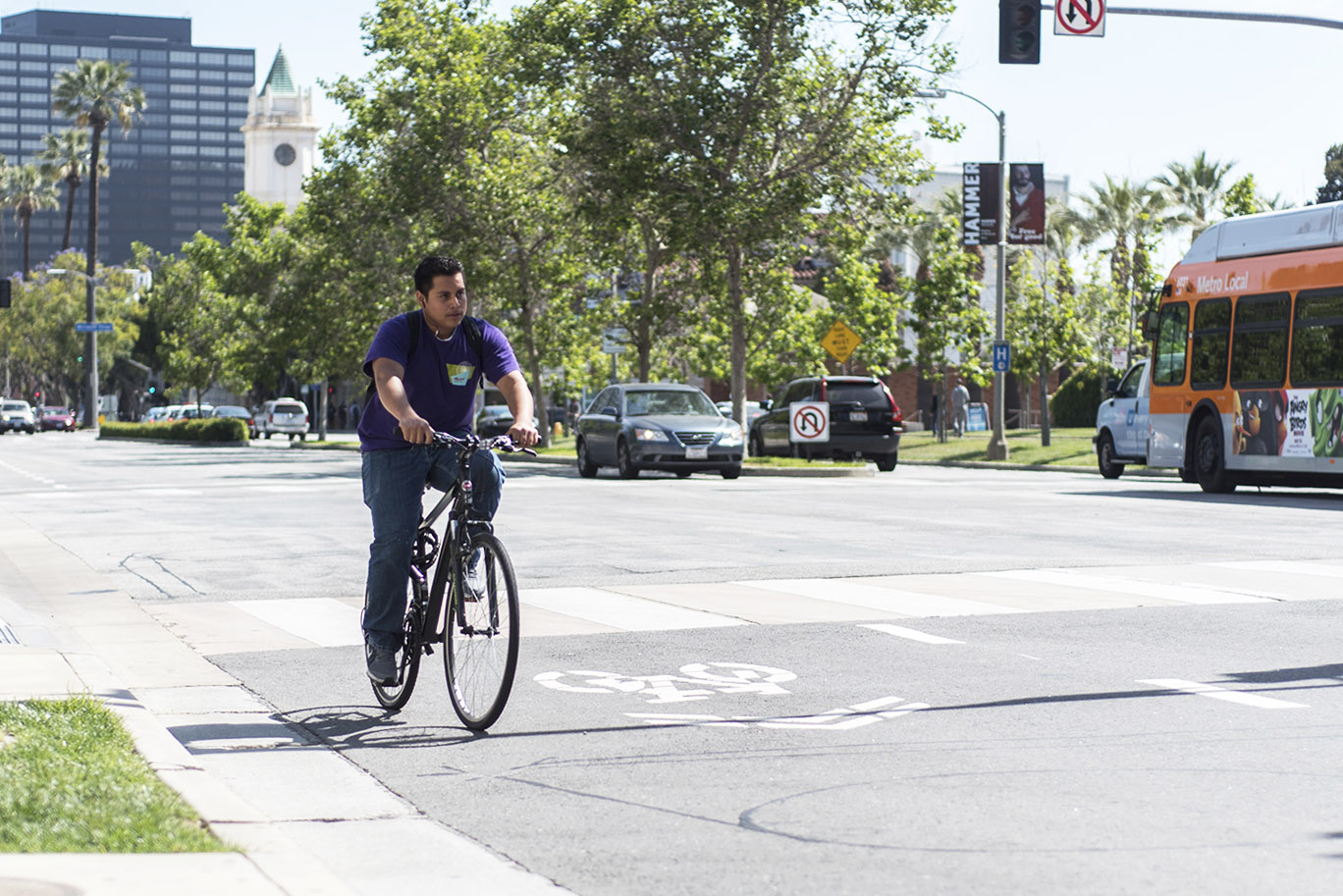 The Los Angeles City Council will vote Friday whether to move a planned bike lane from Westwood Boulevard to Gayley and Midvale avenues.

The council’s transportation committee met Wednesday to discuss possible amendments to the Mobility Plan 2035, which would add hundreds of bike lanes, bus-only lanes and pedestrian improvements throughout the city.

Koretz has said he opposes the planned segment on Westwood Boulevard between Le Conte Avenue and Wellworth Avenue since it was first suggested in 2013. He first proposed an amendment to remove Westwood Boulevard from the plan last August when the council first approved it, citing traffic and safety concerns.

“I very much support a bike lane in the greater Westwood Village area, just not on the already-congested and volatile Westwood Boulevard,” Koretz said at the meeting Wednesday.

Koretz privately told some constituents in emails he would ensure the Westwood Boulevard route was removed from the plan, and neighborhood governance groups, such as the Westwood Neighborhood Council, have since supported his efforts.

In February, the Los Angeles City Planning Commission voted to keep the proposed bike lane on Westwood Boulevard because it deemed it an important north-south corridor for cyclists.

Some residents and UCLA officials, who spoke during public comment, said they supported the Westwood Boulevard segment because it would improve safety for existing cyclists in the area and encourage others to start biking.

David Karwaski, a senior associate director at UCLA Transportation Services, said he thinks bike lanes would supplement the UCLA bike-share program scheduled to start in the fall. The program will connect UCLA and Westwood to Santa Monica and West Hollywood using the vendor CycleHop.

Bonny Bentzin, UCLA’s deputy chief sustainability officer, also supported the segment. She said she thinks Westwood Boulevard is the best place for the lane because it is the most direct path and nearby streets are too narrow and curvy.

Bentzin added she thinks the bike lane will promote community engagement between the university and Westwood.

“A fully developed bicycle infrastructure is an investment in a stronger and healthier community,” Bentzin said.

Megan Furey, marketing and communications manager for the Westwood Village Improvement Association, said the board supported keeping Westwood Boulevard in the plan so the city could conduct an in-depth environmental impact report.

Mike Bonin, a Los Angeles city council member, was the only committee member who voted against the amendments at the Wednesday meeting. Bonin said he believed preserving the network as it was created is paramount to the network’s efficacy.

“I don’t easily or readily cast a vote against what council members want in their own districts,” Bonin said at the meeting. “But the integrity of this is sacrosanct, particularly because it’s about networks.”

The full city council will vote on the bike lane and other amendments at city hall Friday morning.