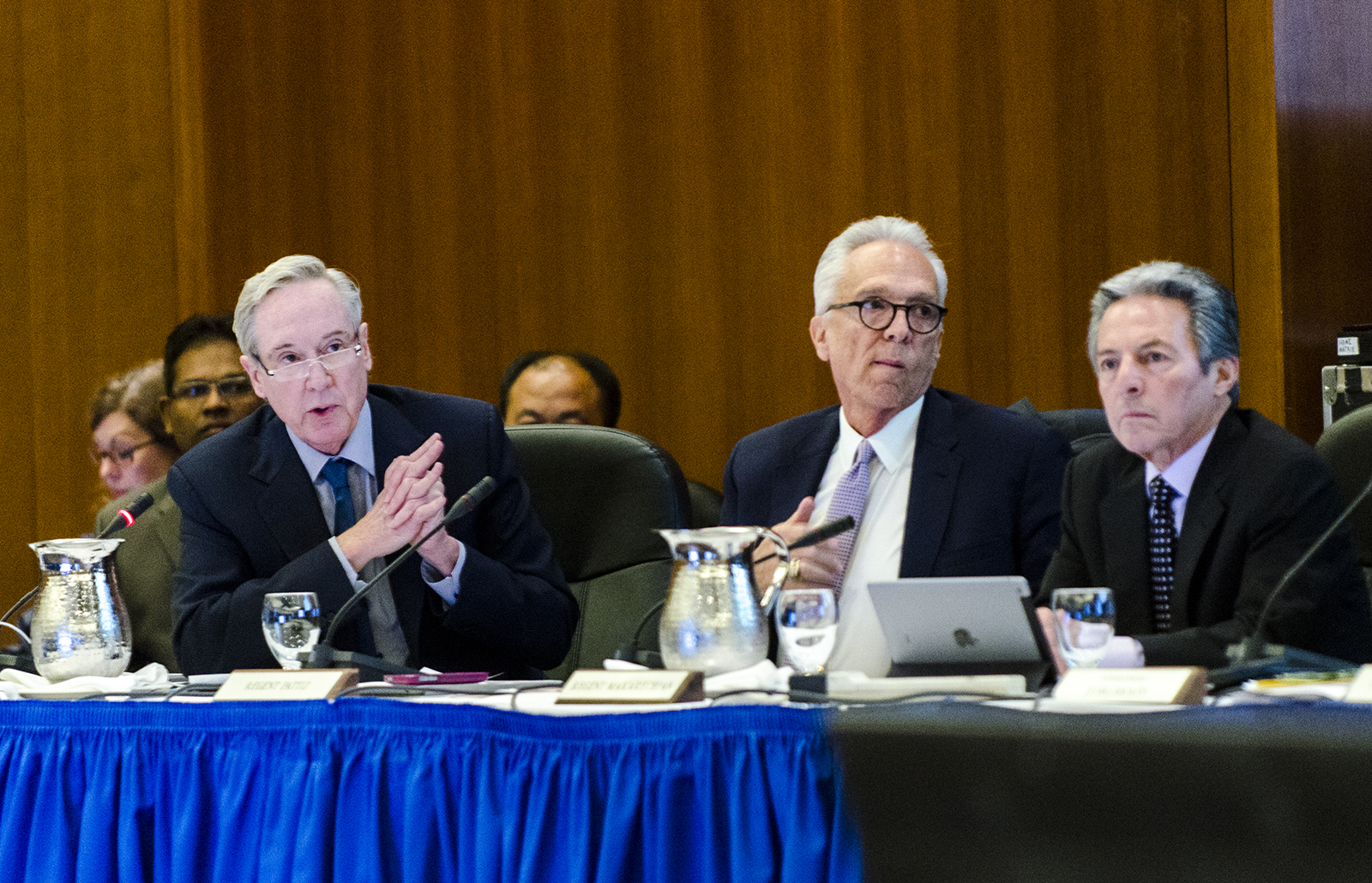 The University of California Board of Regents discussed requirements for student athletes, financial aid and diversity in UC schools, among others topics, Wednesday, the second day of its bimonthly meeting at the Sacramento Convention Center.