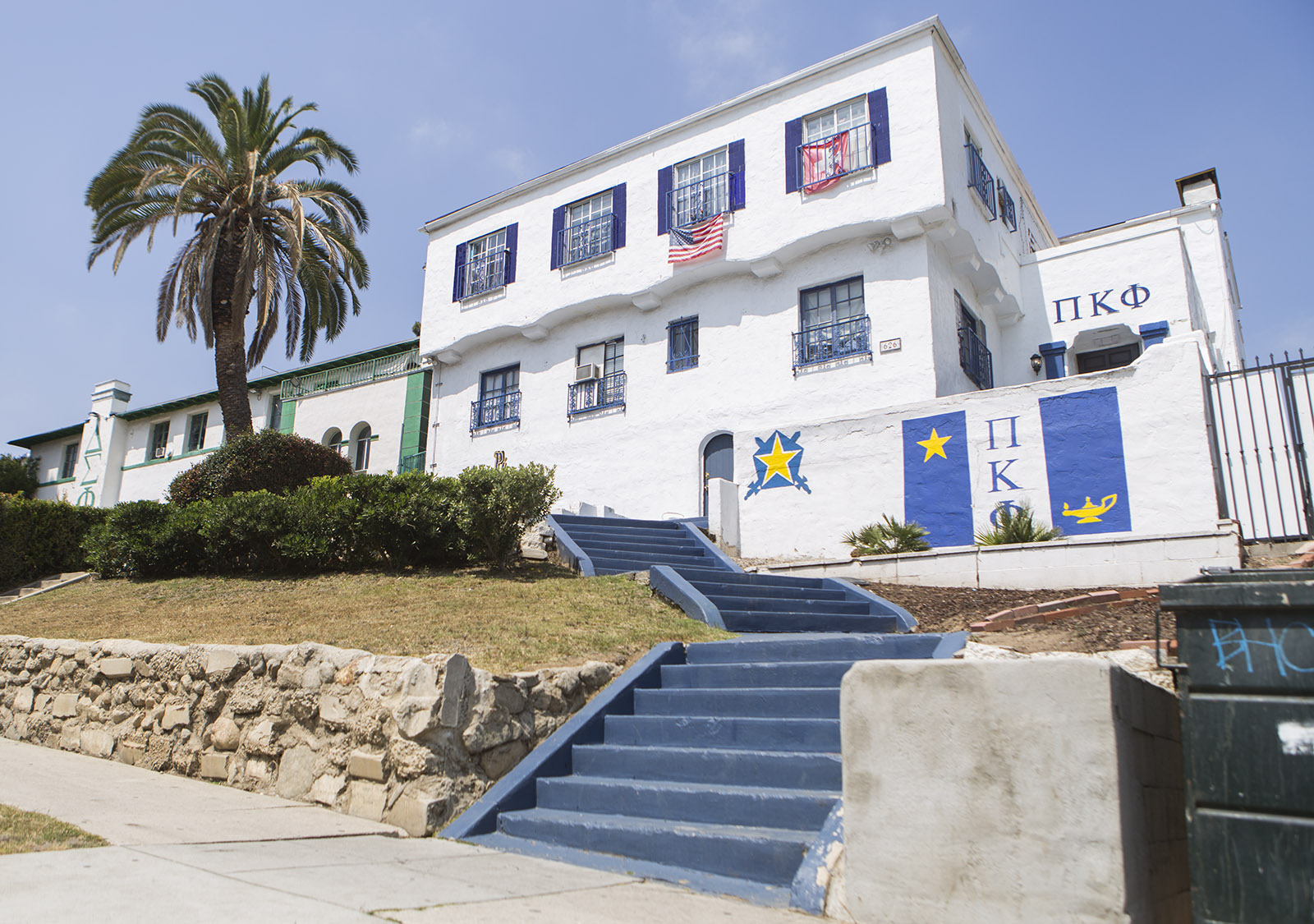 A USAC official released records Tuesday that revealed members of the Pi Kappa Phi fraternity in 2013 made racist and misogynistic statements during their meetings. (Mackenzie Possee/Daily Bruin)

By April Hoang and Nicholas Yu

Correction: The original version of this article misspelled Ricardo Vazquez's name. Editor's note: On Tuesday, a Daily Bruin staff member told members of the Pi Kappa Phi fraternity The Bruin was looking into fraternity documents. We believe information the Daily Bruin staff member shared led USAC officials to vote against a council member's motion to amend the agenda to include discussion about the documents. This article also contains strong language, which The Bruin decided was necessary to illustrate the severity of the comments fraternity members made in meeting minutes.

An undergraduate student government official released records Tuesday that revealed members of the Pi Kappa Phi fraternity in 2013 made racist and misogynistic statements during its chapter meetings.

“(The comments in the minutes) encourage and perpetuate racism and rape culture,” Khan and Der-Grigorian wrote in the presentation.

The meeting minutes included remarks such as “Why do Mexicans refry their beans? Have you ever seen them do it right the first time?” and “We’re learning something about Afghanistan. Something something something terrorists.” Fraternity members also wrote “How long does it take a negress to shit? 9 MONTHS.”

The minutes also included misogynistic comments, such as “Dates should be HOT, FUN, DTF. Any two of the three.” and “Invite Womens … pester them until they say yes.” The documents also listed instructions about how to interact with women at a party, directing members of the fraternity to show girls where the bar is, take group shots and increase physical contact with them.

Khan’s and Der-Grigorian’s Google Slides presentation also references a 2015 incident in which the Sigma Phi Epsilon fraternity and the Alpha Phi sorority at UCLA held a “Kanye Western” themed raid. The references were listed in a slide titled “Challenging the System,” which connected the comments in the 2013 meeting minutes to current incidents.

Khan tried to add her presentation to the agenda during the Tuesday meeting, but not enough council members voted to change the agenda. Council voted 6-6-0 but needed a two-thirds vote to amend the agenda.

Heather Rosen, outgoing USAC president, said amending the agenda would go against Robert’s Rules of Order, which requires all agenda items to be decided by Friday at 5 p.m. The council has amended its agenda with a two-thirds vote to add special agenda items in the past.

Todd Shelton, assistant executive director of communication and technology of the national Pi Kappa Phi fraternity, said in an email statement Tuesday afternoon the national fraternity condemns the racist and misogynistic comments in the chapter’s minutes, but did not mention plans of disciplinary action.

Mark Timmes, chief executive officer of the national fraternity, said in the email he believes the quotes in the minutes are inconsistent with the values of Pi Kappa Phi.

“Pi Kappa Phi is committed to a culture of diversity and inclusion that promotes respect for the identities and backgrounds of all people,” Timmes said in the statement.

Derek Bergmann, president of the Interfraternity Council at UCLA, said in an email statement the comments in the minutes go against what it means to be in a fraternity at UCLA. He did not mention plans of disciplinary action.

“While this incident happened three years ago, we will get to the bottom of it because racism will not be tolerated,” he said. “A major priority of the current Interfraternity Council is to strengthen our fraternities by fostering greater diversity and inclusion.”

In an email statement, UCLA spokesperson Ricardo Vazquez said UCLA will not comment until it finishes investigating the allegations.

“While we will look into them before commenting, we can confirm that we unequivocally condemn any language used to denigrate individuals based on their race, ethnicity, religion or background,” Vazquez said.