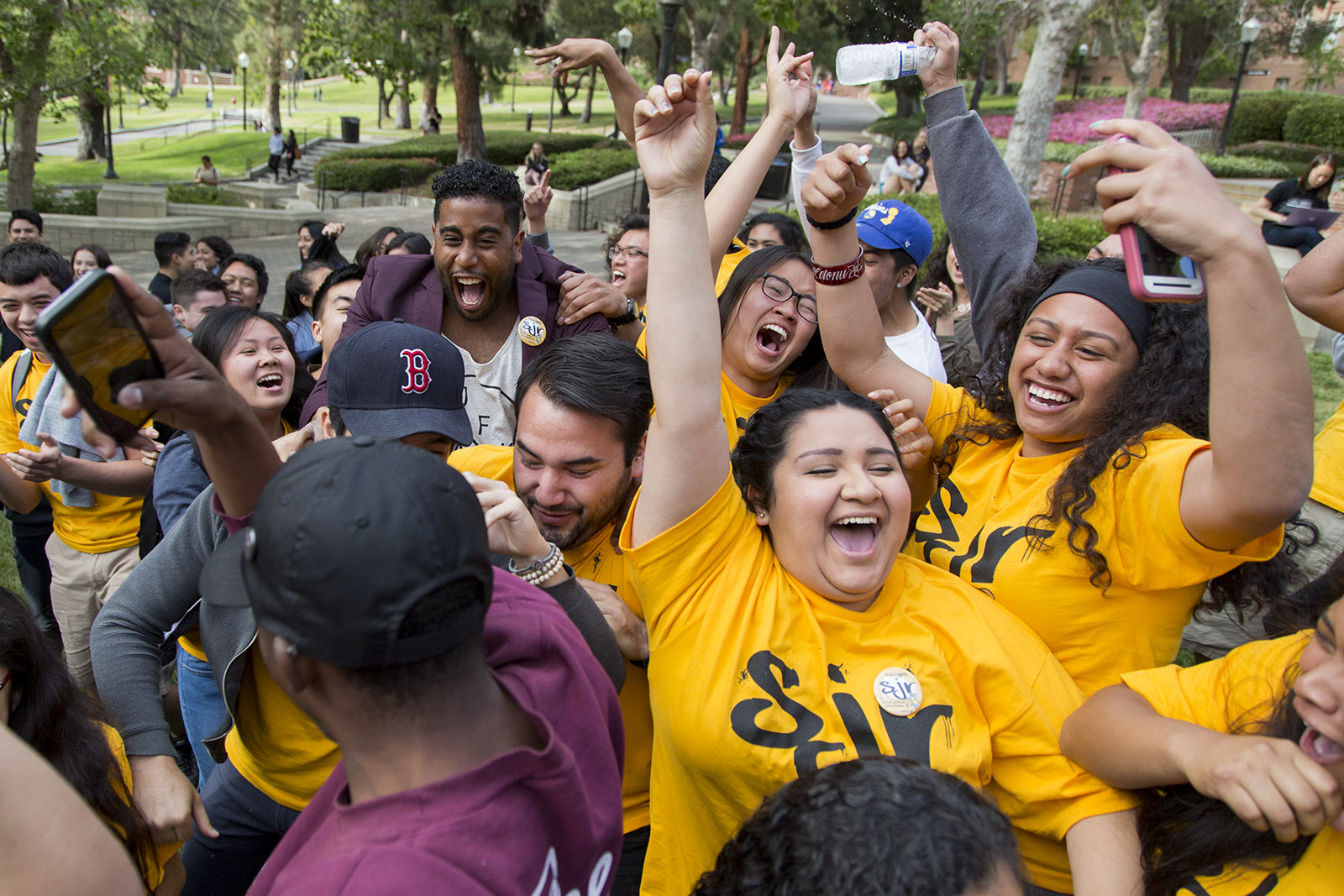 More than half of students who voted in the election supported The Green Initiative Fund referendum, the Social Justice Referendum of 2016, the #UCLAwellness Referendum and the Daily Bruin and Bruinwalk.com Referendum. The 2016 election had a voter turnout of 40.3 percent.

The four referenda passed in the election will increase student fees by $33.99 per student per quarter for the 2016-2017 academic year. All referenda fees except the Green Initiative Fund will be tied to inflation.

Students will pay $6 per quarter for the #UCLAwellness Referendum, which will support UCLA Counseling and Psychological Services, the USAC Contingency Programming Fund and three undergraduate student government offices. The fee will increase to $12 in fall 2017 and again to $18 per quarter in fall 2018.

“Students groups on campus finally have a stable source of funding,” said Zack Dameron, a USAC Community Services commissioner who helped lead the referendum’s campaign. “With over 60 percent of the vote, the students have overwhelmingly spoken in favor of this and mental health issues will finally become a priority.”

Sam Hoff, editor in chief of the Daily Bruin, said he thinks the referendum’s passage shows how much the student body values having an independent press on campus. Hoff, a fourth-year geography and environmental studies student, added he thinks students supported the referendum because the Daily Bruin ran a transparent campaign.

“The Daily Bruin has been around since 1919, and it warms my heart to see that the student body wants to continue supporting it,” Hoff said.

The Green Initiative Fund, a fee passed in 2008 that was set to expire in 2018, was renewed and will now exist indefinitely. The fund aims to support student-initiated sustainability programs on campus such as the JazzReggae Festival and Ecochella, and will continue to cost students $4.80 per quarter.

Ian Cocroft, current USAC Facilities commissioner and a representative for the Green Initiative Fund Referendum, said the campaign managers decided not to spend money on the campaign by campaigning online instead. Cocroft added he wanted to ensure no environmental waste was created through flyers or boards that would have been thrown away after the election.

“The best outcome would have been to pass a fund tied to inflation, so that the buying power of the fund could remain the same over the years,” Cocroft said. “But I decided to make a political calculation and not seek to raise student fees.”

The Social Justice Referendum will institute a $24.99 quarterly fee to fund Community Programs Office-affiliated groups, the Academic Advancement Program and a variety of retention and outreach programs.

Jazz Kiang, designated representative of the referendum and chairperson of the Campus Retention Committee, said funds from the referendum will go towards supporting LGBT students, culture nights and organizing resources to ensure students graduate on time.

Kiang, a fourth-year Asian American studies student, added he hopes the John Wooden Center Board of Governors decides to keep the Wooden Center open 24 hours a day using the funds from the referendum.

The Election Board announced the results in Meyerhoff Park Friday evening.