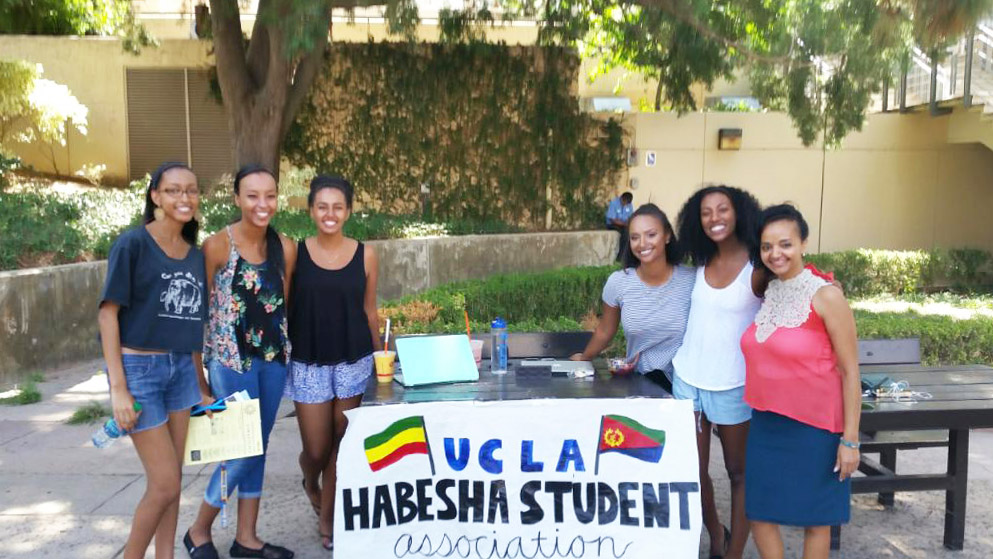 Relatives and friends told UCLA-bound Bethel Zelalem she would be able to find Ethiopian and Eritrean students to connect with right away, but Zelalem said she had a hard time finding that cultural community during her freshman year.

In September, Zelalem, a second-year anthropology student, revamped the Habesha Student Association at UCLA, or HSA, to organize cultural events and build a community for Ethiopian and Eritrean students, with the help of two friends and an advisor.

“I don’t want other freshmen coming here and feeling lost like I did,” she said. “I wanted to establish that community here for them already.”

Habesha refers to people of all different ethnic groups from Ethiopia and Eritrea, Zelalem said.

She added the club’s overall goal is to bring together Habesha students at UCLA. Members hold cultural events and social outings, and learn about Ethiopian and Eritrean culture.

Zelalem said the club will host a culture night Friday evening at Moore 100. The event will feature traditional Ethiopian and Eritrean food, music and a fashion show.

The club drew about 50 members to its first meeting in the fall, Zelalem said. She said about 10 members still attend regular meetings and about 35 are working on the culture night.

She added HSA has been registered at UCLA for 10 years, but went inactive in spring 2013 because previous members graduated.

HSA Vice President Selam Mulugeta, a second-year physiological science student, said the club allows her to have a support system with students who share similar traditions and family values.

“Last year, I barely knew any Ethiopian or Eritrean students,” she said. “Now, because of the club, I know more than 50.”

Mulugeta added the dance team at UCLA was formed this year for the culture night but she hopes it will remain a permanent part of the club.

Mihret Yenew, a second-year molecular, cell and developmental biology student and member of the dance team, said the organization provides Habesha students with a way to learn more about their own cultures while they’re away from Ethiopia or Eritrea.

She said Sunday was Ethiopian Easter, but she couldn’t go home to celebrate with her family in Kansas and eat her mother’s homemade Ethiopian food. That night, a friend from the club’s dance team surprised her with food from the friend’s own house.

“Culture is one of those things that just binds you,” Yenew said. “It’s nice to have people around who were raised the same way.”

Zelalem said she has never had a community like HSA before, aside from her family.

“There are other clubs and organizations I could join,” Zelalem said. “But there’s nothing as comforting and heartfelt as your own culture, your own traditions and what you identify with as a person.”