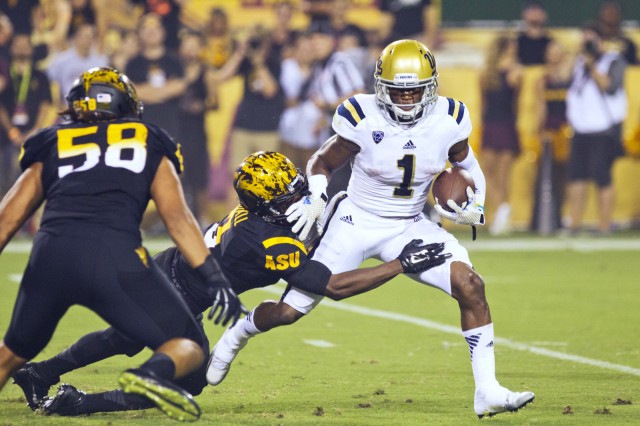 Editor’s note: A player’s year refers to his NCAA eligibility for next season. So a player who is a freshman in school this spring is called a sophomore because he will be a sophomore when the NCAA football regular season starts in fall.

UCLA redshirt senior receiver Ishmael Adams pleaded no contest Wednesday to misdemeanor charges stemming from an August incident regarding a confrontation with an Uber driver.

Adams was arrested Aug. 30 for allegedly attempting to steal an Uber driver’s phone. The driver also reported minor injuries. Coach Jim Mora suspended Adams for the first three games of the 2015 season, only allowing him rejoin the team once felony charges were dropped and Adams apologized.

The Associated Press reported that Adams is required to serve three years of informal probation and adhere to additional conditions including anger management counseling.

Before the incident, Adams had started all 26 games of his college career at cornerback. The defensive back had two interceptions in 2015, one for 96 yards against Colorado on Oct. 31. The redshirt senior will take the field in 2016 as a receiver for the Bruins.