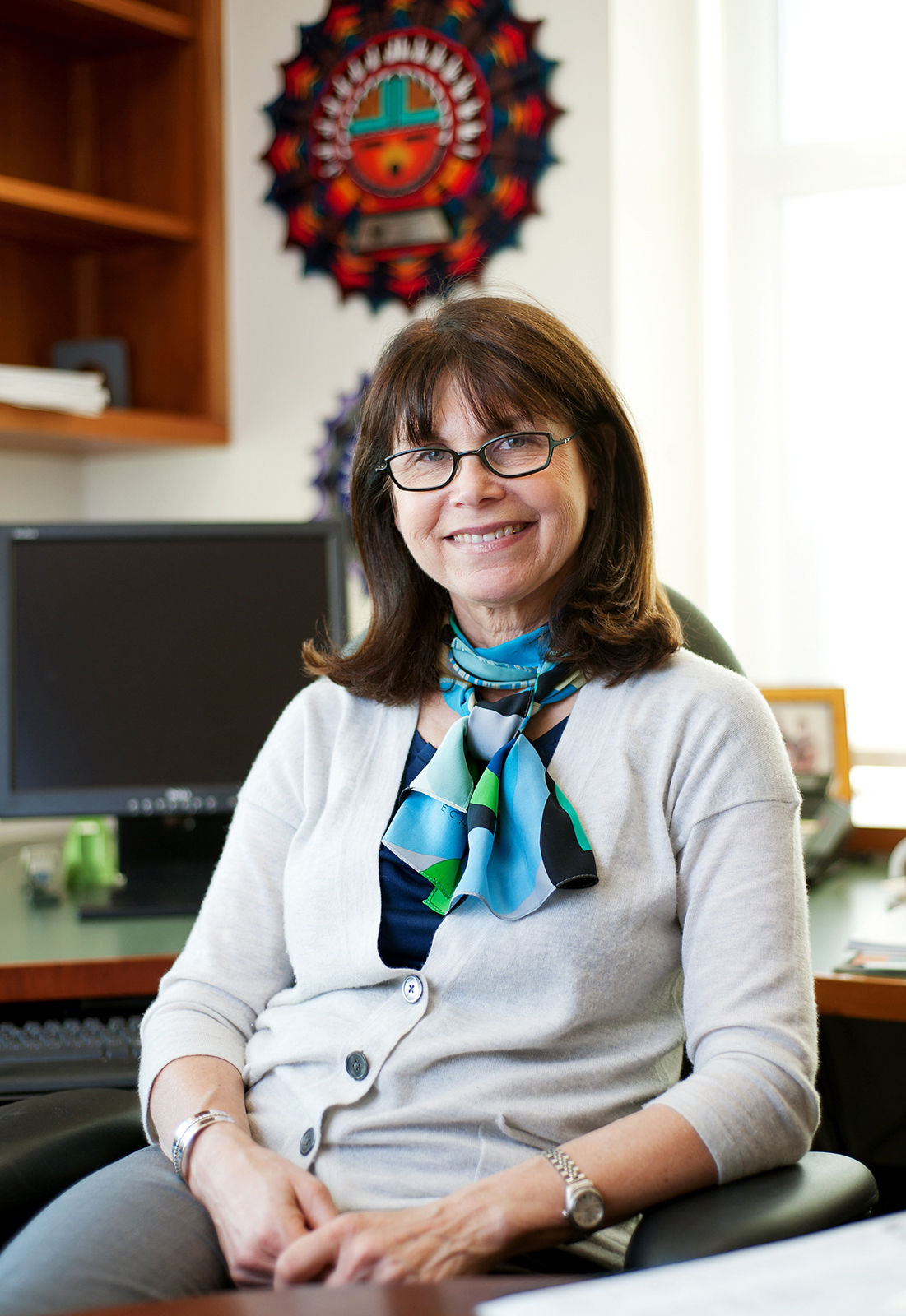 Carole Goldberg, vice chancellor for academic personnel, enrolled in law school in 1968 with the intention of providing legal services to the poor. But after taking a seminar in Native American law and writing a paper that was cited by the U.S. Supreme Court, Goldberg decided to focus on Native American law.

UCLA hired Goldberg in 1972. During her tenure, Goldberg developed a “Tribal Legal Development Clinic” course for the UCLA School of Law, to help tribes develop their own justice systems. In 2011, President Barack Obama appointed Goldberg to serve on the Indian Law and Order Commission, which studies Native American tribal law enforcement and justice systems.

The Daily Bruin’s Amanda Wilcox spoke with Goldberg about her involvement in Native American law.

Daily Bruin: How did you end up working in Native American law?

Carole Goldberg: (At Stanford), I was looking for interesting seminars to take because it was my last year in school. I found a seminar called Western Water Law, which was being taught by a UCLA law faculty member. He was developing the first teaching casebook for this field, so he went into the seminar with a table of contents and assigned each of us a chapter to research for our seminar project.

My chapter was Public Law 280, a law passed in the 1950s designed to give certain states, including California, authority over law on Native American reservations that states would otherwise lack. This represented a major change, because Native American tribes had a lot more autonomy before. I wound up writing a 100-page paper on the topic, and after reading it, my professor asked if I would mind him sharing it with some lawyers he knew working (tribal) legal services.

The paper was published in the UCLA Law Review and was relied upon in U.S. Supreme Court in a 1976 decision to limit state authority in Indian nations. At the time, it served as my calling card for law schools who started inquiring if I was interested in teaching positions with them. I chose UCLA. I’ve been here for 44 years since, and I’ve never regretted the choice. I tell this story to my students all the time because I want them to explore lots of different opportunities and coursework. You can never predict what will touch off a spark.

DB: What led you to develop the clinical course “Tribal Legal Development Clinic,” and what is its objective?

CG: The course was introduced mostly because I created a joint degree program in law and American Indian Studies, since that seemed to be one way to attract more Native American students to the law school. The program does two things: It integrates offerings in the American Indian Studies program into the curriculum for law students, and it created a special avenue of admission to the law school for Native American students. (The course) helps tribes write their laws and build their own institutions.

The clinic helps tribes countrywide, but especially in California, draft their own constitutions and legal codes and build their own institution, which allows them to be more self-determining.

(The course) also teaches skills that are not very well taught in the law school. Usually students learn how to interpret or challenge already written laws, but not how to draft laws from scratch, which is something lawyers often have to do. The projects have taken students all over the country to help with everything, from the development of tribe constitutions to drafting membership and citizenship codes for different tribes.

DB: How did you balance your work at UCLA with your appointment onto the Indian Law and Order Commission?

CG: In January 2011, when the appointment occurred, I was fortunate I had the flexibility with my calendar that allowed me to (travel for field hearings) for three to four days at a time. Additionally, (the commission) had to develop a report without a lot of staff, so I arranged for UCLA’s American Indian Studies Center to have a connection to the Indian Law and Order Commission. We ended up relying on research assistance from students at UCLA to help develop the report.

DB: What was your experience working in the Indian Law and Order Commission?

CG: (The commission) wound up holding field hearings all over the country where we would take testimonies from tribal leaders and law enforcement. Everywhere we went for field hearings, we encountered former students of mine … working with tribes as legal counsel or working as law professors. It became a kind of running joke in the commission that anytime we held a field hearing, people who went up to the microphone would start by thanking me because I had been their professor at some point.

DB: Do you think there are still changes that need to be made to improve criminal justice on Native American reservations?

CG: (The Indian Law and Order Commission) has over 300 pages in its report of changes that need to be made. Some of our recommendations have already been carried out, mostly by the executive branch, because Congress hasn’t been enacting a lot of anything recently. One of the recommendations we made caused an amendment to Alaskan law, allowing public safety officers in Native American villages in Alaska to carry firearms now. We have had some successes, but many of the changes we want to see will require action by the Congress.