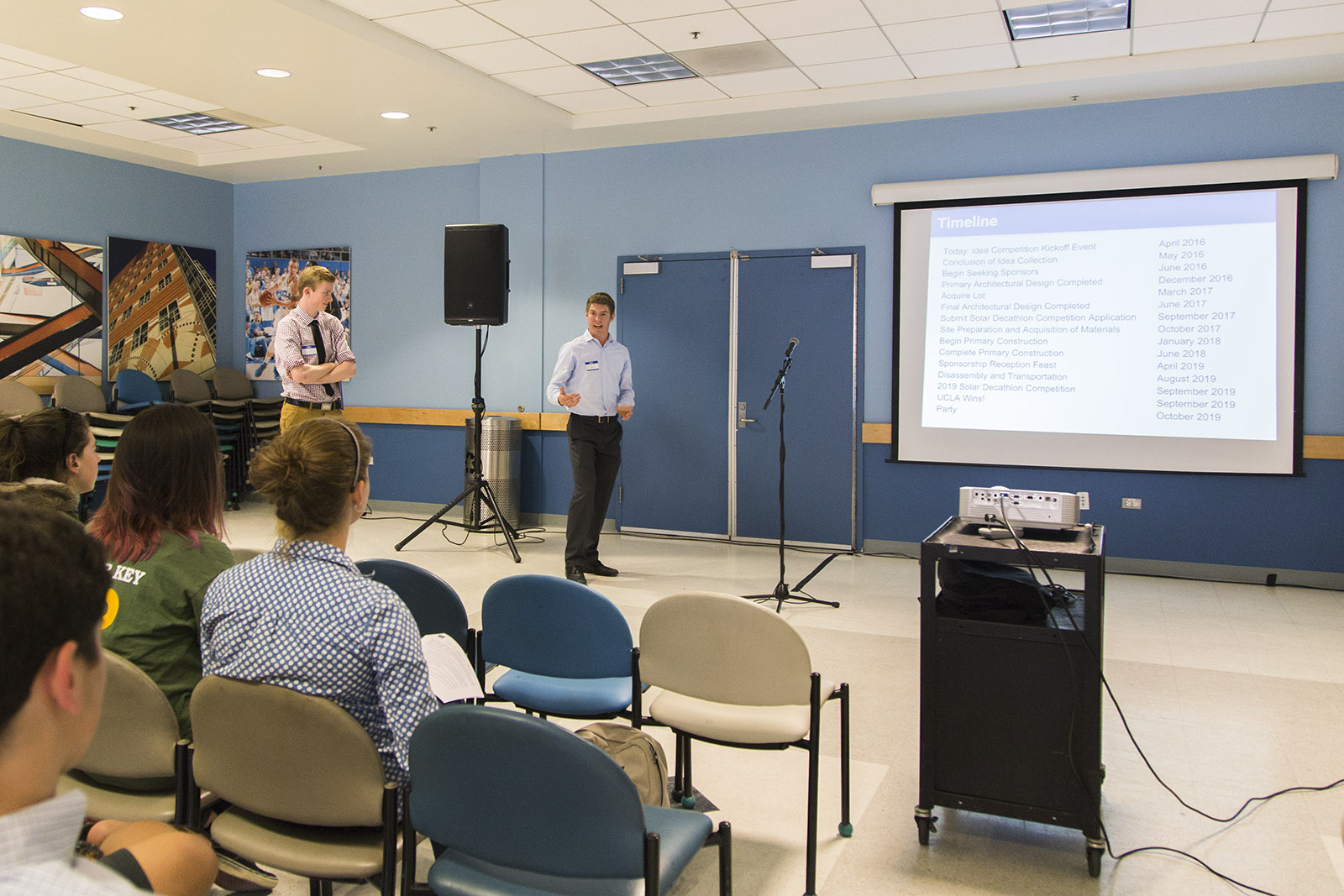 A new student group is aiming to build a sustainable house for the Solar Decathlon, an international competition hosted by the U.S. department of energy, by 2019. (Owen Emerson/Assistant Photo Editor)

UCLA students will aim to build a house from scratch with various sustainable features for an international competition in 2019.

A UCLA team will compete in the Solar Decathlon, an international competition held by the U.S. Department of Energy, to build a house fully supported by solar power and other sustainable energy sources, said Paul Ramstad, design team coordinator and a first-year electrical engineering student.

Riley Kuffner, business team coordinator and a first-year mechanical engineering student, said the construction cost of the house is estimated to be $500,000. Ramstad said the business team plans to reach out to local Los Angeles companies in related fields to sponsor their project.

“Our emphasis is on the local,” Kuffner said. “We want to make this an LA project – it’s the UCLA community and the surrounding companies that should improve the city.”

The next Solar Decathlon will be hosted in 2017, but the team aims to present its project at the 2019 competition, Kuffner said. He added he wants the team to have enough time to assemble a successful submission.

The house, which will be between 600 and 1,000 square feet, will feature about two bedrooms, a full bathroom, a living room, a kitchen and an outdoor patio or balcony, Ramstad said.

He added all UCLA students and faculty can submit engineering, architectural design or sustainability suggestions for the project before May 13 on the Solar Decathlon website.

Ramstad added the house will be designed for the Southern California climate.

“We have so much natural heat and sunlight here in Southern California,” Ramstad said. “We are hoping we can design our house so it heats and cools itself.”

Ramstad said the team is hoping to finish designing the general blueprint of the house by June. He added students interested in joining the team can contact organizers through the website.