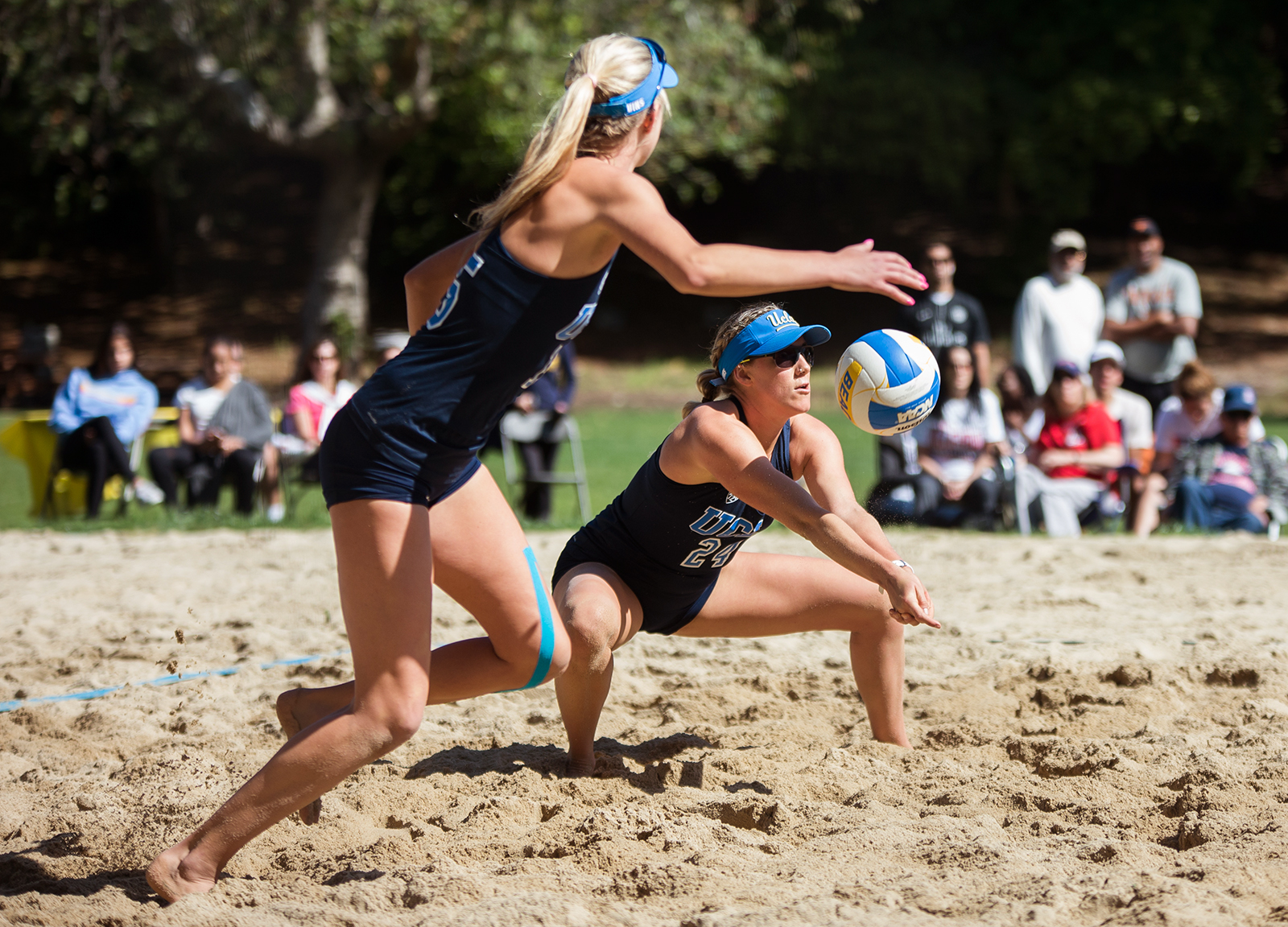 UCLA beach volleyball has had to weather a lot. Most recently, it was a rainy weekend away from the friendly confines of Sunset Canyon Recreation Center, but the team responded just as it had all year, looking like a team that had seen those things before.

“I think we’ve responded well to different situations all year long,” said coach Stein Metzger. “In Hawaii, we played in the wind and rain. We played in hot, humid and rainy conditions – it was delayed for an hour and a half – in Florida. We played in really high winds at FAU.”

The secret to the No. 4 Bruins’ preparation? Sunset Canyon Recreation Center.

Despite being a relatively secluded location far from the beach, UCLA’s practice courts provide the team with all the elements required to be successful in any environment.

“We have deep sand, so ball control is at a premium,” Metzger said. “Also, because of the trees, the wind swirls. Not a lot of people get the opportunity to practice in that.”

Still, the conditions differ greatly from the competition surfaces.

“On the beach, the wind comes from the ocean and is more direct,” said junior Laurel Weaver.

To account for these differences, the team sets aside time on weekends to practice at the beach. This exposure allows the Bruins to understand how best to handle various conditions.

“At the beach the sand is usually shallower, so you can jump higher and move faster,” said junior Jordan Anderson.

The results speak for themselves. UCLA currently holds the No. 4 spot in the AVCA beach volleyball national rankings. The team has also won 11 of its last 12 matches and is currently on a seven-match win streak. This has the Bruins on course to fill one of the eight spots at the inaugural NCAA Beach Volleyball Championships in Gulf Shores, Alabama.

“If we can make nationals, then I think we will be well prepared for windy, wild conditions,” Metzger said.

The Bruins will have an opportunity to take a huge step towards making that ambition a reality Wednesday. They host familiar foe No. 6 Long Beach State 49ers, a team they beat twice already during the season, including a 5-0 victory this past weekend. Another victory means a season sweep against a team also in the running for a place in Gulf Shores next month.

“We’ve had a lot of success at our own court in the past,” Metzger said. “We have a considerable advantage at home.”