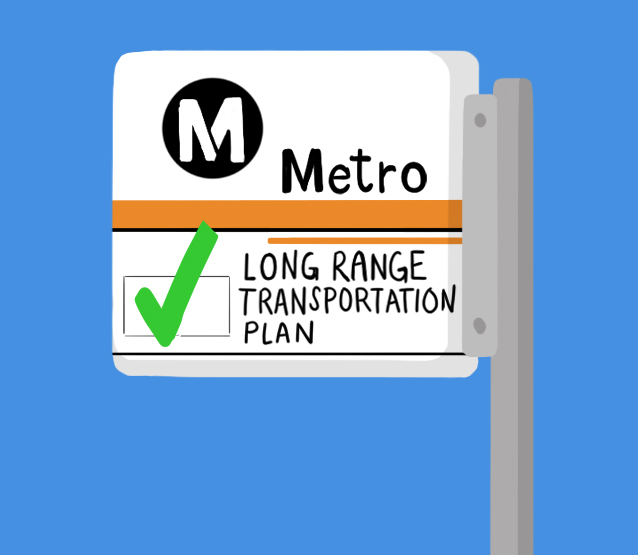 A few weeks ago I was driving from Westwood to Orange County. It was a Friday afternoon, and the roads were jammed. I sat in standstill traffic on the 110, nervously looking over my shoulder to see if the freeway gods would finally allow me to merge into the next lane over. One thought flashed in my mind over and over again, like a neon sign: “This sucks.”

I’m not the only one to harbor these sentiments, but public transit options to keep people off the freeway are still limited, and what is available is slow, difficult to access and subject to delays. Expanding and maintaining a public transit system serving a city as large as Los Angeles isn’t cheap and certainly needs more cash than the LA County Metro’s current $5.6 billion budget.

Luckily, Metro officials have proposed a half-cent sales tax increase to take effect over the next 40 years. If it’s approved by voters in November’s election, Metro will have the means to enact a $120 billion plan to expand and improve their transit offerings including rail, buses, cycling, foot traffic and yes, even an express lane extension for the 110.

The plan could help Metro better engage millennials, who are at the forefront of a cultural shift embracing a car-free lifestyle. The U.S. Public Research Interest Group’s 2014 “Millennials in Motion” study indicated that millennials are driving less than older generations were at their age, a habit that seems unlikely to change as they age.

So Metro has a vast potential market, but only if the system can ensure a fast, reliable trip. In the 2013 American Public Transportation Association “Millennials and Mobility” study, young adults consistently chose public transit as the more affordable and preferred option, but driving as faster and more convenient. Millennials who drive don’t necessarily want to drive, but see it as the only pragmatic option in their situations.

Emphasis on long-term planning will put the Metro in a stronger position to appeal to future generations of Angelenos. The current hodgepodge of slow, unreliable bus routes and limited access to rail lines does little to entice young riders, who are looking for a ride that is not only affordable, but also fast and easy to access. A system offering an affordable, convenient and seamless transportation experience among several different types of neighborhoods could set the Metro up for decades of loyal ridership from millennials and their offspring.

The APTA report contains an intriguing suggestion that could provide a solution to this puzzle: Millennials are multimodal, meaning that they utilize multiple modes of transportation like walking, driving or public transit, depending on what best fits their budget or schedules. That means there’s room for Metro to promote an integrated transportation system utilizing buses, bike lanes and rail lines in order to ensure that as many people as possible can enjoy a car-free lifestyle.

The focus on multimodal transportation is key. Advocates have been calling for the plan to include more funding for biking and pedestrian infrastructure. The current plan only sets aside 4.5 percent of the total revenue, or about $5.4 billion over the next 40 years, less than half of the 10 percent advocates had hoped for. An emphasis on fully multimodal infrastructure will serve high-density neighborhoods well by making a car-free lifestyle more feasible for its residents.

According to Curbed LA, Los Angeles’s millennials are moving to higher density areas like Downtown, West Hollywood and Playa Vista, which provides Metro with even more opportunity to reach the city’s young people through an integrated system of trains, buses, biking and pedestrian options.

Likewise, Metro is already laying out plans for rail lines along densely populated corridors, like the much fabled Purple Line running along Wilshire Boulevard. This provides good access to the city’s commercial districts, but expanded bike lanes can also provide potential cyclists the means to make short-distance trips through high-density neighborhoods much more quickly than cars stuck in traffic or trains running on a schedule.

Los Angeles was built as a car-centered city, and sprawling low-rise developments across the Los Angeles Basin and San Fernando Valley make traditional light rails and subways impractical. However, an improved bus system, with reliable schedules and numerous express routes, can do a much better job navigating the street grid and providing those neighborhoods’ residents with an option besides a private automobile. An expansion of bus stops around the rail lines and a seamless transfer experience can open these trains up to a much greater market of millennials needing to move around and among high- and low-density neighborhoods. Once they disembark their vehicles, the proper biking and pedestrian infrastructure will make the final leg of their trip fast, safe and convenient.

The bottom line is clear: If Metro wants to reap the benefits of the loyal ridership of the largest generation in American history, their system must be built to handle a generation seeking transportation that is not only affordable, but fast, easy to access and seamless.

And maybe one day I can look at the bumper-to-bumper Friday afternoon traffic on the 110 as I whiz by on a light rail, thankful that Metro has delivered me from the mercy of the traffic gods.