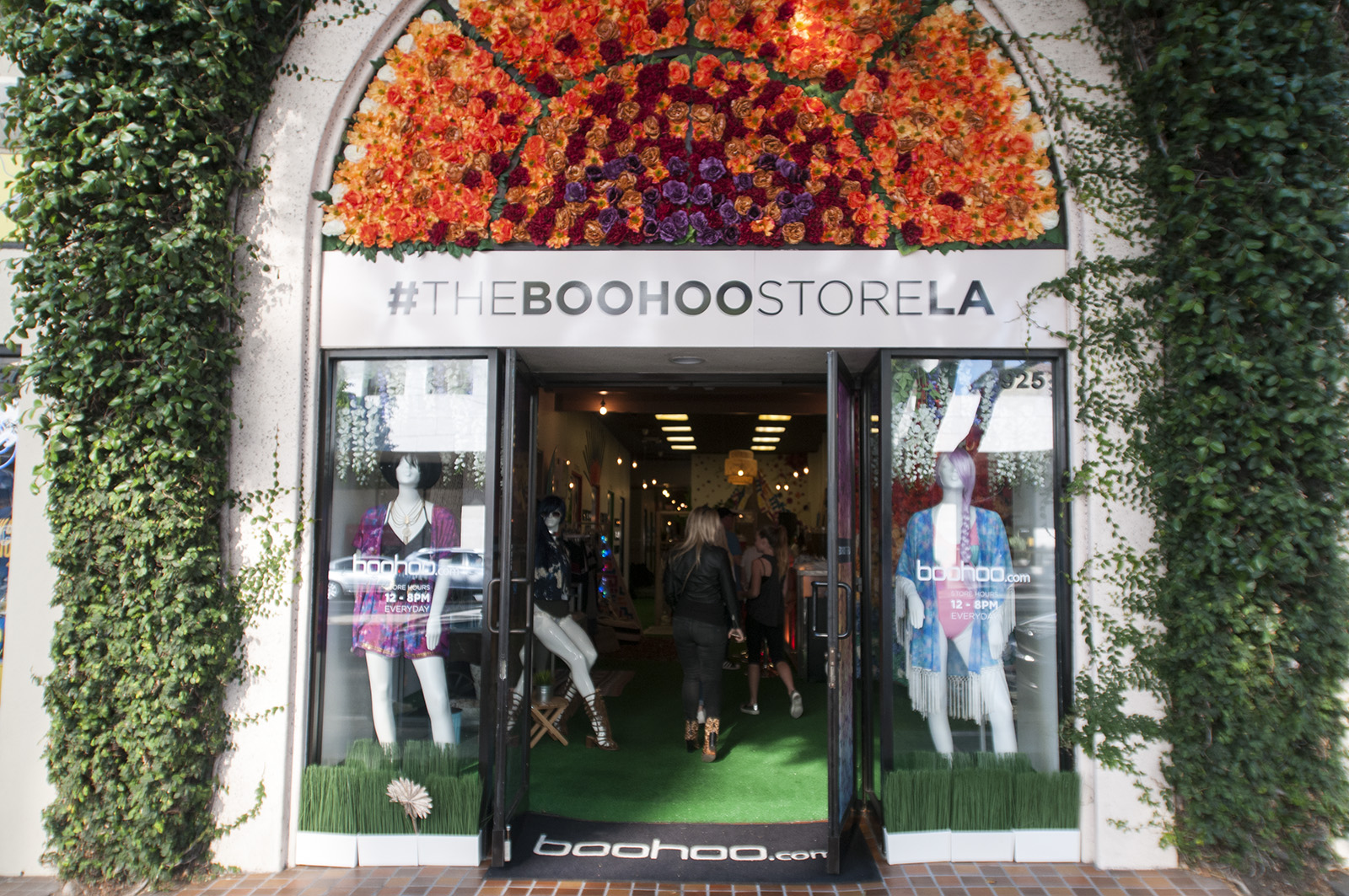 Boohoo, an online clothing retailer based in the United Kingdom, opened a pop-up store on Westwood Boulevard on Saturday. (Anisha Joshi/Daily Bruin)

Students can buy festival clothing and attend fashion events at a pop-up store in Westwood Village for about the next two weeks.

Boohoo, an online clothing retailer based in the United Kingdom, opened a temporary location on Westwood Boulevard on Saturday in anticipation of Coachella Valley Music and Arts Festival.

The store will host various events for the duration of its stay, including an appearance from the cast of “The Bachelor” Thursday and meet and greets with other celebrities.

Natalie McGrath, who manages Boohoo’s North American marketing, said the company chose to open a shop in the Village to take advantage of its proximity to UCLA. She added many students at UCLA and in Southern California, one of the brand’s largest markets, attend Coachella.

The company opened a similar temporary store in New York City two years ago, but does not plan to open permanent locations because it mainly serves customers online.

“Our demographic is the college girl,” she said. “The Village is great for events and an easy location to get to.”

The company introduced the pop-up store partly to allow customers to test the quality of its items before buying them instead of just viewing them online, McGrath said.

Andrew Thomas, executive director of the Westwood Village Improvement Association, which operates the Westwood Business Improvement District, said he thinks the pop-up store could bring more customers to the Village.

“Maybe other (companies) will come by and realize it could be a popular space,” he said. “It shows potential waiting to be realized.”

Aileen Sanchez, a first-year business economics student, said she thinks the store brings a new type of business to Westwood.

Maria Martinez, a first-year biology student, said she and Sanchez visited the store because they found its atmosphere appealing.

“It would be really cool to see more of these kinds of stores here,” she said.

Boohoo’s location in the Village will remain open until April 14.