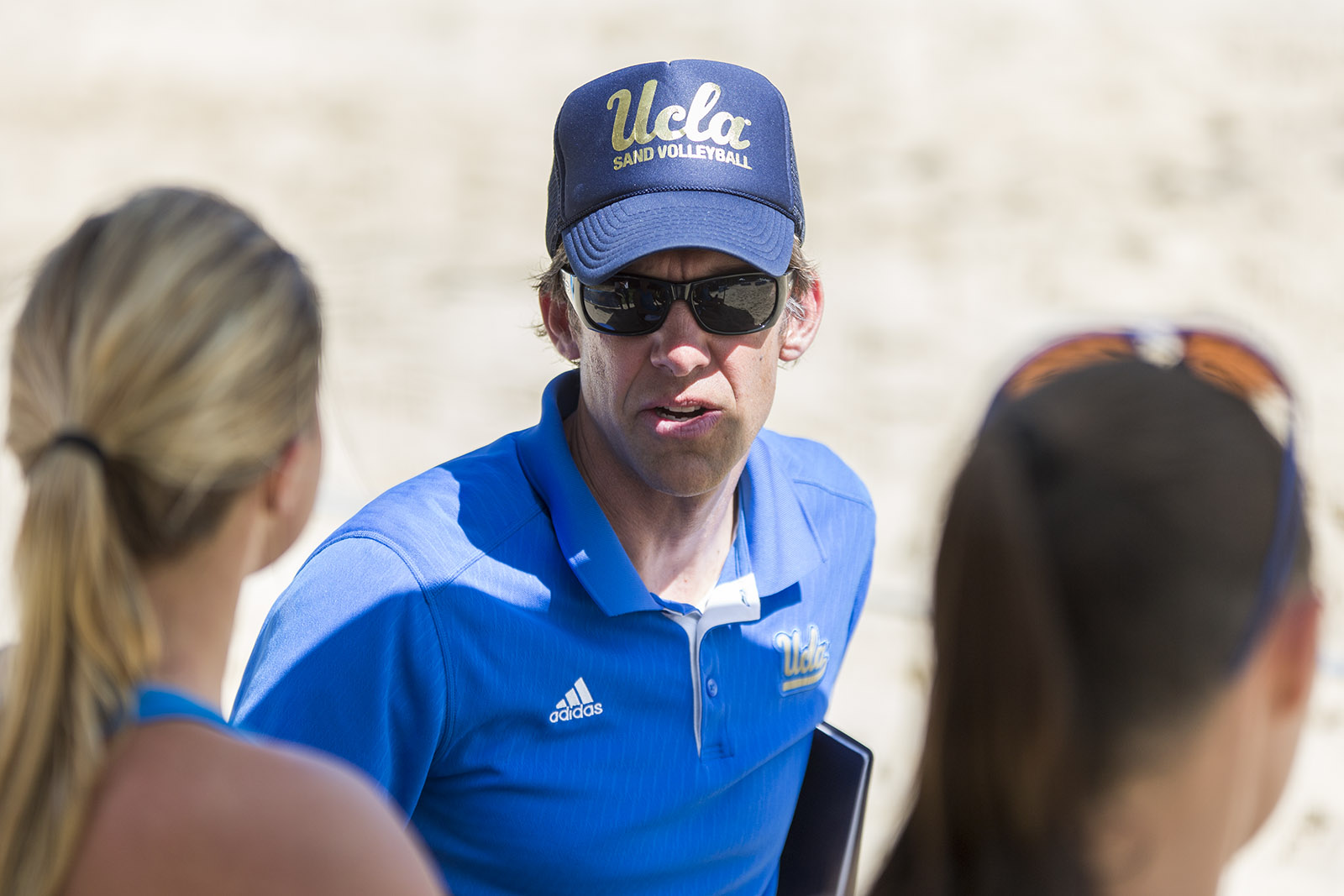 UCLA beach volleyball coach Stein Metzger leads the Bruins, fresh off an upset over the No. 1 team in the country, into two Pac-12 matchups this weekend in Hawaii. (Daily Bruin file photo)

Oahu and early spring are a duo that screams vacation. The No. 5 UCLA beach volleyball team heads to Honolulu this weekend, but not for a paradisiacal getaway. It’s a business trip, as they have the Outrigger Beach Volleyball Challenge Pairs Tournament hosted by the University of Hawai’i.

There, the Bruins (10-4) look to build on their recent streak of confidence boosting wins. UCLA has won three straight, including an upset over No. 1 Pepperdine on Wednesday, ending the Waves’ undefeated start to the season.

UCLA’s first opponent in the Outrigger Tournament will be No. 4 Hawai’i (9-5), who leapfrogged the Bruins in the latest AVCA polls. This one is set to be a hotly contested battle between two well-oiled machines. The Rainbow Wahine have won their last six matches. The teams squared off earlier in the season, with UCLA coming away with a 3-2 victory.

Following that, the Bruins face another Pac-12 foe in Arizona State (7-5), a team fresh off back-to-back victories over Cal State Bakersfield and Cal State Northridge. The schools meet for the first time this season.

First serve for UCLA against Hawai’i is set for 11 a.m. on Friday, while the Bruins’ showdown against the Sun Devils starts at 2 p.m. on Saturday.