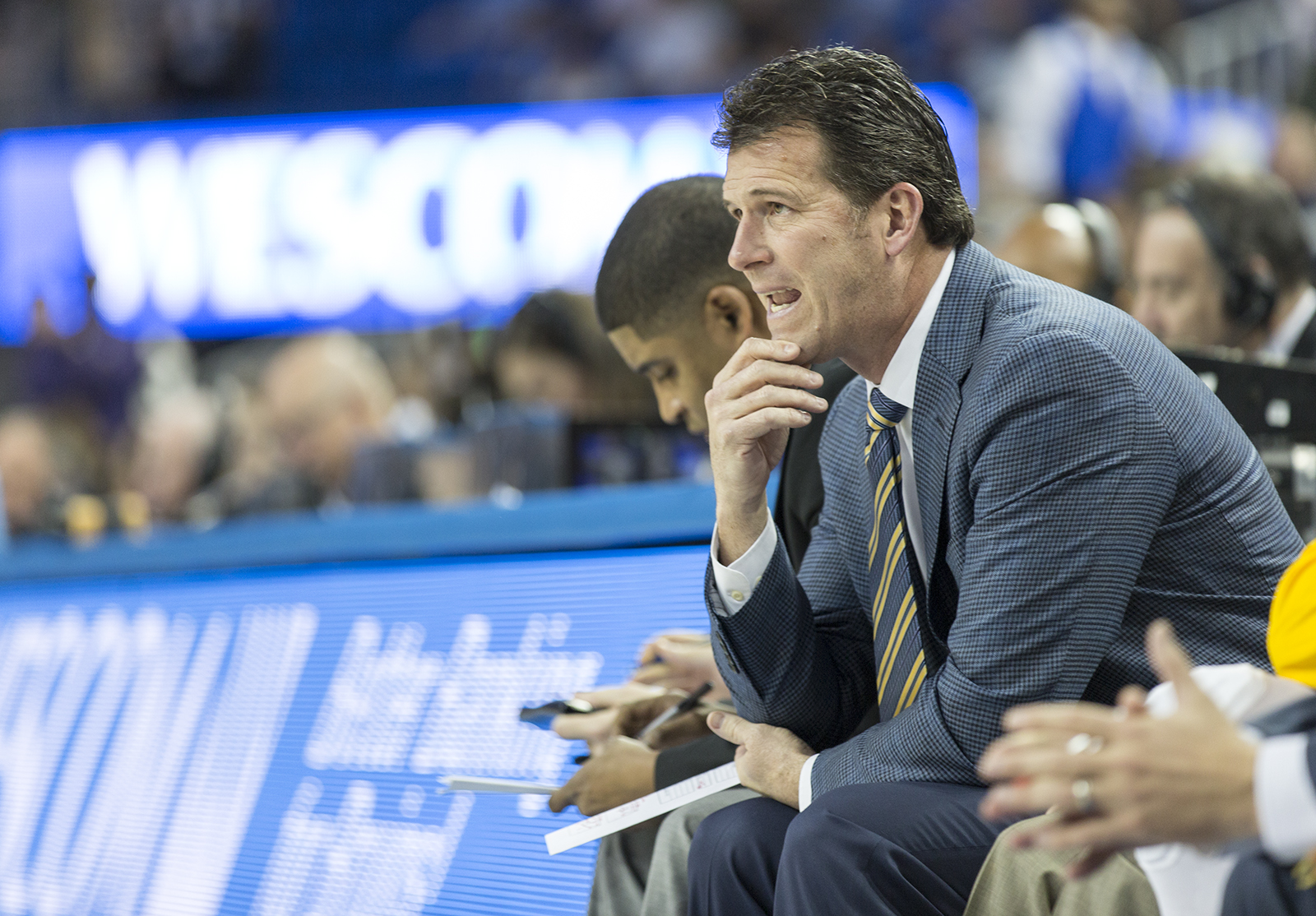 The emphatic message has been echoed around the internet recently, calling for the firing of men’s basketball coach Steve Alford in the days since the Bruins’ season ended prematurely in the first round of the Pac-12 tournament March 9.

A petition organized by a group calling themselves Restore UCLA Hoops Now – which was not associated with Monday’s plane stunt – gathered almost 1,600 signatures in two weeks after the Bruins finished the conference season with a record of 6-12. Aaron Michiel, an alumnus from the Class of 1995, is one of three people leading the charge to get Alford fired after failing to make the NCAA Tournament or the NIT.

Aside from the petition, Restore UCLA Hoops Now also launched a social media strategy designed to spread the anti-Alford message. Despite the high level of participation and engagement with the movement, athletic director Dan Guerrero remained steadfast in his dedication to Alford.

“Progress, unfortunately, is not always a straight line,” Guerrero said in an email to Michiel obtained by the Daily Bruin. “Like I do with all our coaches, after every season, win or lose, I’ll sit down with coach Alford to review the year that was. Together, we’ll consider what we must do to improve … with an impressive recruiting class coming to Westwood next year, coach Alford will have both talent and experience on the floor – we are moving forward.”

This is unacceptable to Michiel and other longtime fans like him. Michiel was a season ticket holder and Wooden Athletic Fund donor from the date of his graduation in 1995 up until 2013 – the year Alford was hired.

“For me personally I would have to have confidence in the head coach and go from there,” Michiel said in regards to becoming a season ticket holder once again. “You have a great number, probably in the thousands, of UCLA basketball fans who are waiting to come home … become season ticket holders again, become donors again.”

Simply firing Alford, however, is easier said than done. The coach has a $10.4 million buyout in his contract through 2016. The last time UCLA fired a basketball coach – Ben Howland in 2013 – the athletic program had to pay a buyout of $3.5 million.

“It has been a tough year in regards to our men’s program – I don’t think there’s any other way that you can say it … especially when it comes to conference play,” Guerrero said in an appearance on the Bruin Insider Show on March 8. “Things just didn’t work our way in conference. We are where we are … No one is more frustrated than coach Alford.”

Michiel said he considers that to be an unsubstantial response to the current situation. He cited the lack of fan turnout to Pauley Pavilion, which was often half-filled toward the end of the season, as being indicative of the program’s problem.

“UCLA fans, I think, have developed this reputation for apathy over the last several years,” Michiel said. “You’ll see fans of other teams say that UCLA doesn’t have fans. I don’t think that’s the case.”

Regardless of fans’ pleas, Guerrero shows no signs of making any hiring decisions as of now. Alford has a highly touted recruiting class coming in at the end of the year, marked with the likes of five-star recruits T.J. Leaf and Lonzo Ball. With the incoming talent, Guerrero seems confident that Alford can still turn the team around.

“We went off the rails a little bit,” Guerrero said. “We have to get better, there’s no question about that … No one expects us to be better more than Steve.”