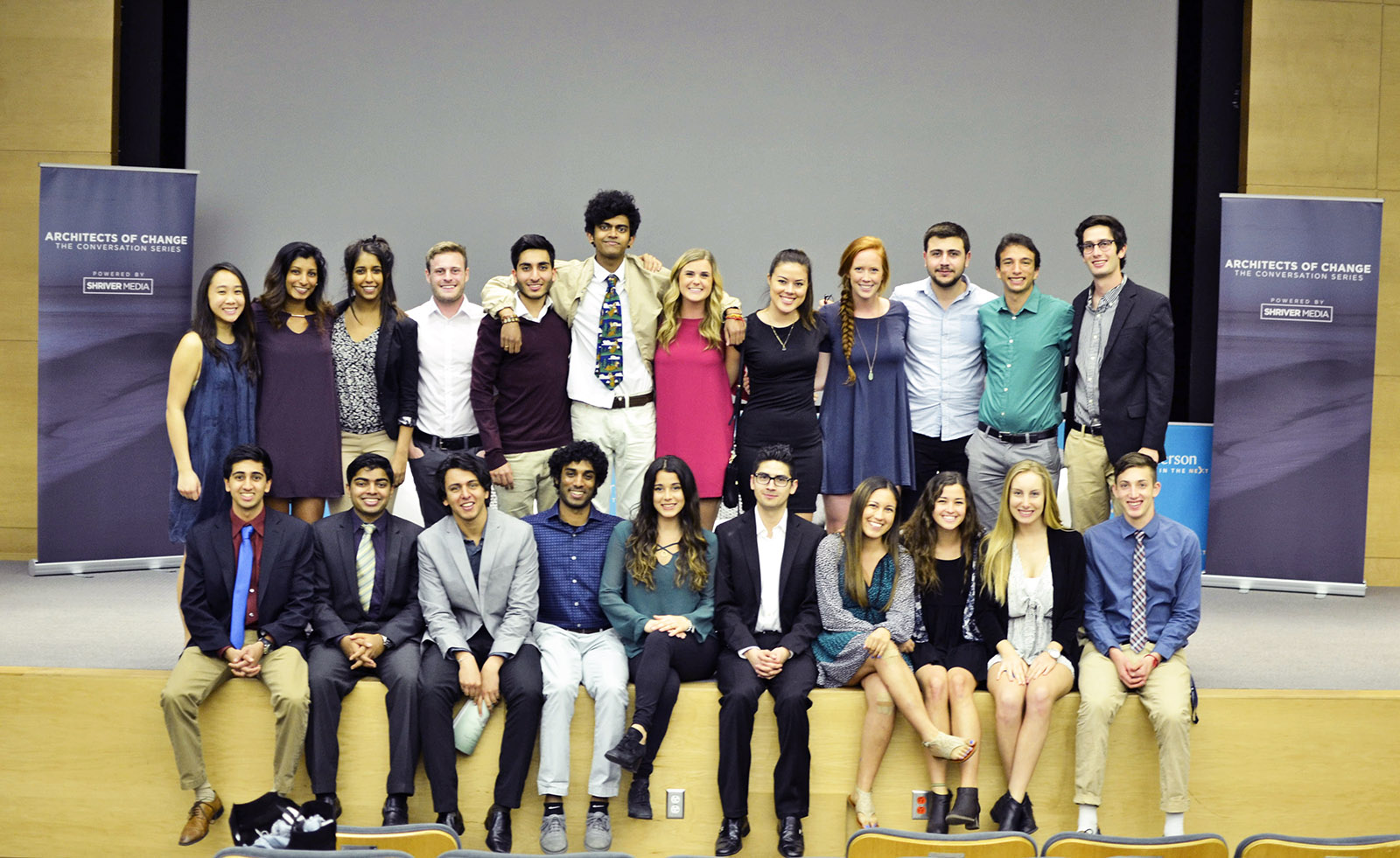 The Youth Movement Against Alzheimer’s, which began last June, focuses on volunteering, advocacy and fundraising for Alzheimer’s research. (Courtesy of Nihal Satyadev)

Misak Khachatryan joined the Youth Movement Against Alzheimer’s when he transferred to UCLA, after seeing how his neighbor’s struggle with severe Alzheimer’s disease affected his family.

“If your loved one has Alzheimer’s and they gradually develop the disease more and more, it’s like pieces of them keep falling apart,” said Khachatryan, the organization’s publicity director and head of media affairs and a third-year psychology student. “You try to put it all back together but you just can’t.”

Nihal Satyadev, the organization’s president and former UCLA student, launched the Youth Movement Against Alzheimer’s last June. The nonprofit organization focuses on volunteering, advocacy and fundraising for Alzheimer’s research, and has since launched 23 additional chapters across the nation, Satyadev said.

Before forming the organization, Satyadev attended the Alzheimer’s Association Advocacy Forum in Washington, D.C., in March 2015. He said he was disappointed to realize hardly any of the 1,100 conference attendees were under the age of 25.

“I was surprised to find out how little youth advocacy there is for Alzheimer’s,” Satyadev said. “Everyone has a grandma or grandpa who could suffer from this disease.”

Three months later, Satyadev established the Youth Movement Against Alzheimer’s and began to recruit students for the UCLA chapter.

“We had to build the group from the ground up,” Satyadev said. “But it was not difficult to bring in people who were personally affected by this disease.”

The UCLA chapter has about 70 members, including South Campus students interested in clinical research and North Campus students who help with the financial and marketing aspects of running a nonprofit, said Jay Gopal, the organization’s external vice president.

Gopal, a third-year physiological science student, said he joined the organization because his grandfather had Alzheimer’s and he wanted to learn more about the disease.

“If I knew about a disease one of my family members had, I felt it would go a long way toward doing my part,” Gopal said.

One of the nonprofit’s main goals is funding Alzheimer’s research, Gopal said. Next fall, the organizationwill launch a clinical research program at UCLA that awards scholarships to undergraduate students who will research neurodegenerative diseases.

He added the number of scholarships and their amounts will depend on how much money the organization raises beginning in April.

“We want to shuttle the brightest young minds at UCLA and across the nation into neuroscience research at an early age,” Gopal said. “These students who are interested in Alzheimer’s are going to be the ones working on curing this disease in the next 20 or 30 years.”

The group has secured support from about half a dozen professors at UCLA who will allow students to use their labs to conduct research, said Satyadev. He added he hopes to launch a GoFundMe for the scholarships in April.

Alzheimer’s is the only one among the top 10 causes of death that cannot currently be cured, prevented or slowed, Satyadev said. He added the U.S. Congress only provides one-fifth of the funding to Alzheimer’s research as it does to cancer research.

“People think it’s incurable, but that’s just not the case – we’re discovering all kinds of new things about it everyday,” Gopal said. “Funneling kids into research is what it’s going to take to cure this disease.”

The volunteers visit their patients once a week for three hours to converse with them, giving the senior patients a social outlet and allowing their primary caregivers a short break from their duties.

Satyadev said the program will expand next quarter to two sessions a week in a bigger facility, after receiving a grant from the Eisner Foundation, a philanthropy that focuses on grants for children and the elderly in Los Angeles.

Khachatryan said he thinks establishing chapters at other universities will help further Alzheimer’s research because it will create a network that puts student researchers in contact with each other.

“If we’re all united together from different universities, I think we could make a big difference,” Khachatryan said.

During a club retreat in the fall quarter, Khachatryan said the club invited two married couples, both with husbands who suffer from Alzheimer’s, to speak about their experiences with the disease.

“Those two patients … said we give them so much hope,” Khachatryan said. “Seeing young people passionate and dedicating their time to this cause filled them with so much joy.”