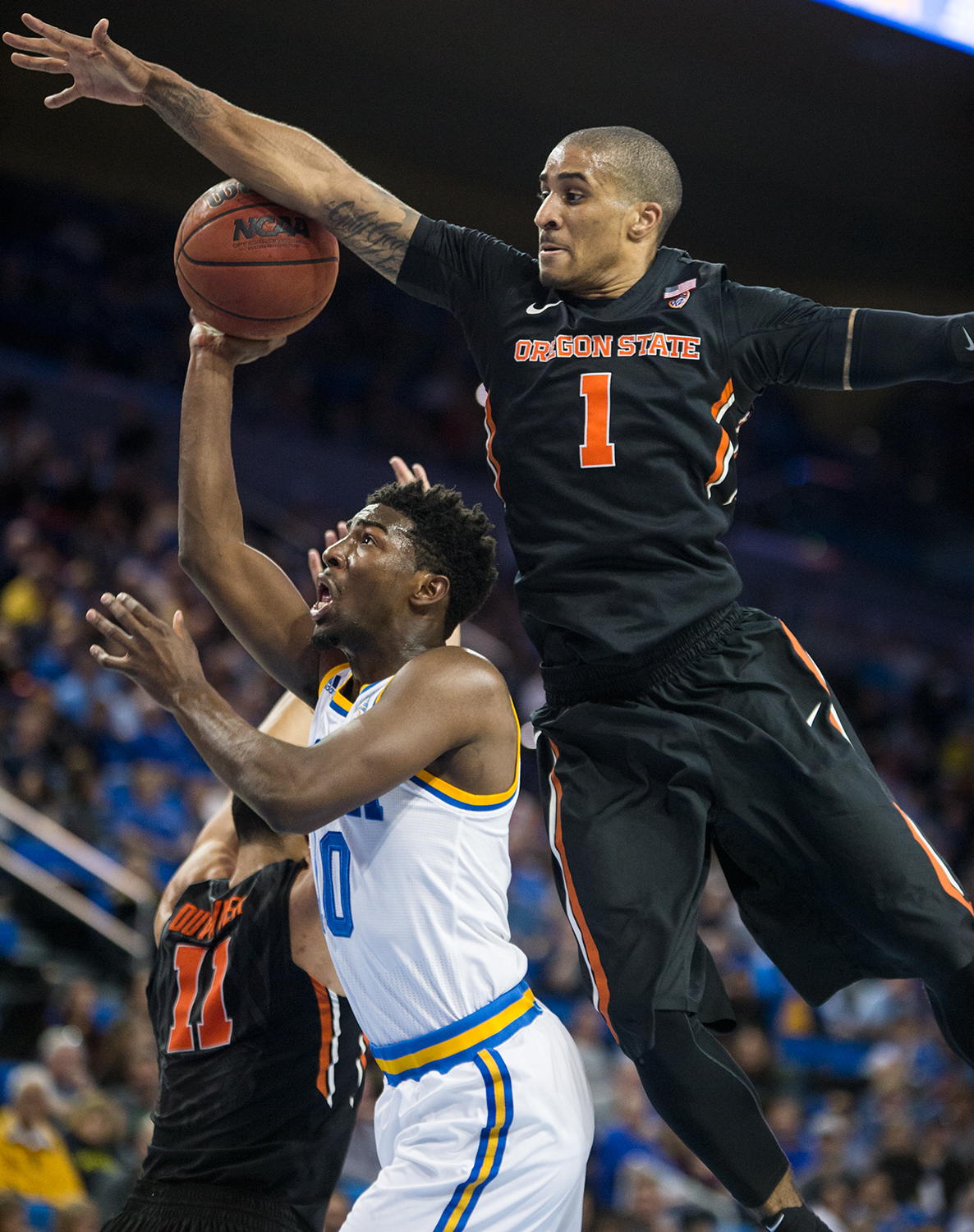 For a season marred by inconsistencies, UCLA certainly has been losing consistently late in the season.

With March Madness chances slim to none, the Bruins wanted momentum heading into the Pac-12 tournament to make a deep run.

The home team fought and clawed to the very end, and actually had a chance to take the lead with 15 seconds left after facing a nine-point deficit with 1:01 remaining.

Freshman guard Aaron Holiday found himself open for a corner 3-point attempt, but drove it inside instead of going for the win. He got stripped and the Beavers took it to the other end for a game-ending dunk.

The Bruins made their comeback without junior Bryce Alford – who has made a name for himself for hitting big shots down the stretch – after the guard got hit in the jaw and had to be taken into the locker room with 2:39 to go.

It was Alford, though, who turned what otherwise would have been a blowout into the nail-biter that gave UCLA at least some positives to take out of the game.

The Bruins then turned it up on the defensive end, forcing a couple of turnovers and getting lucky with missed free throws to make it interesting at the end.

“Our backs were against the wall, we just started grinding on the defensive side,” said sophomore center Thomas Welsh.

But that defense came too late, a problem that has plagued UCLA for most of the conference season.

After UCLA kept Oregon State to just 31 points on 36.4 percent from the field in the first half, the Beavers exploded for 55 points on 61.5 percent in the second.

“We just couldn’t get the stops we needed in the second half,” said coach Steve Alford. “Since the conference season started all the way through to the end, that’s been our Achilles heel – our ability to get stops.”

Now instead of heading to the Pac-12 tournament with some positive momentum, Alford wants his team to clear its head.

“You forget it, that’s the whole thing of the new season, you forget it,” said senior forward/center Tony Parker, who finished with 14 points and nine rebounds in his last home game. “Everybody is 0-0 now. Going into next week everybody understands that. It’s going to be a fight to win those games in Vegas.”