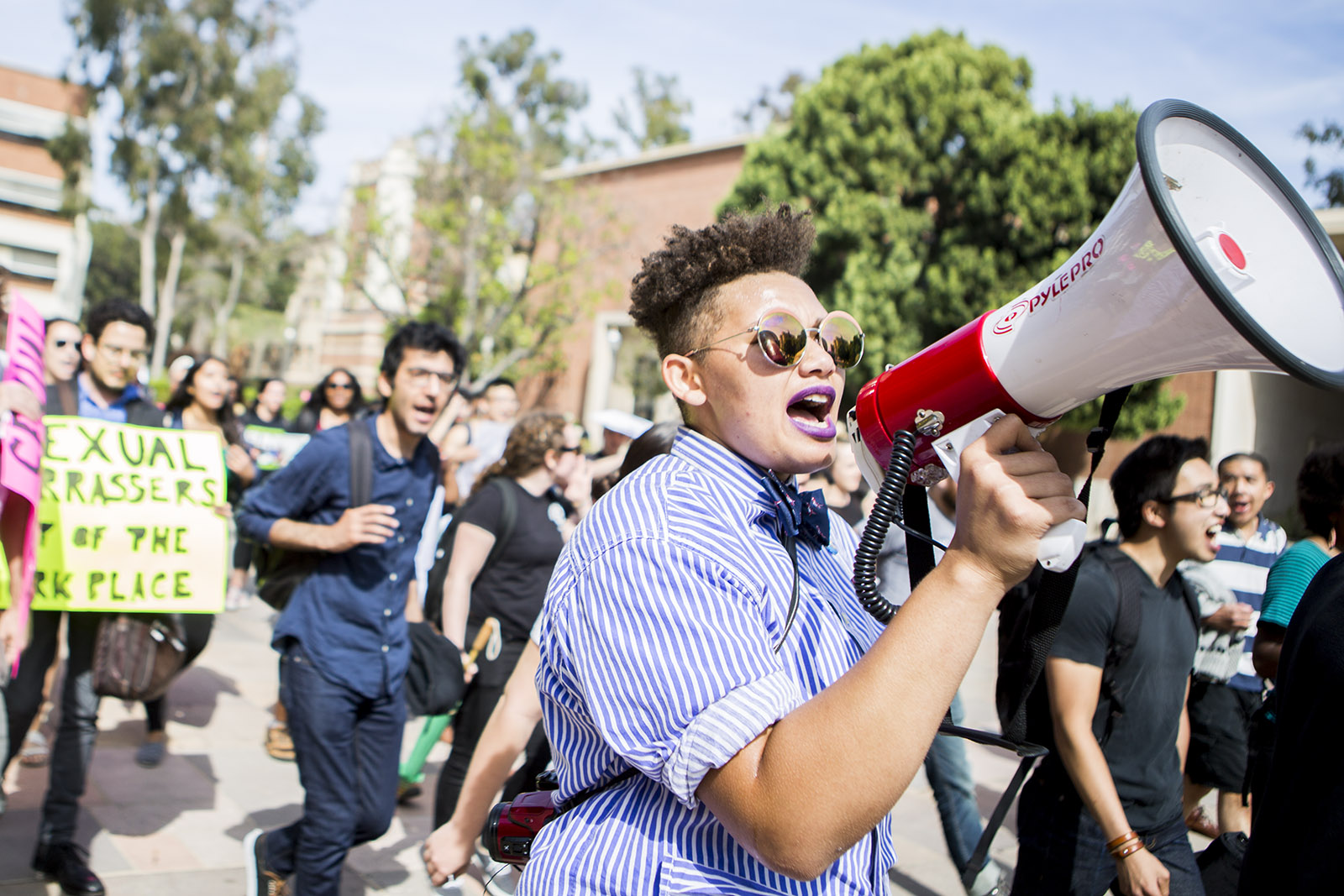 “Students, staff and faculty must now contend with the presence of an admitted harasser in our midst,” professors wrote in the letter. “From what we know, Piterberg has expressed neither remorse about his actions nor awareness of the damage it has caused to the Department of History.”

Nefertiti Takla and Kristen Glasgow, both graduate students in history, filed a lawsuit against the University of California Board of Regents in June alleging Pamela Thomason, the Title IX coordinator at the time of complainant, discouraged them from filing formal harassment complaints against Piterberg. The court for the Central District of California is still reviewing the lawsuit.

UCLA officials released Wednesday the settlement they reached with Piterberg in March 2014 after Takla and Glasgow made their allegations in 2013. The agreement included a $3,000 payment to the UC Board of Regents and a quarter off without pay. Piterberg is not allowed to have romantic relationships with students, and is only allowed to meet with students during office hours with his door open.

In return, UCLA officials agreed to terminate Piterberg’s Title IX investigations and keep the case from being passed on to the Academic Senate.

UCLA officials decided to pursue the settlement to avoid any costs, uncertainty and inconvenience of any administrative proceedings, according to the settlement.

Piterberg said in the summer that he was not allowed to comment on the case because of the ongoing lawsuit.

Tenured professors, even those accused of sexual harassment, can only be dismissed by the regents following a recommendation from the University president and consultation with the chancellor, said Mary Gilly, who was chair of the UC Academic Senate last year.

Takla and Glasgow found out about the settlement in January after the history professors met with Carole Goldberg, vice chancellor of academic personnel. One of the professors emailed portions of the settlement to Takla.

“Our goal continues to be crafting some arrangement that minimizes harm to the department while making sure that bad behavior is not inadvertently rewarded,” Kang said.

In response to the agreement, about 40 students marched through campus Wednesday to the history department office in Bunche Hall. Students demanded Piterberg be fired, as well as the end to sexual harassment on campus.

Piterberg is scheduled to return to UCLA on July 1, according to the letter.