Baseball continues search for consistent starter after loss to UCSB 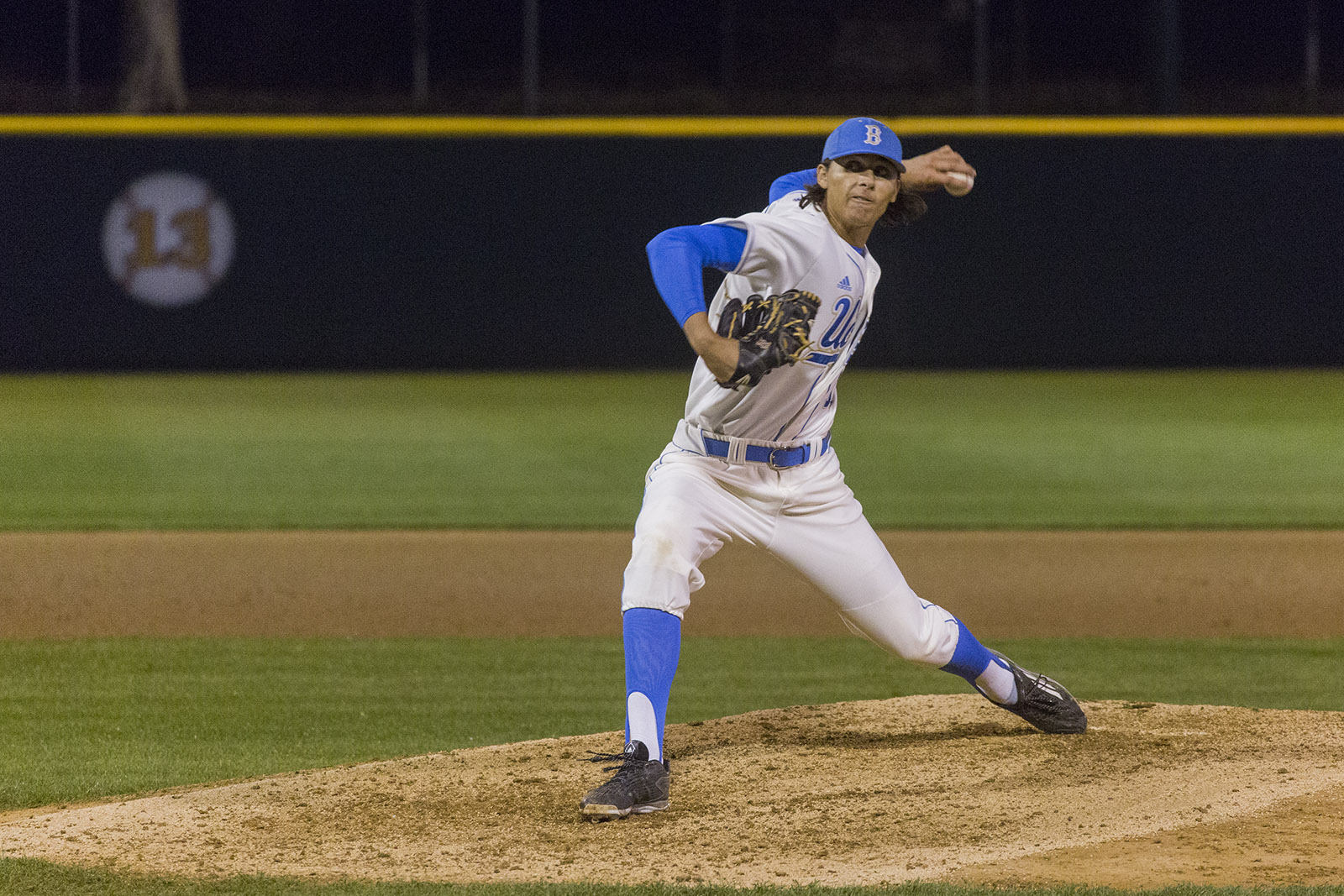 Justin Hooper is the quintessential hard-throwing pitching prospect. The lefty is 6-foot-5, 230 pounds, and he throws in the mid to upper 90s.

But the freshman doesn’t always know where the ball is going to go.

“I saw a very young prospect who was starting his first game,” said coach John Savage. “I thought he had a good bullpen (session). I thought he was prepared, and the lights come on and things change. He’ll learn from this.”

Hooper only retired three batters. He walked five, hit two, threw a wild pitch and allowed five runs – four earned – before Savage pulled him with two runners on in the second inning.

It seems that Savage’s struggle to find a consistent Tuesday starter will only continue. After Hooper’s rough outing, Savage mentioned junior Scott Burke, sophomore Jake Bird and freshman Jon Olsen as players who could step up and take the spot. Savage also didn’t rule out the possibility that Hooper could hold on to the job.

“(Calica) was on the plate, but he was also ready to get hit by the ball,” Burke said. “He wasn’t afraid of getting hit by the ball. If you made a mistake inside, he wasn’t going to turn away from it, he was just going to let it hit him.”

Though the UCLA pitching staff struggled to keep UCSB from scoring, the Bruins’ offense had a good day. Redshirt senior Eric Filia led the 12-hit attack, going 3-5 with three RBIs and his first home run of the season.

Savage said that Filia – in just his eighth game since the 2013 season – had zero rust, despite spending two years away from the game.

“When I’m on the field I feel like I never left,” Filia said. “I love baseball. I love the competitiveness. I love the thrill of it. I love the team aspect.”

Senior second baseman Brett Urabe was missing from the lineup Tuesday. Savage said he was feeling sick to his stomach. Urabe will continue to play second base until sophomore shortstop Nick Valaika returns from his hand injury.

Savage said Valaika should be back in a week and a half, and that he may play against Texas on March 11-13. Savage added Valaika will definitely be ready for the start of conference play on March 18 against Washington State.

Junior starting pitcher Grant Dyer, who exited Friday’s game early with a left oblique injury, is still day to day. After Tuesday’s game, Savage had not yet made a decision about Dyer’s usage this weekend.

Tomorrow UCLA will take on the NC Dinos, a team that competes in the Korean Baseball Organization, in an exhibition game at Jackie Robinson Stadium at 4 p.m. Savage would not name a starter, but he narrowed it down to either Olsen or redshirt junior Hunter Virant. The two teams played last year, ending in a 13-6 Dinos victory.