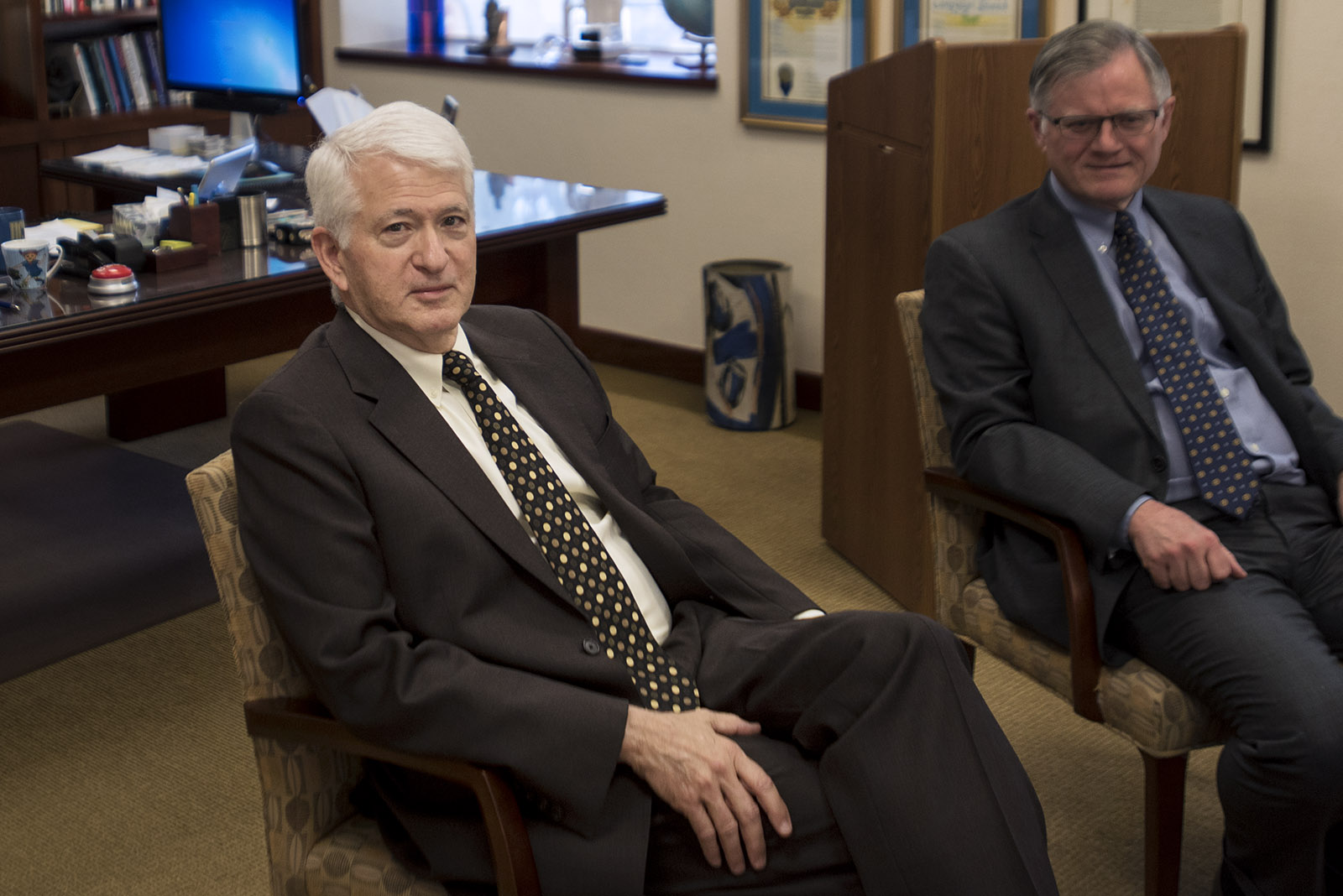 Chancellor Gene Block meets with the Daily Bruin editorial board every quarter to discuss issues affecting the campus and to explain administrative policies. At the meeting Monday, Block, who was joined by Vice Chancellor Steve Olsen, spoke about the Centennial Campaign, the effect of increasing undergraduate enrollment, the Geffen Academy and the federal lawsuit against history professor Gabriel Piterberg, among other topics.