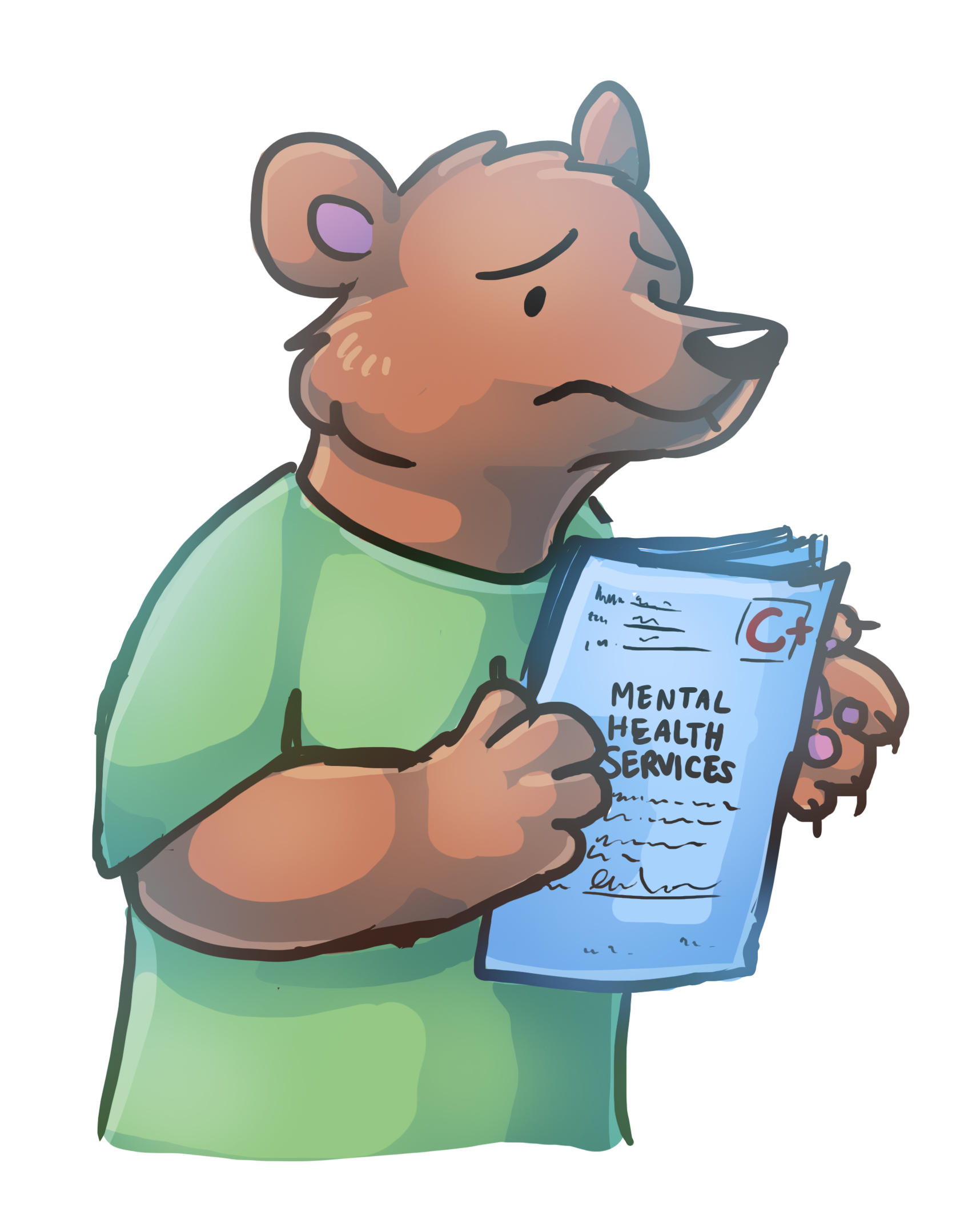 According to the UC Student Association, the University of California does not provide proper mental health services to its students. Tell me something I don’t know.

UCSA’s #HowAreYou campaign just released the results of mental health evaluations given to students and professional staff members at every UC’s mental health facility. The intention behind the survey was to redirect the attention of the UC Office of the President to mental health and encourage the continuation of increased funding for counseling facilities. The average letter grade given was a C, and UCLA received a C+.

UCSA members met with Counseling and Psychological Services Directors and professional staff members on all nine UC campuses, when possible, to fill out the evaluations. If not, the evaluations were done via email. How they reached the students is unclear, only stating that “the same questions were asked of students to garner an understanding of how opinions might be different between providers and patients.”

These results only reaffirm well-known mental health issues on college campuses. UCSA could have afforded to take on a more novel approach within its methodology that could go beyond what is already common knowledge within the university.

This evaluation serves as flashy confirmation bias put into letter grades at its best, and does nothing at its worst.

Confirmation bias does not serve student needs. We know campus mental health facilities are bad. The administration knows they are bad. Collective evidence for the purpose of validating these facts does nothing.

One question on the survey asks, “Are intake trends for counseling rising at the same rates as student population increases?”

Another asks, “Is the funding for counseling services and resources sustainable and adequate?”

We all know the answer is no.

If many of these answers go without saying, nothing substantive was achieved. But it is those who compiled the survey who are at fault.

The methodology states that “student researchers” conducted these evaluations. This description is unclear and gives these “researchers” too much credit behind what resulted in an obviously biased evaluation.

Kevin Sabo, president of UCSA and fourth-year student at UC Berkeley, said that they chose questions that were believed to be most representative of student concerns, given that UCSA is composed of elected or appointed UC students.

And he has a point. Student experience is a basic and necessary contribution to this study, but the UCSA missed an essential audience in their questioning and their outreach. The survey was given to CAPS professional staff, students currently using CAPS, students who have tried to use CAPS and decided to seek care elsewhere, or students involved in student mental health advocacy work.

Mental health stigma doesn’t start after a student’s first visit to counseling services, or after the student learns the seriousness of the mental health problem. It starts with the belief that going to get help is weak, that counseling and psychiatric help are useless practices, that your friends might judge you for needing to take time off from school to work on your mental wellness.

The #HowAreYou campaign would have better gained support if the audience it reached included those who are affected by mental health disorders, but do not speak out in fear of being ostracized on campus. Creating new data about the reality of mental health issues on campus would increase pressure on UCOP to address the problem. Not only does it prove that the current facilities don’t accommodate the needs of those willing to get help, they would also not be able to serve students that are unable to overcome the stigma.

Student representatives need to be able to say, “Here are fair, new facts.”

UCSA needs to stop preaching to the choir. By doing so it is doing a disservice to its students, who look to it as an organization responsible for being innovative in presenting and advocating for student issues.