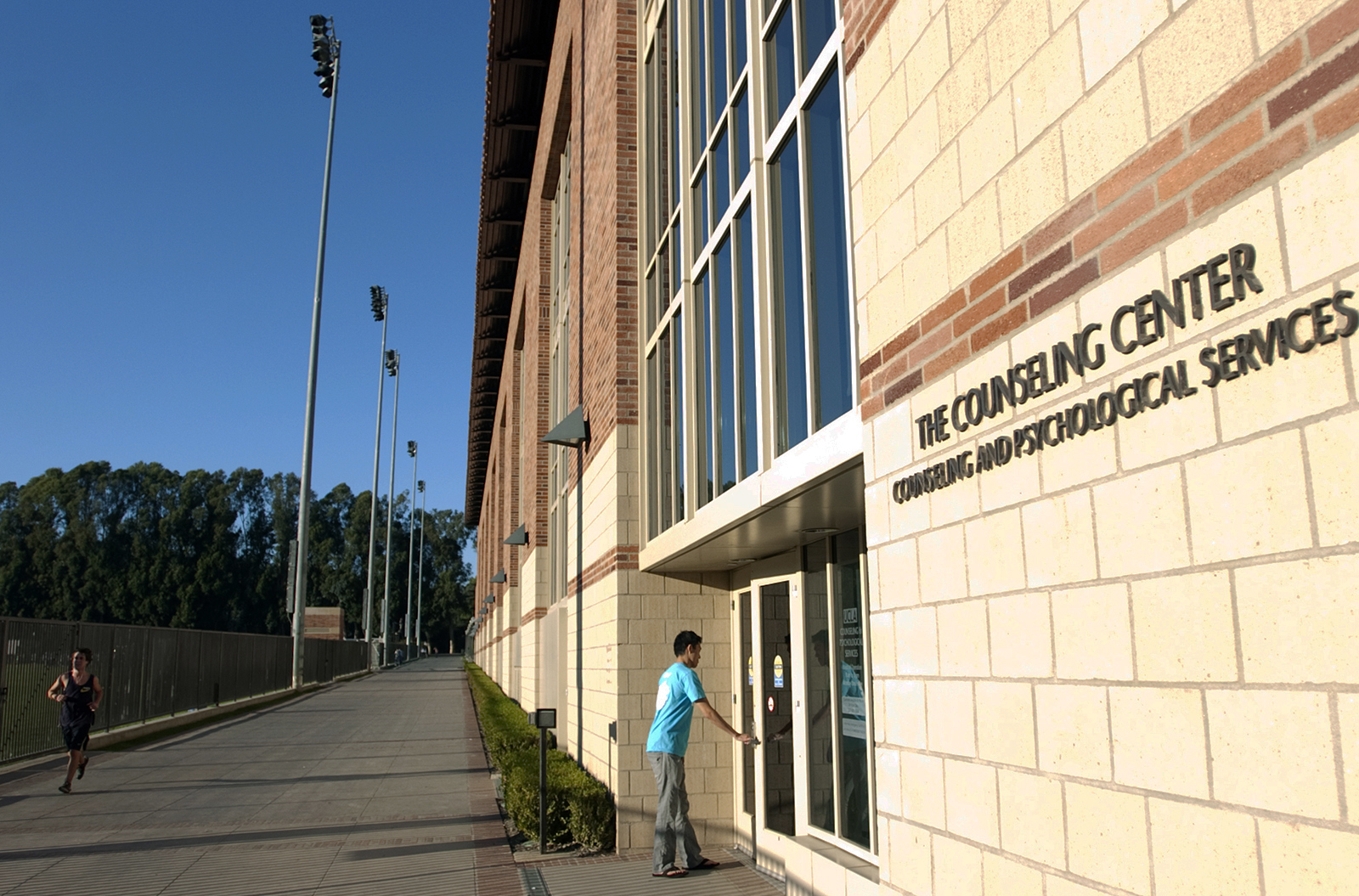 Long waits, a limited number of visits and a low staff-to-student ratio contributed to the low score the University of California Student Association awarded UCLA on Sunday in its evaluation of the school’s student mental health services.

Ria Jain, a campaign manager for All of Us and a third-year molecular, cell and developmental biology student, said UCLA received an overall score of 77.8 percent. She added there were not set points awarded for each category because the questions were not specific to each division.

Lauren Phinney, assistant commissioner of the Student Wellness Commission and one of the All of Us campaign managers, said the UCLA Counseling and Psychological Services only has about 30 clinicians to serve UCLA’s student population. She added the program made cuts last year that mandated students who have UC Student Health Insurance Plan are only given six free appointments a year, rather than the 10 sessions they were previously allowed.

Phinney said she thinks the problem is a lack of funding and resources, not CAPS itself.

“CAPS is doing the best they can based on the resources they have,” Phinney said. “The administration needs to give (CAPS) the funding and resources it needs to properly provide for students.”

Jain said UCLA received a high grade on outreach because of the efforts student groups and CAPS staff make to promote their services. She added one reason the accessibility score was low is because CAPS’ waiting time can last up to four weeks.

She said she thinks UCLA’s diversity score is not as bad as the survey made it out to be because diversity can be measured by the number of staff with expertise in demographics, or by those who identify with certain demographics. She added the questionnaire asked about expertise, but not how each staff member identifies.

“You can’t ask people to identify whether they are a survivor of sexual violence, were an incarcerated youth or identify as queer,” Jain said. “CAPS does a good job in trying to match up students with counselors from their community.”

Jain added she thinks UCLA administrators can do more to hire more counselors of different backgrounds and make those counselors available for one-on-one sessions to the communities they represent.

UCSA’s undergraduate committee conducted the study between September 2015 and February 2016 as a part of UCSA’s #HowAreYou campaign. UCSA decided to pursue the campaign because college students disproportionately experience mental health problems and feel the UC isn’t meeting their needs, according to the UCSA website.

Phinney said UCLA was above average compared to other UC schools, but she thinks its score showed mental health is not as prioritized as it should be.

UCSA President Kevin Sabo said diversity of staff and lack of outreach made up the grading rubric because they were the top-reported issues, based on a questionnaire. The questionnaire was distributed to professional staff from CAPS and students who either use CAPS, have tried CAPS, sought care elsewhere or are involved with student mental health advocacy.

The study aimed to provide qualitative feedback to the schools and show what students are concerned about, rather than advise students against using campus services, Sabo said.

Sabo added UCSA’s next steps will be to work with student representatives from each campus, meet with administrators and figure out how campuses can improve their mental health services.