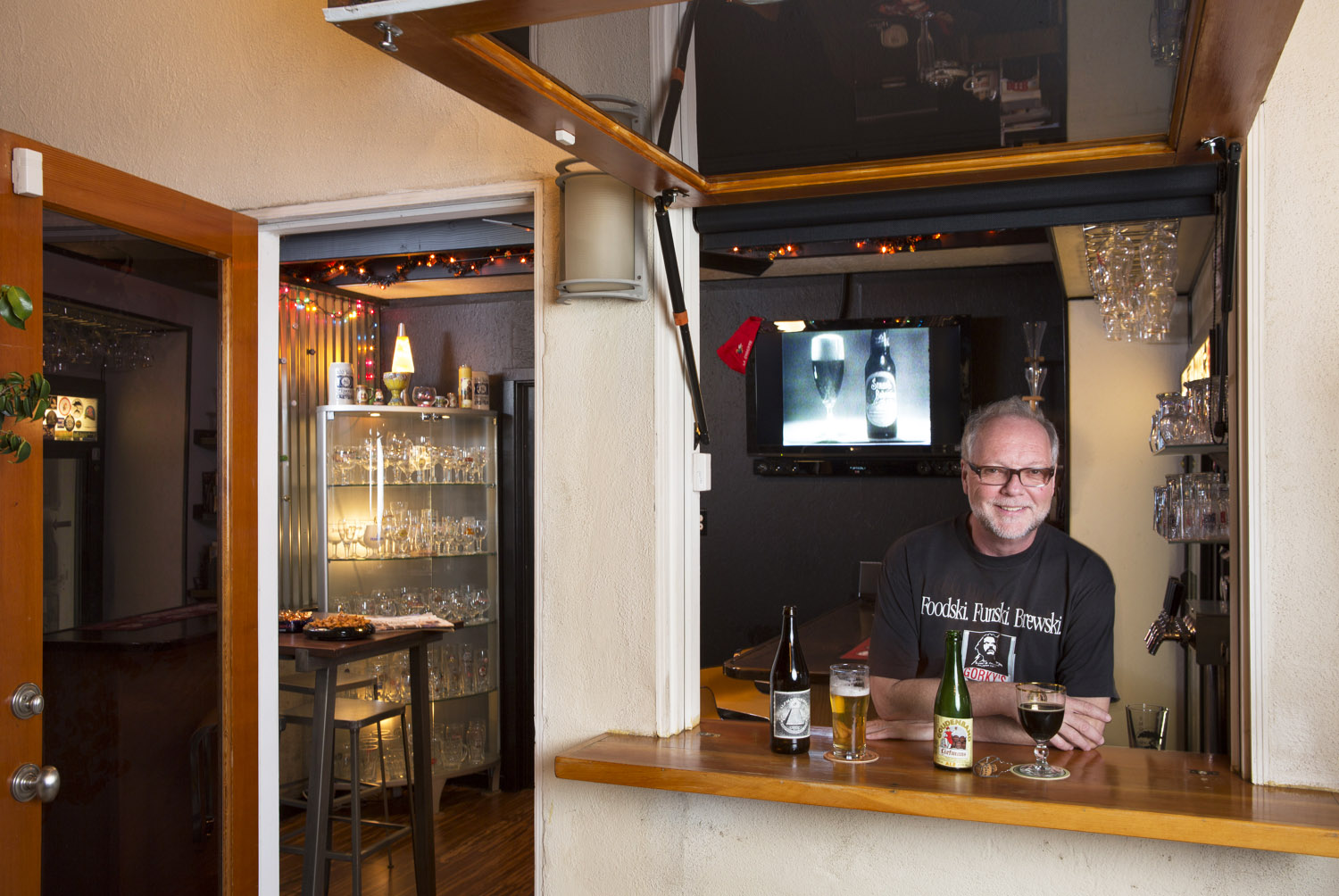 Tomm Carroll, a beer enthusiast, will teach a course about the history of beer brewing in Los Angeles. The class will include beer tasting, field trips and classes about how the beer industry works. (Courtesy of Tomm Carroll)

The taste, color and style of regional, yellow lagers all bored him, he said. But when independent breweries began opening across the U.S. in the 1980s, different flavors from around the world arrived in the form of craft beer.

Carroll, now a craft beer expert who has frequented brewpubs and microbreweries across the U.S. and Europe, will teach a UCLA Extension class called “A Class of Beer: An Overview of the Craft Brewing Renaissance” in March.

Carroll said he will teach students about the history of craft brewing, beer styles and their geographical origins. Students will visit breweries, bars and bottle shops, and taste different kinds of beer.

“(Beer) is the common man’s drink,” Carroll said. “But there’s such a great history with beer.”

Carroll’s class will consist of a three hour lecture once a week. UCLA Extension students who are over 21 can enroll in the course. They will pay a course fee of $525 if they enroll before Feb. 28, and $575 if they enroll after.

Timothy Jones, project manager in the Office of Instructional Enhancement for UCLA Extension, said he created an advisory board to see if a class about beer would be possible, and board members thought the class would interest students.

“Tomm has one of the best palates for beer in Los Angeles,” he said. “He goes around the world … and is really passionate about the different kinds of beer. He’s a local celebrity.”

Carroll travels the world and was recently in Japan for the Great Japan Beer Festival, Jones said. He added several brewers often ask for Carroll’s expertise.

“Tomm is incredibly gregarious,” he said. “People will have the opportunity to pick his brain, and his passion for the subject will really come across.”

Carroll moved to LA in 1981, when Sierra Nevada Brewery Co., one of the first craft breweries, opened.

“In the beginning, I looked for anything that was different,” Carroll said. “Nothing was going on on the East Coast so I moved west.”

Craft breweries, also known as microbreweries, are independently owned companies that often have their own twist on flavor and brewing style, Carroll said.

Ten years ago, Carroll started his own column, called “To Live and Drink in LA” in Celebrator Beer News, an online news magazine dedicated to craft brewing.

Carroll also writes for multiple opinion columns in Beer Paper LA, and helps organize LA BEER WEEK, an annual event in June. He has also judged over 30 homebrew and commercial competitions around the world, including ones in Mexico and Japan.

Phansavath said she thinks the class will be popular because the brewing industry in Los Angeles is booming, and students already show interest in the wine classes. She added Carroll’s class is an introductory course, but UCLA Extension may expand the curriculum if it is successful.

Carroll said he hopes to properly teach and inform those who have a growing interest in craft beers and brewing.

“I found I have a palate (for beer with which) I judge and I write,” Carroll said. “People used to scoff at craft beers and now everyone’s getting into it, even though they don’t necessarily know what it is.”

The class will also feature several guest speakers who own microbreweries.

Jones said he thinks the class is also an opportunity for people to learn about the business side of the beer industry, while fulfilling educational requirements.

“Some people want to make a passion into a career,” he said. “Bringing these groups of people together makes a really good class.”

Nick Mantle, a UCLA Extension student in the Design Communication Arts Certificate program, said he thinks the course would help people going into the restaurant business because beer is a huge industry.

Carroll said he wants his students to be able to identify different styles of beer, and differentiate between the good and the bad. Students will also be trained in brewing and aging beer.

“There’s so much to beer people don’t realize – the tastes, the colors, the bubbles,” Carroll said. “It’s great to like beer.”

UCLA Extension students can sign up for the class online.