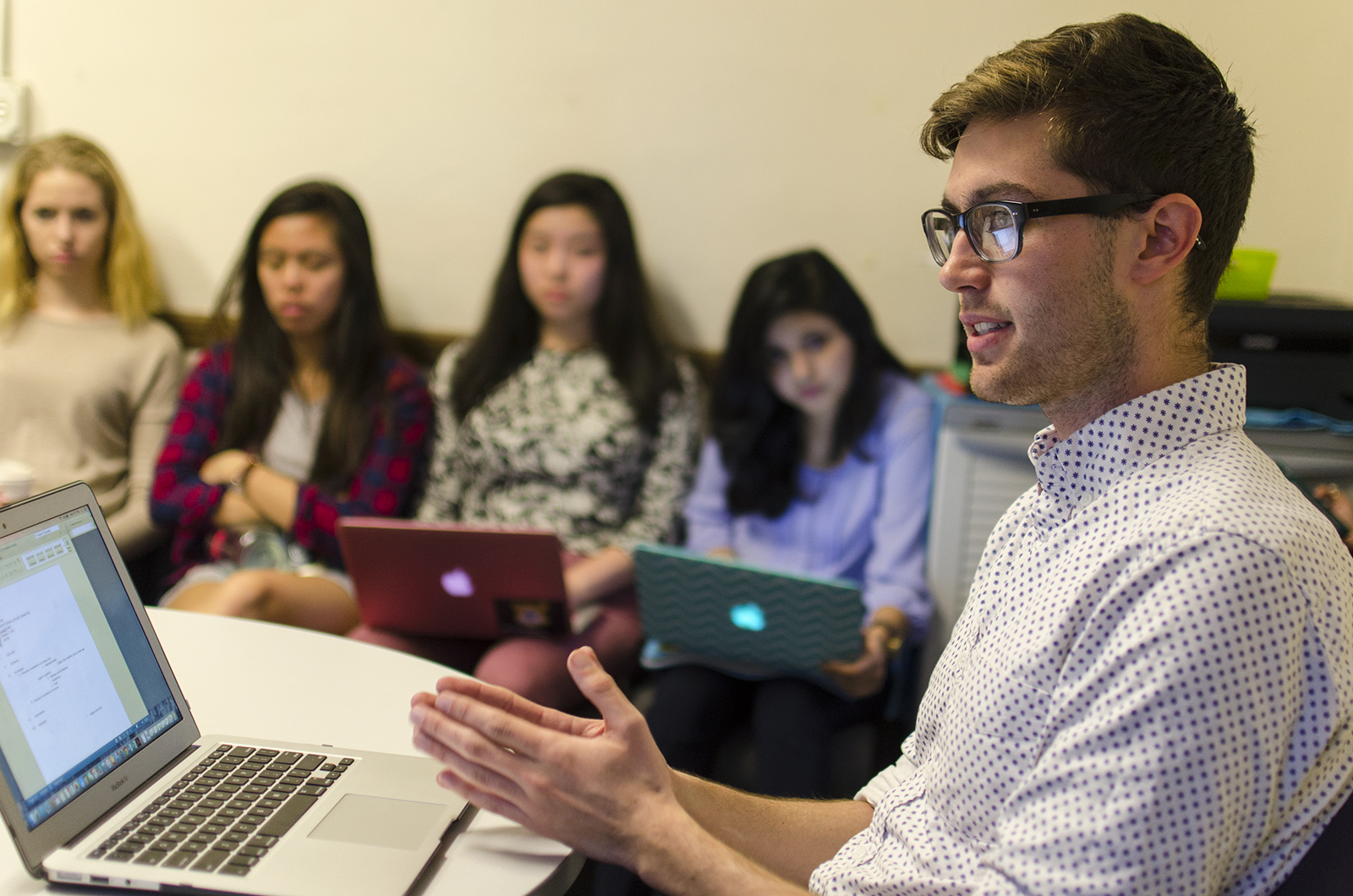 Undergraduate Students Association Council Facilities Commissioner Ian Cocroft said at a meeting about the upcoming USAC election he thinks the order the candidates’ names appear on the ballot should be randomized. (Anthony Tran/Daily Bruin)

The Undergraduate Students Association Council’s Constitutional Review Committee, which is in charge of proposing changes to USAC bylaws or the Election Code, convened to discuss possible solutions that aim to make the election process more fair.

Facilities Commissioner Ian Cocroft said he thinks the order in which candidates’ names appear on the ballot should be randomized, because students are more likely to vote for candidates listed first under for their respective positions.

Election Board Chair Lindsay Allen said she would speak with UCLA officials about implementing such a change on MyUCLA.

Cocroft also proposed student groups submit written questions for candidates, who would also provide written responses, in an attempt to assess the strengths of candidates’ platforms. He said he thinks the current system of a verbal question-and-answer session only tests how well candidates speak under pressure in a public setting.

Cultural Affairs Commissioner Amy Shao said she thinks the written format is unnecessary because candidates should be prepared to verbally substantiate their platforms.

Suman Padhi, director of the Election Board Investigations Committee, said he thinks switching to a written format would not allow student groups to assess candidates’ characters.

General Representative Anais Amin said she is concerned with bloc voting, after hearing that students in sororities and fraternities voted in blocs on the Monday of the election week in previous years. Bloc voting occurs when a large group of students vote for a single candidate based on group, instead of individual, political preferences.

The Election Code defines bloc voting as coercion of individuals or groups of students to vote in a particular manner.

Academic Affairs Commissioner Trent Kajikawa said he doesn’t think bloc voting only happens in one community, and investigations into cases of bloc voting should also be directed toward all student groups.

“Bloc voting is a serious problem, but let’s analyze it across campus and look at every student group,” Kajikawa said. “Why just focus on Mondays?”

Padhi said spikes in voting at certain times do not necessarily indicate bloc voting. He added the Election Board could look into restricting times to 9 a.m. to 5 p.m., in an attempt to reduce bloc voting.

Cocroft said he will consider further discussing these issues at council meetings.