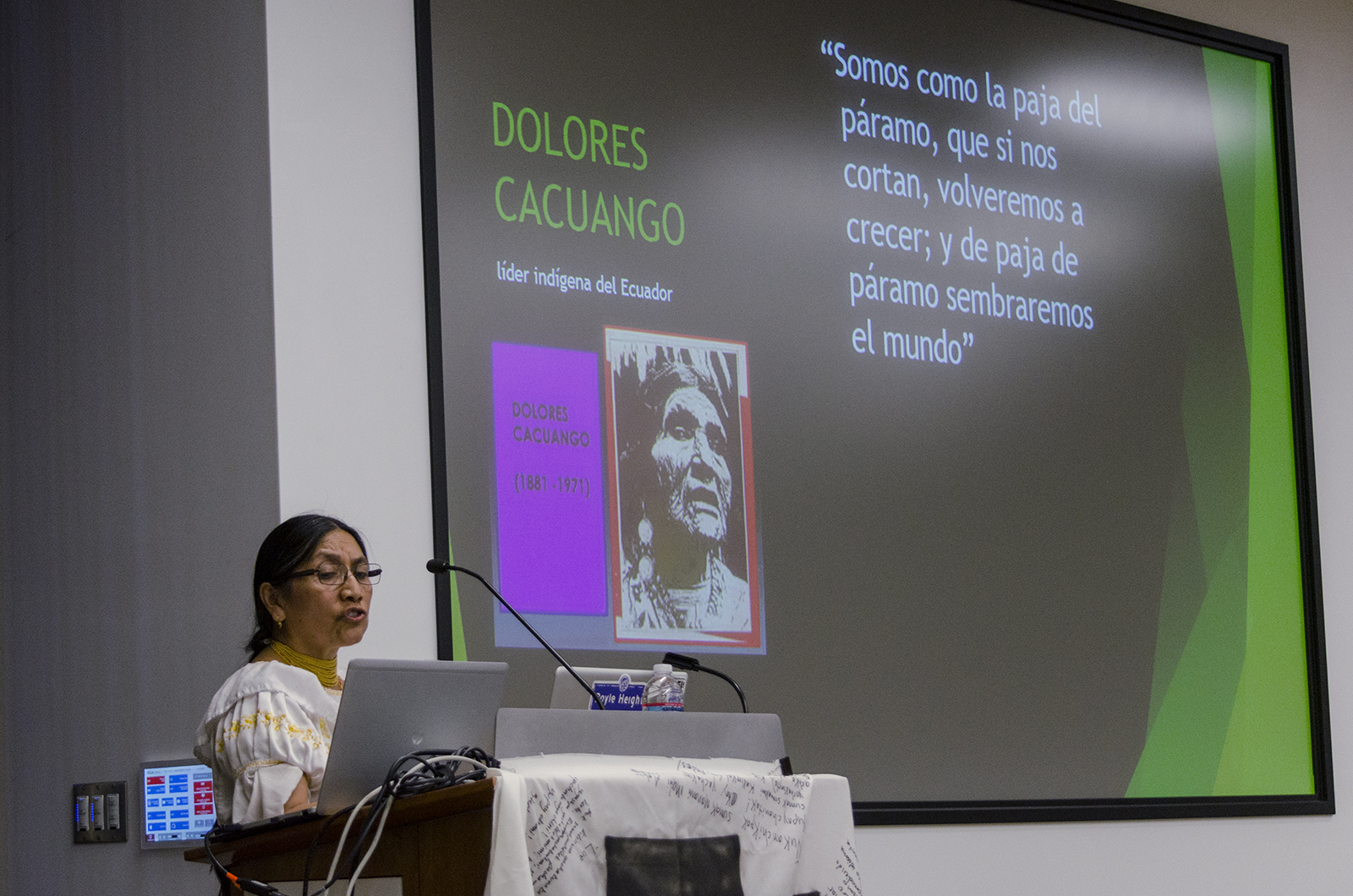 Students and faculty gathered at Young Research Library Tuesday night to learn about the Quechua, an indigenous group native to South America, and UCLA’s courses on the Quechua language.

Professor Luz Maria De la Torre, who teaches the Quechua language classes, and her students hosted the event. Students spoke about Quechua culture in Spanish and English and prepared Andean food for about 100 attendees, which included empanadas, canchita, patacones and papas a la huancaina.

Quechua is an indigenous group native to several countries in Latin America, including Ecuador, Peru, Chile and Bolivia. De la Torre, who is a native speaker of Quechua, began teaching the Quechua courses at UCLA seven years ago.

She said she has hosted the annual event since the course’s inception in 2009, hoping to promote the class and Quechua culture in general.

“We are trying to put our presence in public spaces, because the culture and the lives of indigenous people are … thought to be undervalued,” De la Torre said.

The event, which has a different theme each year, was called “Yanantin,” the name of a Quechuan philosophy that roughly translates to “living and growing among our differences to create a new identity,” said David Carrasco, a fourth-year Spanish student who has taken Quechuan classes.

Cindy Toledo, a second-year political science student who attended the event, said the event also aimed to educate attendees about Quechua culture and the struggles many indigenous people face

“I took the Quechuan classes because I’m Mayan, and I wanted to stand in solidarity with our Quechuan brothers and sisters,” Toledo said.

Edwin Zambrano, an Ecuadorian diplomat for Los Angeles, attended the event and presented on the difficulties he faced as a government official who identifies as Montuvio, another indigenous minority group.

“Indigenous communities are oftentimes on the periphery, and it’s important to have these events to enlighten students and the community in general,” Carrasco said.

Ketzalzin Cruz, a second-year Latin American studies student who attended the event, said many indigenous languages including Quechuan are experiencing a revival after falling out of use in their native communities.

“I took the (Quechuan) class because I want to be part of the revival that’s bringing back all these ancient languages,” Cruz said.

“(De la Torre) constantly expresses that people look down on her because of her clothes and appearance,” Mendoza said. “They ask her if she is a domestic worker or in costume. We need to understand they’re just different people with a different culture who shouldn’t be viewed differently.”

De la Torre said the annual event helped her classes grow from only a few students in its first year to a consistent class size of about 20 students.