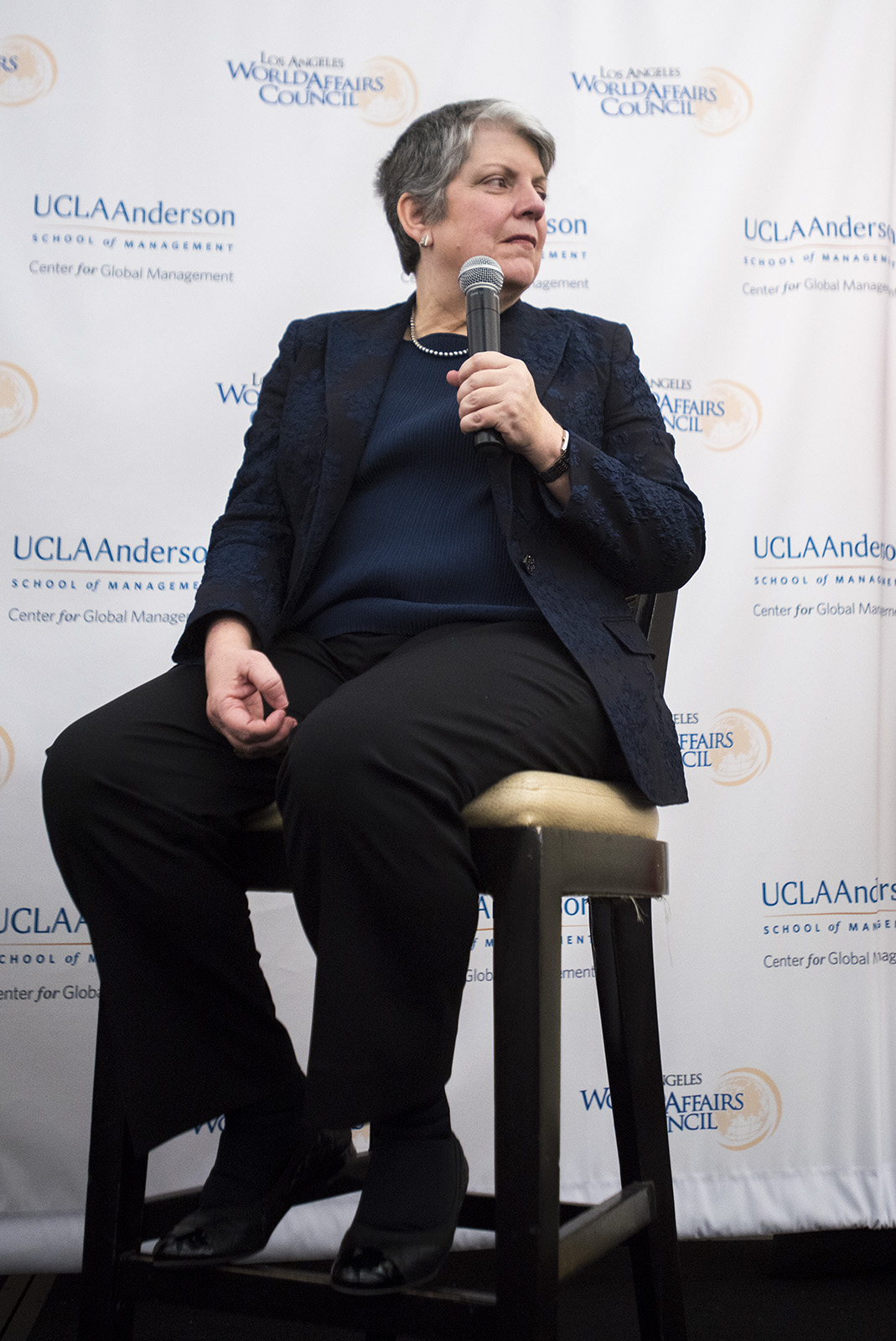 UC President Janet Napolitano signed a budget deal with Gov. Jerry Brown last May that calls for the UC to implement a new pension tier in exchange for a one time payment of $436 million from the state. (Kathy Chen/Daily Bruin)

The University of California Assembly of the Academic Senate unanimously passed a resolution during Wednesday’s meeting condemning a proposal that would reduce retirement benefits.

If enacted, the proposal will allow UC employees hired after after July 1, 2016 to choose between a hybrid defined benefit plan and a defined contribution plan. The new hybrid defined benefit plan will cap income available for pension payments, or pensionable income, at $117,020, compared to the existing cap of $265,000, according to the proposal.

UC President Janet Napolitano appointed a UC-wide task force of faculty, staff and administrators last year to determine a new set of retirement benefits. The state will provide $436 million for the UC over the next three years if the UC creates the new pension tier, in accordance with the budget deal Napolitano and Gov. Jerry Brown struck last May.

Dan Hare, chair of the UC systemwide Academic Senate, said in an email statement the senate thinks the faculty salaries after July 1 should be increased to offset the proposal’s reduced retirement benefit values. The statement added the association thinks the quality of UC faculty would decline as a result of lowered benefits associated with the proposed pension policies.

“Any salary increases will greatly reduce whatever savings there might be if we adopt a lower-valued retirement benefit,” Hare said.

The Senate will present the UC Board of Regents its final recommendations at the bimonthly regents meeting in March.