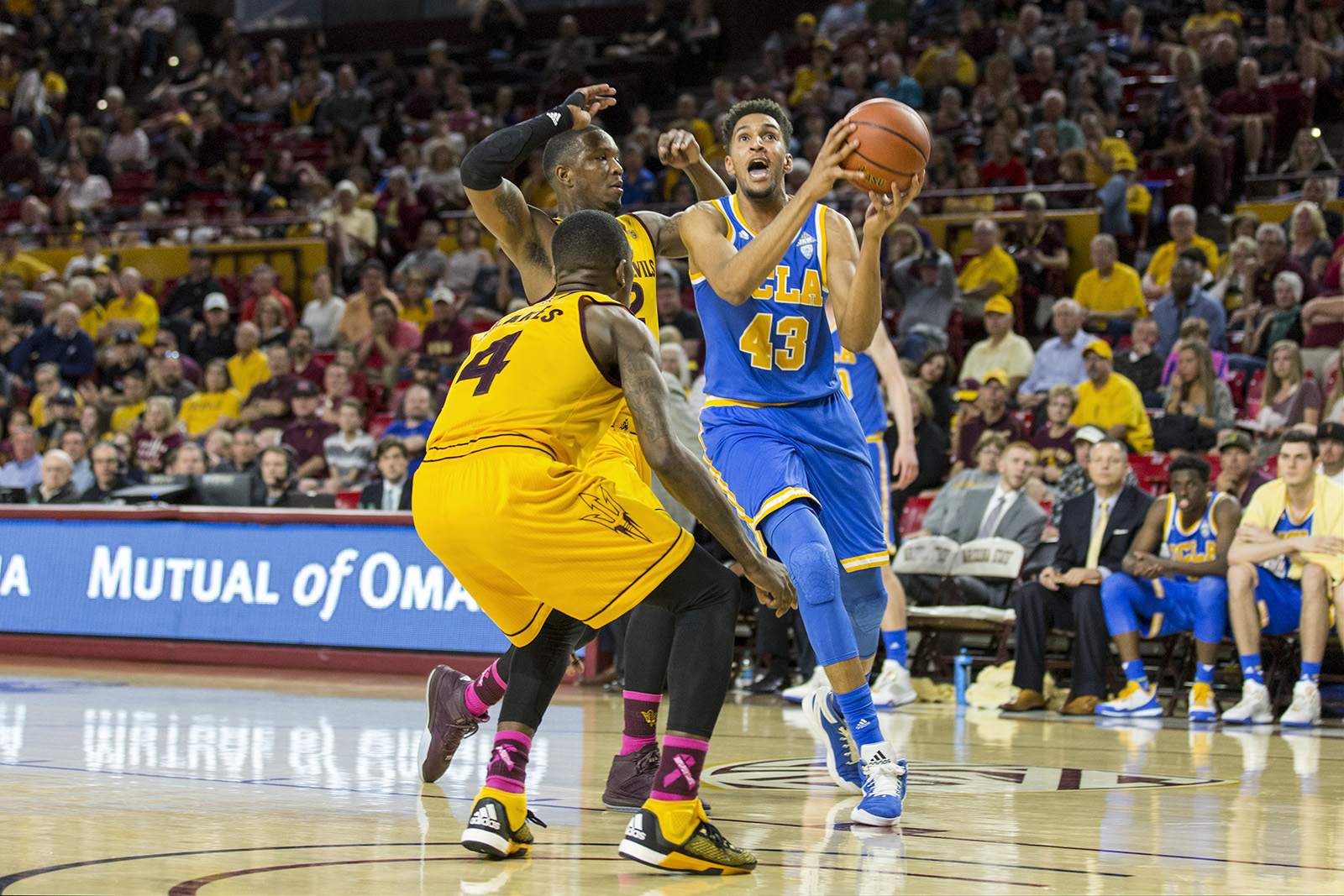 TEMPE, Ariz. — In the desert, Arizona State relied on raining down threes to keep pace for most of the game.

Once the well ran dry and the shots stopped falling, UCLA showed its dominance in the paint to pull away 78-65.

“We knew coming in that they shot a lot of threes and that they’re a pretty good shooting team,” said junior guard Bryce Alford. “We knew that was a big key, to try and take the 3-point line away.”

That didn’t happen in the first half, but UCLA came out of halftime with a different mentality, limiting ASU to just 35.7 percent in the second half. Sun Devils sophomore guard Tra Holder was held to just five points on two-of-12 shooting after pouring in 26 points at Pauley Pavilion earlier in the season.

While ASU shot 31 percent from the field in the second, UCLA remained hot. The Bruins took only eight threes and relied on getting the ball in the paint.

Senior center Tony Parker scored eight points in just 13 minutes of play, with six of them coming after halftime.

After being held scoreless in the loss at USC two games ago, sophomore guard/forward Jonah Bolden had turned it around. He built upon his 10-point game in Arizona on Friday night with a season-high 16 points and nine rebounds.

“I just felt that I needed to change my ways, start fresh with a clean slate and just get things going,” Bolden said. “In practice we’ve been doing a lot of extra shooting, working on pick and pops, just running, having fun and just changing my mindset.”

This was the fourth game Bolden had started for UCLA after coach Steve Alford abandoned the big-big starting lineup of Parker and sophomore center Thomas Welsh. A big factor in the lineup change was the return of sophomore forward G.G. Goloman, allowing the team to have a four-man front-court rotation.

“We don’t like playing two centers, and we were kind of forced into doing that,” Alford said. “But now we’re trying to play a different way, and it’s not easy when you’re about 20-some-odd games in to change how you play, but our guys are really responding well to it.”

With the improved spacing on the floor, things are beginning to open up offensively. Bryce Alford finished with 11 assists, and freshman guard Prince Ali put up 12 points, the most he’s scored since November against Pepperdine.

UCLA returns home with six games left in regular season play. If it wants to make one last push for the NCAA Tournament, the Bruins will have to build upon the newfound productivity from their new starting lineup.