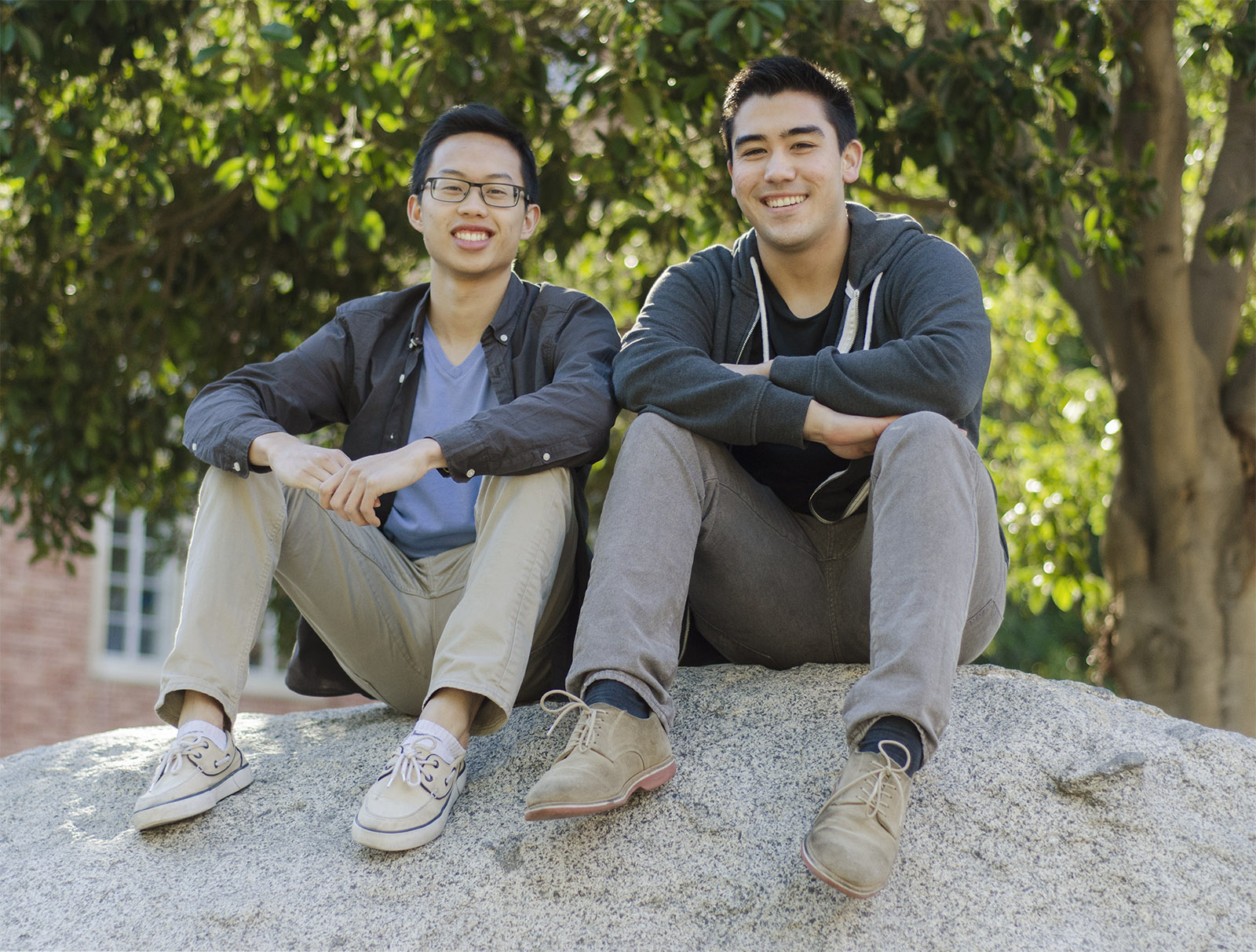 Head tilted back, arms crossed, gazing up at the wall, Justin Saco encouraged Marco Zepeda, 13, to keep climbing. Nervous of the height and unsure of what to do next, Marco asked to come down, but Saco wasn’t ready to let him give up.

“Remember to breathe, just relax,” said Saco, prodding Marco to try to push past his comfort zone and reach the top of the wall.

Saco and Matthew Wai run Rockin’ Autism, a rock climbing program that aims to develop social and motor skills for kids on the autism spectrum. More than just a form of physical therapy, rock climbing incorporates a mental puzzle for the young athletes.

“It’s like playing chess with your body. You have to be in touch with every square inch of your body,” said Robert Basil, the father of 8-year-old Ian, who is one of the newest members of the program.

The idea emerged their sophomore year when the two needed to fulfill volunteer hours for their pre-medicine tracks. Wai said his heart did not lie in hospital clerical work. Saco said he had always wanted to start a rock climbing program. Saco, a fourth-year microbiology, immunology, and molecular genetics student, said that’s when Wai did what he always does – take things one step further.

“Why don’t we work with kids with autism?” Wai said.

He did some research, looking into rock climbing physical therapy and learned that numerous rock climbing therapy programs serve the autistic community.

Over the next year and a half, beginning in the spring of 2014, that idea slowly materialized as the two looked at existing athletic programs for autistic youth and how they operated. Juggling demanding academic schedules, they drafted a constitution, navigated the administrative process and shadowed other programs including ACEing Autism, a tennis program at UCLA.

By talking to parents and program coordinators, Wai and Saco learned how such a program works and how to effectively communicate with people on the autism spectrum – not letting the stigma of autism make them see the kids as anything other than normal.

“If you start sugar coating everything, making everything all soft, they’re gonna conform to that,” said Wai, a fourth-year physiological science student. “They’re not going to reach the expectation that you want them to because you aren’t giving them that expectation.”

Two-thirds of the way up the wall, Marco echoed his desire to come down, but Saco was patient, suggesting what Marco do next.

Calmed by a few deep breaths, Marco put all his weight on one foot and extended upward to the next hold. A few moves later he was at the top of the wall for the first time.

The demand for physical and mental toughness fuses into a precise awareness of the most minute placements of each finger and toe, lending rock climbing its therapeutic nature. The social connections inherent in climbing are just as central to promoting growth as the physical side.

“You see pictures of (climbers) by themselves, but actually they’re not. You need to learn how to work with other people,” said Carmela Yap, the mother of 11-year-old Rohan.

Teamwork and communication is the crux of helping the climbers grow stronger and stay safe. The belayer on the ground, attached by rope to the climber, is responsible for preventing hard falls and being the climber’s second set of eyes as he or she searches for the next move. Yap said that teamwork experience gained by following instructions and communicating to stay safe and climb higher will help Rohan develop stronger interpersonal skills that could translate into social life at school.

As Marco descended, Rohan and Ian talked strategy. Not of rock climbing, but of Minecraft. In stretching circles and in between climbs, the boys talk shop, discuss their favorite realms, their preferred betas to complete different tasks and the various bosses they encounter in the virtual world.

“How we’re trying to help them develop their social skills is not only just interacting with us, but recruiting more kids so they can interact with kids their own age and build friendships,” Wai said.

Yap said the social space Wai and Saco have created has helped Rohan with his self-esteem and is beginning to gel with speech therapy and diffuse into social life at school.

There have been only two to three kids at each session, but the intimate setting caters to the sensitivity of people on the autism spectrum and allows for closer relationships to form.

“(Wai and Saco) are encouraging and that’s what they need, something to build their confidence,” Basil said.

Yap has seen that confidence grow in Rohan. The first time he tried rock climbing, he ascended only 3 feet off the ground before he wanted to come down. A month later, not only did he reach the top, he completed every climb Wai and Saco had set up.

“It may be hard at first, but if you focus a lot, you’ll be okay,” said Rohan after a morning of climbing in November.