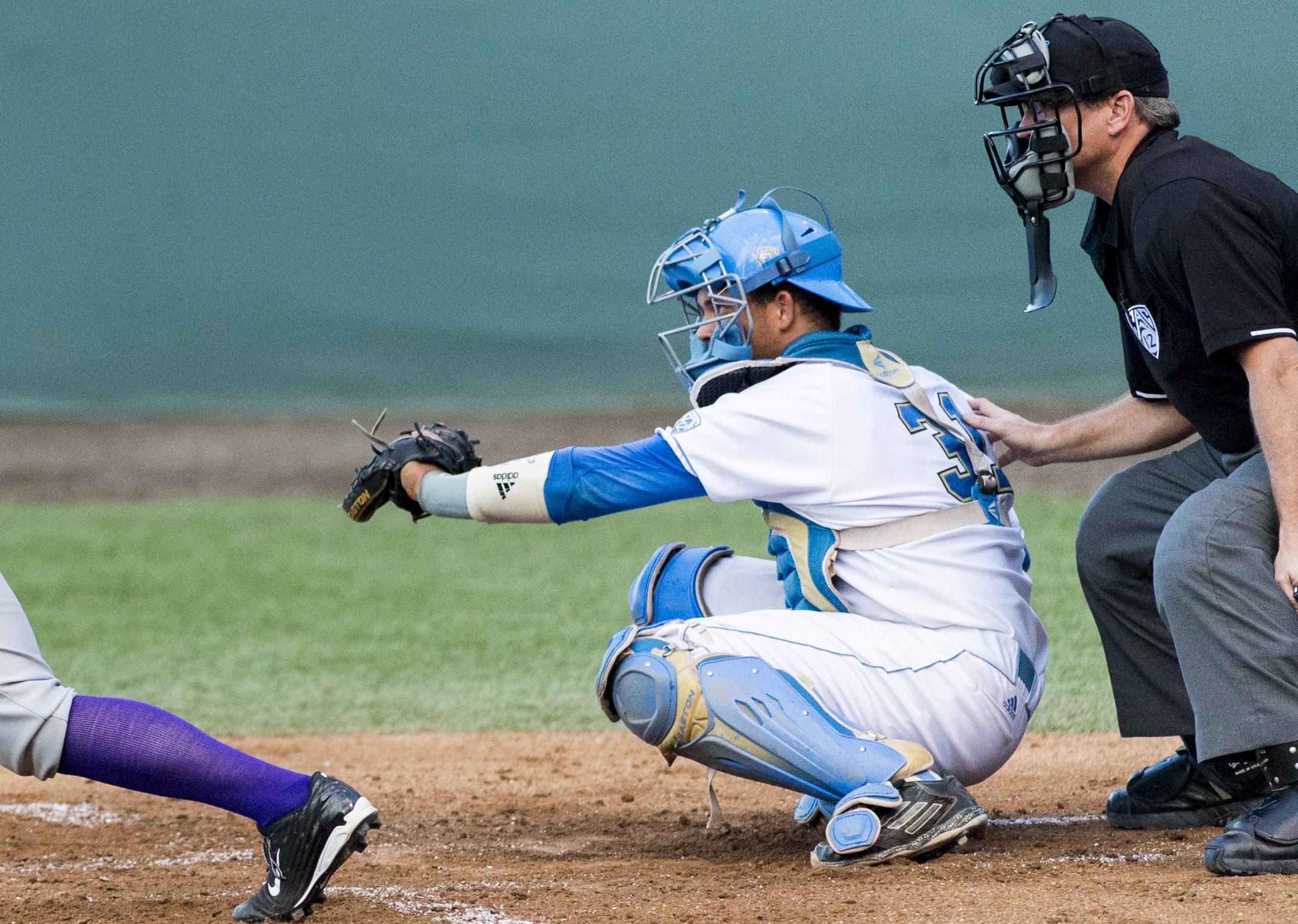 Redshirt junior catcher Darrell Miller Jr. will be sidelined for the entire 2016 season after a labrum tear required him to undergo surgery. (Daily Bruin file photo)

With just under two weeks to go before the start of the season, UCLA baseball has already lost its starting catcher.

Redshirt junior Darrell Miller Jr. will miss the entire 2016 season due to a torn labrum in his left shoulder. The right-handed hitting and throwing catcher will undergo surgery per UCLA Athletics.

Miller Jr. was projected to start this season after appearing in 55 games last year. The No. 9 Bruins have three other catchers listed on the roster in true freshman Jake Hirabayashi, redshirt freshman Daniel Rosica, and redshirt junior Keenan Pierandozzi-Howes. None of the three have seen any game action at the Division I level.

The Philadelphia Phillies drafted Miller Jr. in the 34th round of the 2012 MLB draft, but he opted to play at UCLA instead. Miller Jr.’s father spent six big league seasons with the California Angels.

Miller Jr. followed up his first full season as catcher by appearing in 13 games of summer ball for the Newport Gulls in the New England League.