How does Myles Jack stack up? 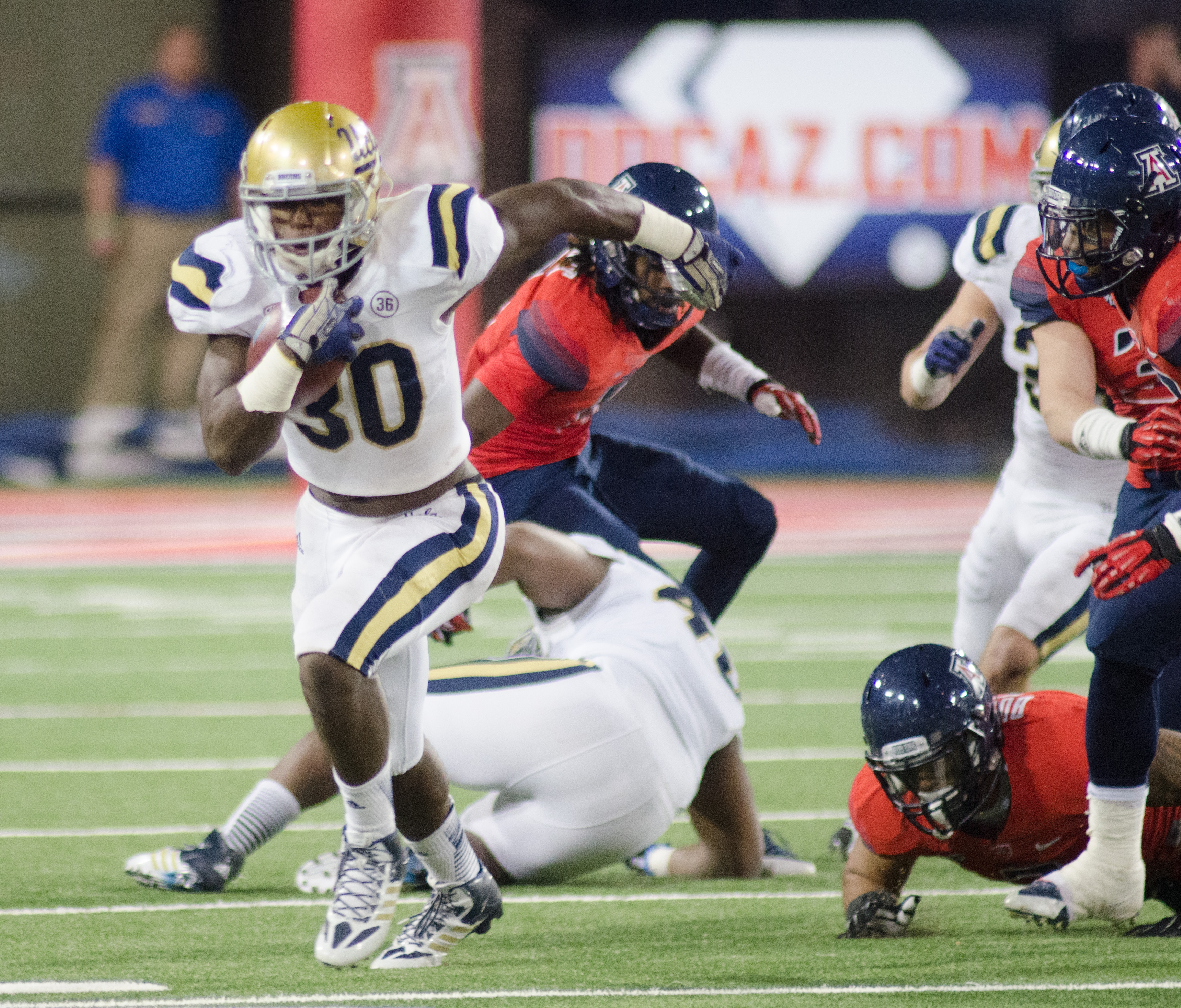 When Myles Jack left school early to enter the NFL draft, some questioned his decision, including his coach, Jim Mora. Mora, citing his experience with professional draft rooms, noted it might be tough for a team to pull the trigger on Jack with so little tape to look at.

In the months since, it’s become clear that Jack made a good decision, as his draft stock has skyrocketed to the point that most analysts have him within the top five or 10 picks. He’s received comparisons to hyper-athletic NFL linebackers like Thomas Davis and Jamie Collins, both of whom were active this past weekend in the Championship Round.

And while there is admittedly little tape to look back on, I set out on a fun exercise of trying to justify those comparisons. Let’s have a look at Davis’ and Collins’ performances this past week and see how Jack stacks up.

Davis is a 10-year veteran who came out of Georgia as a hybrid between a linebacker and a defensive back. Before he broke his arm Sunday, he showed off the superb recognition and athleticism that made him a first-team All-Pro.

When I saw this play on film, I expertly broke it down in my notes. Oh wait, no, I didn’t, I just wrote “BANG BANG BANG.” It looks like the Cardinals don’t account for Davis in their blocking scheme, presumably because they thought rookie speedster David Johnson could beat the 32-year-old to the edge on his own.

Instead, Davis reaches the backfield before Johnson touches the ball and pummels the runner immediately for a 6-yard loss.

In the five games that DraftBreakdown.com has uploaded on Jack, there’s no play where he displays this type of downhill explosiveness in the run game, but that’s largely because UCLA often utilized him in coverage, especially during the three games of his junior year. And in coverage situations, he certainly showed off this type of athleticism and tackling ability.

Davis isn’t just an explosive hitter, though. He’s also become an expert at staying clean in the running game in order to make a play on the runner.

Davis does benefit from the dominance of the Carolina defensive front but he also dodges two blocks on this play. At UCLA, Jack didn’t produce as many plays like this, partly because he is the most dynamic player on the Bruins’ defense. Still, he showed an ability to stay clean as he pursued the ballcarrier.

And even when he does get reached by a blocker, he shows the strength and hand skills to get off the block and continue his pursuit.

Collins, a third-year pro out of Southern Mississippi, is a little bigger than Davis at 6-foot-3 and 250 pounds, but has the same type of standout athleticism for a linebacker. At the 2013 NFL Combine, Collins popped off the charts with an incredible 41.5-inch vertical jump and and 11-foot-7 broad jump, both far better than any other linebacker prospect that year. The explosiveness is clear on the field.

This coaching film angle doesn’t really do justice to the hit Collins lays on Broncos back Ronnie Hillman.

Jack has that same type of hit power. We saw it in the K-State clip above but here’s another fun clip.

In the AFC title game, Collins made two costly mistakes in coverage, but it would be wrong to call him a coverage liability. I reached further back to find an example of Collins’ ability to play in coverage. Here, he switches onto the Dolphins’ Pro Bowl receiver Jarvis Landry and breaks up a slant route.

Jack can do the same type of thing. Watch him in man-to-man coverage during the BYU game.

Jack has the pursuit speed, the hit power and the coverage skills to get NFL evaluators dreaming about his potential as a Davis-or-Collins-like defensive stud. He’s still got work to do – he’s not as good at weaving through trash as either of the two aforementioned comparisons and he obviously isn’t doing these things against NFL competition. But the potential is there, and that’s why Jack will go in the top 10.