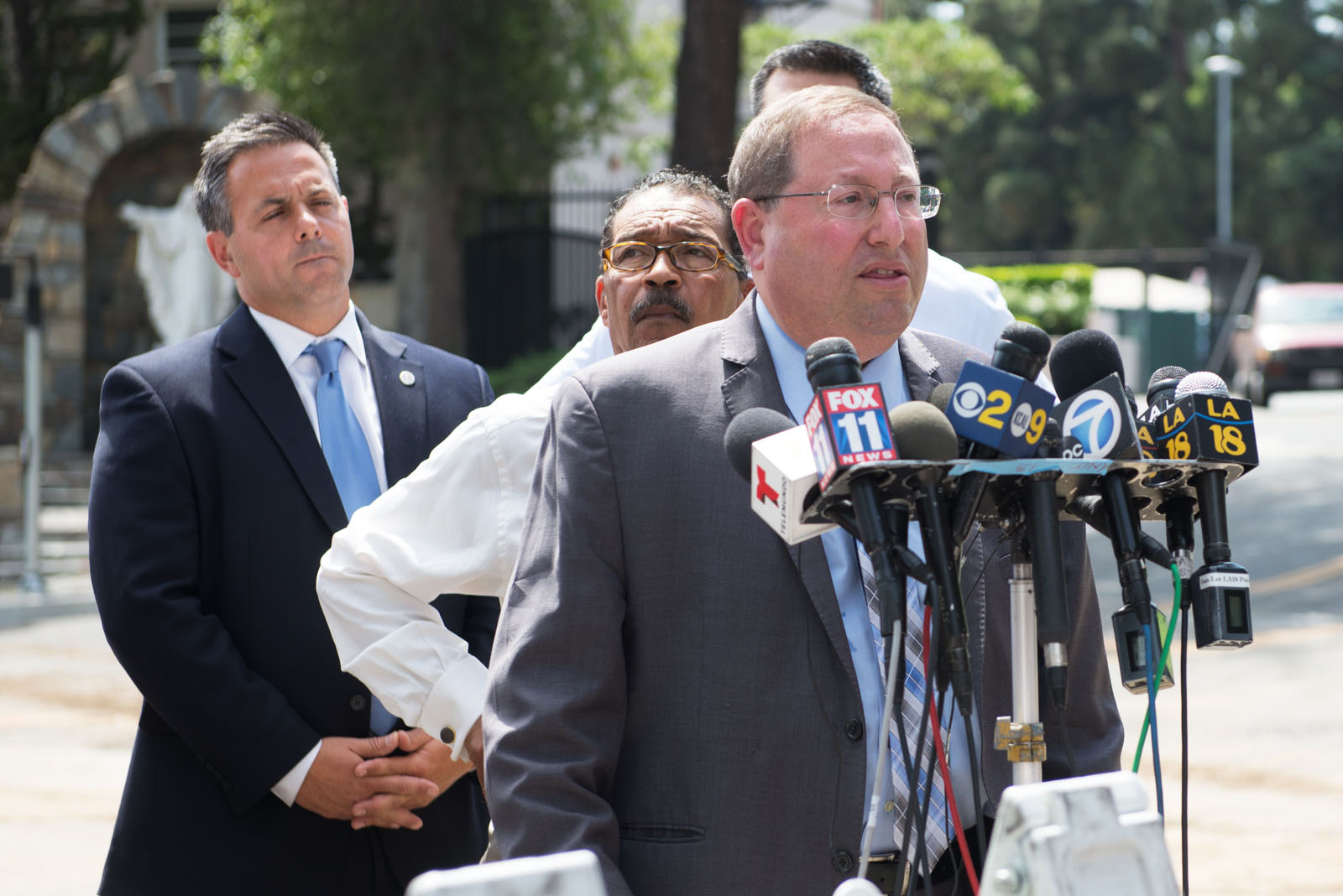 Email correspondence between a city council member’s staffers and Westwood residents shows inconsistencies in his stance on the proposed Westwood Boulevard bike lane.

L.A. City Councilman Paul Koretz, who represents Westwood Village and surrounding areas, consistently told community leaders he did not support bike lanes on Westwood Boulevard. However, his staff members sent several emails to constituents over the past two years that said Koretz would be willing to discuss proposals for bike lanes on Westwood Boulevard with more time and research.

The contested bike lane was introduced in accordance with Mobility Plan 2035, a citywide transportation plan that aims to decrease congestion and improve conditions for transit riders, cyclists and pedestrians. If the lane remains in the plan, it will run from Wellworth Avenue, which is south of Wilshire Boulevard, to Le Conte Avenue, which marks the southern border of UCLA.

After city planners announced the Mobility Plan in 2013, several Westside community leaders and residents who opposed the proposed bike lane emailed Koretz asking to meet with him. In his reply, Koretz said a meeting was unnecessary because he agreed with them.

“I usually like to have as much information as I can before making a decision,” Koretz said in his email response. “But since I can’t see any way that I wind up supporting the bike lane on Westwood anyway, I am just going to kill it now, rather than waiting for a study.”

Last August, Koretz proposed an amendment that would remove the bike lane from the mobility plan. He continued to advocate for the proposal at committee hearings and city council meetings, but it has not been brought to a vote.

Koretz said he opposes the proposed bike lane because he thinks it would decrease safety on the heavily-trafficked street and impede emergency vehicles.

Ryan Snyder, a transportation consultant and UCLA alumnus, created the “Remove Nothing Plan” in response to Koretz’s safety concerns. The plan would create bike lanes on Westwood Boulevard without removing any current vehicle lanes.

Jay Greenstein, Koretz’s transportation deputy, said in emails responding to residents who supported Snyder’s plan that Koretz’s office was willing to collaborate with Snyder and the L.A. County Bicycle Coalition.

Koretz met with Snyder and other pro-bike lane community members, but Snyder said he never followed up with the groups.

Snyder said he thinks Koretz was never interested in making any compromises involving a bike lane on Westwood Boulevard, which was the premise behind his plan.

In email correspondence with neighborhood leaders and city engineers, Koretz’s office members said they thought Snyder’s plan was conceptual and unrealistic, and did not account for already-narrow medians and sidewalks that would have to be further slimmed.

However, in March 2015, Greenstein sent an email to the West L.A. Sierra Club, an environmental advocacy group, and said Koretz would discuss the proposal after more data became available.

“Councilmember Koretz and Mayor (Eric) Garcetti support the Department of Transportation moving forward with the preliminary engineering design for two bike lane options on this segment of Westwood Boulevard,” Greenstein said in the email.

In reply, the Sierra Club thanked Greenstein for informing them of Koretz’s support.

Dave Karwaski, senior associate director for UCLA Transportation, said UCLA supports all proposals for bike lanes in Westwood, but he thinks engineering studies should evaluate the proposed lane on Westwood Boulevard before city officials vote to eliminate it.

James Bickhart, a consultant in Koretz’s office, said he doesn’t think the proposed segment needs to be studied again, because the proposal was researched in the mobility plan’s Environmental Impact Report.

In 2015, city planners began to look for alternative locations for the bike lane. Bickhart said the city’s planning department will evaluate alternative routes in a report released later this year. The city council will vote in February whether to remove the proposed Westwood Boulevard bike lane from the city’s mobility plan.