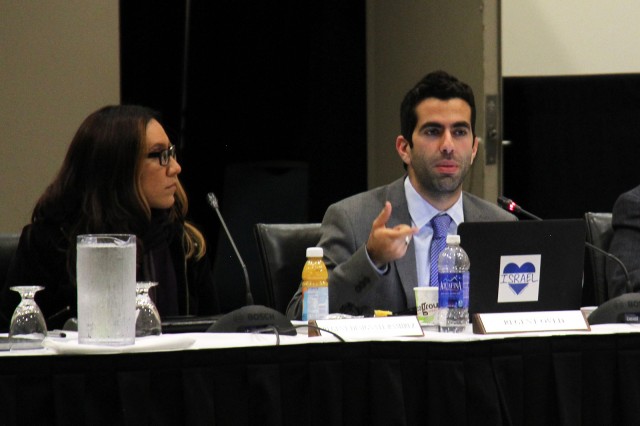 The University of California regents voted Thursday to add a new student adviser to the board. The proposal was formed by student regent Avi Oved last year.
(Daily Bruin file photo)

The original version of infographic accompanying the article incorrectly stated that the adviser will not be a member of the board.

SAN FRANCISCO — The University of California regents voted on Thursday to add a new student adviser to their board, pushing through a resolution proposed by Student Regent Avi Oved last year.

The Committee on Governance unanimously approved the new position at the January regents meeting in San Francisco.

Oved spearheaded the effort to add the adviser position, saying its creation would bring a more diverse perspective to the regents.

The project will be launched as a two-year pilot program with the search for the new student adviser beginning next academic year, Oved said. He added the new adviser will take office July 2017.

Numerous student organizations stated their support for the adviser position, including the UCLA undergraduate and graduate governments, the UC Student Association and the UC Council of Presidents.