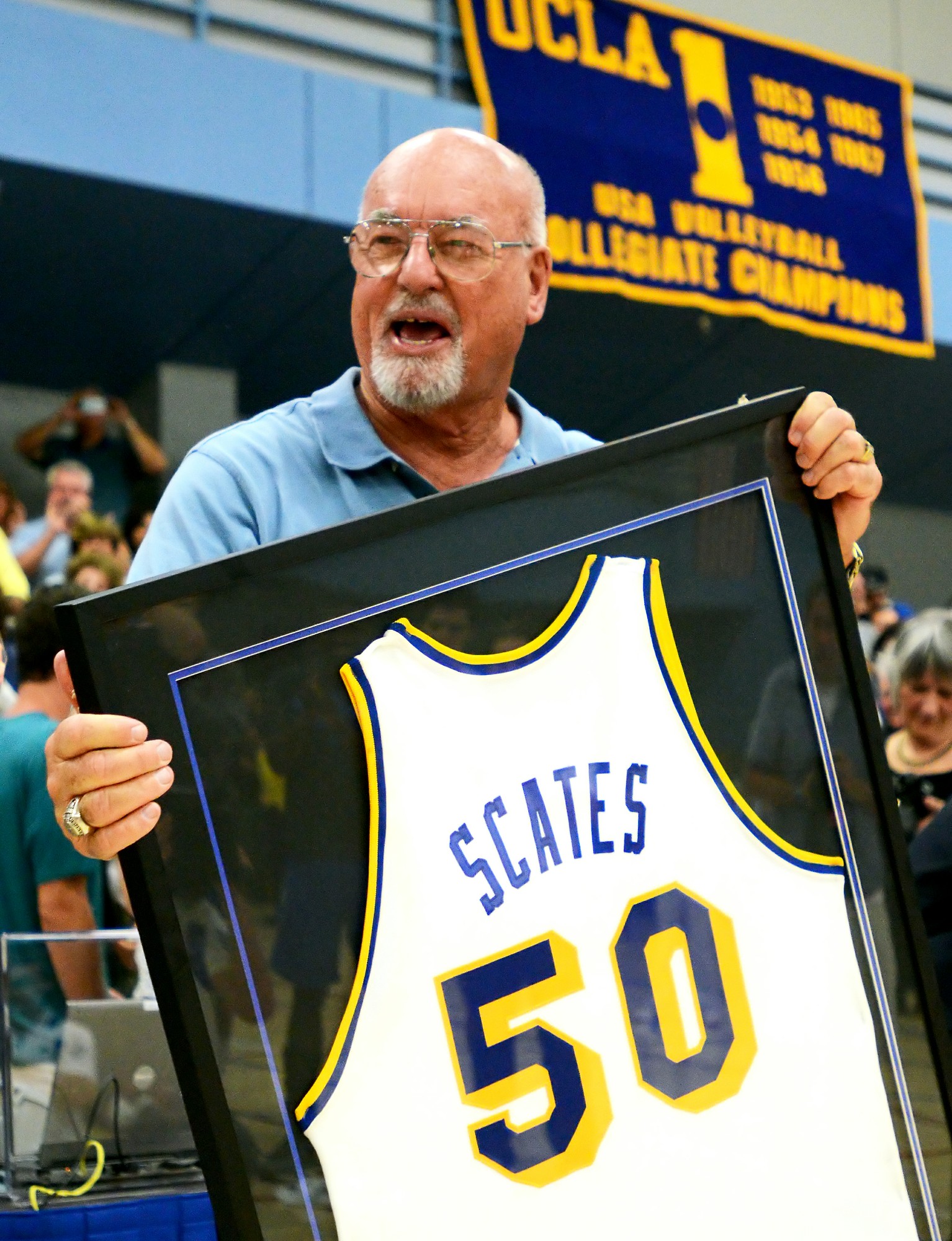 Here at UCLA, we’re awfully proud of John Wooden. We have a statue of him, an athletic center is named after him and you can buy T-shirts with his face on them at Ackerman.

And we should be proud. Wooden was awesome. But what if I told you that there was another coach who won nine more NCAA titles than Wooden? A coach whose old program actually still wins?

Well, there is one. He coached for UCLA. His name is Al Scates.

I had no idea who he was until my friend’s dad randomly told me about him. I would love to see a video like this one in which UCLA students are asked if they have any clue who Scates is.

Scates was the UCLA men’s volleyball coach for 50 years (longer than Wooden’s 29), from 1963 to 2012. He won 19 NCAA championships, tied for the most by a coach in a single sport in NCAA history. He had a greater contribution to the trophies in this laughable video than anyone.

Another place where Scates has Wooden beat: You can still see evidence of his legacy. Michael Sealy coaches the women’s volleyball team right now for UCLA. Before Sealy, Andy Banachowski had the job for 45 years. As for the men’s team, John Speraw has been in charge since he took Scates’ job in 2013.

What do they have in common? All three of them at one point played for Scates.

There have only been four UCLA volleyball coaches since 1965, and all of them that weren’t Scates played for Scates. Meanwhile, UCLA basketball has won fewer championships, its program is no longer relevant, and the team is losing its connection to Wooden – Steve Alford played at Indiana University.

Now, basketball and volleyball are very different sports, and I have no interest in taking anything away from John Wooden. Obviously there are some difficulties in creating a winning basketball program that don’t come up in volleyball. I just don’t understand how someone like Scates can get such little attention for so much winning.

Read more: Scates leaves behind an unmatched legacy at UCLA

So if you’re dying to go to Pauley Pavilion this season, don’t go to a lousy basketball game! Go watch the men’s volleyball team for free! After all, they are ranked no. 1 in the country right now.