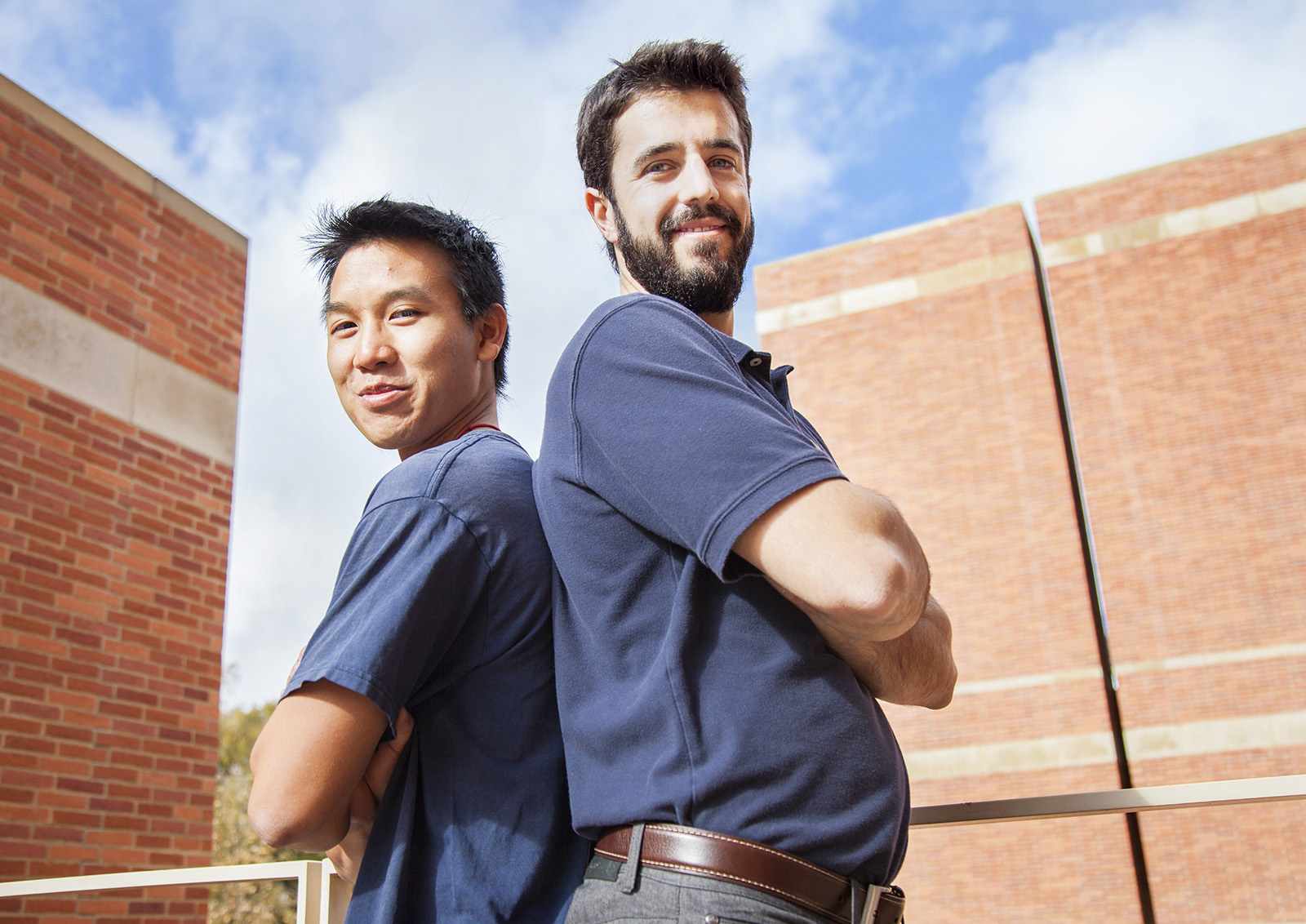 Louis Tse (left) and Luke Shaw (right), both doctorates in mechanical engineering, are working to create a student-run shelter at a church near campus by next fall. (Tehya Faulk/Daily Bruin)

Louis Tse didn’t always live out of his car.

Nine months ago, he forfeited his Westwood apartment to fund a shelter for those who are not homeless by choice. Tse said he is using his rent money to help create a student-run shelter for people aged 18 to 24. The shelter will be located in a local church a few blocks from campus.

Tse partnered with fellow doctoral student Luke Shaw to start the nonprofit student organization called Bruin Shelter. He added he plans to apply to the Student Organizations, Leadership and Engagement office next week to be an official organization.

This quarter, the pair is focusing on recruiting student volunteers to fundraise, purchase materials for the shelter and organize events, such as one at which they handed out blankets to homeless people, he said. There are 10 individuals currently serving on the shelter’s advisory board, including UCLA Assistant Vice Chancellor Mick Deluca.

Tse and Shaw, who are both pursuing doctorates in mechanical engineering at UCLA, volunteered for many years, but homelessness was the most jarring issue Tse encountered, he said. In September, Los Angeles County officials declared a state of emergency on homelessness. Last year, the Westwood Community Council counted 32 homeless people in the UCLA area.

“UCLA could be the perfect place to create shelter for the homeless,” Shaw said. “It has a medical school of its own and is a resource-rich ecosystem.”

The Bruin Shelter will cost about $25,000 annually to fund and a private donor will cover the costs for its first year, Tse said. He added he hopes UCLA can later contribute to the funding and operation costs through grants and alumni donations. UCLA spokesperson Rebecca Kendall said the university cannot comment on the Bruin Shelter until it becomes a registered student group.

Tse said he hopes students will volunteer to work with the shelter so homeless individuals can interact with people of their own age.

Shaw and Tse have reached out to the UCLA student-run Mobile Clinic Project to ask about collaboration activities, he added. They also hope to partner with the UCLA School of Dentistry, UCLA Counseling and Psychological Services, dance and music groups and tutors to offer those who live in the shelter more than just food and beds.

“They are just like us, but more vulnerable,” Tse said. “We are economically privileged, so it’s our duty to help them.”