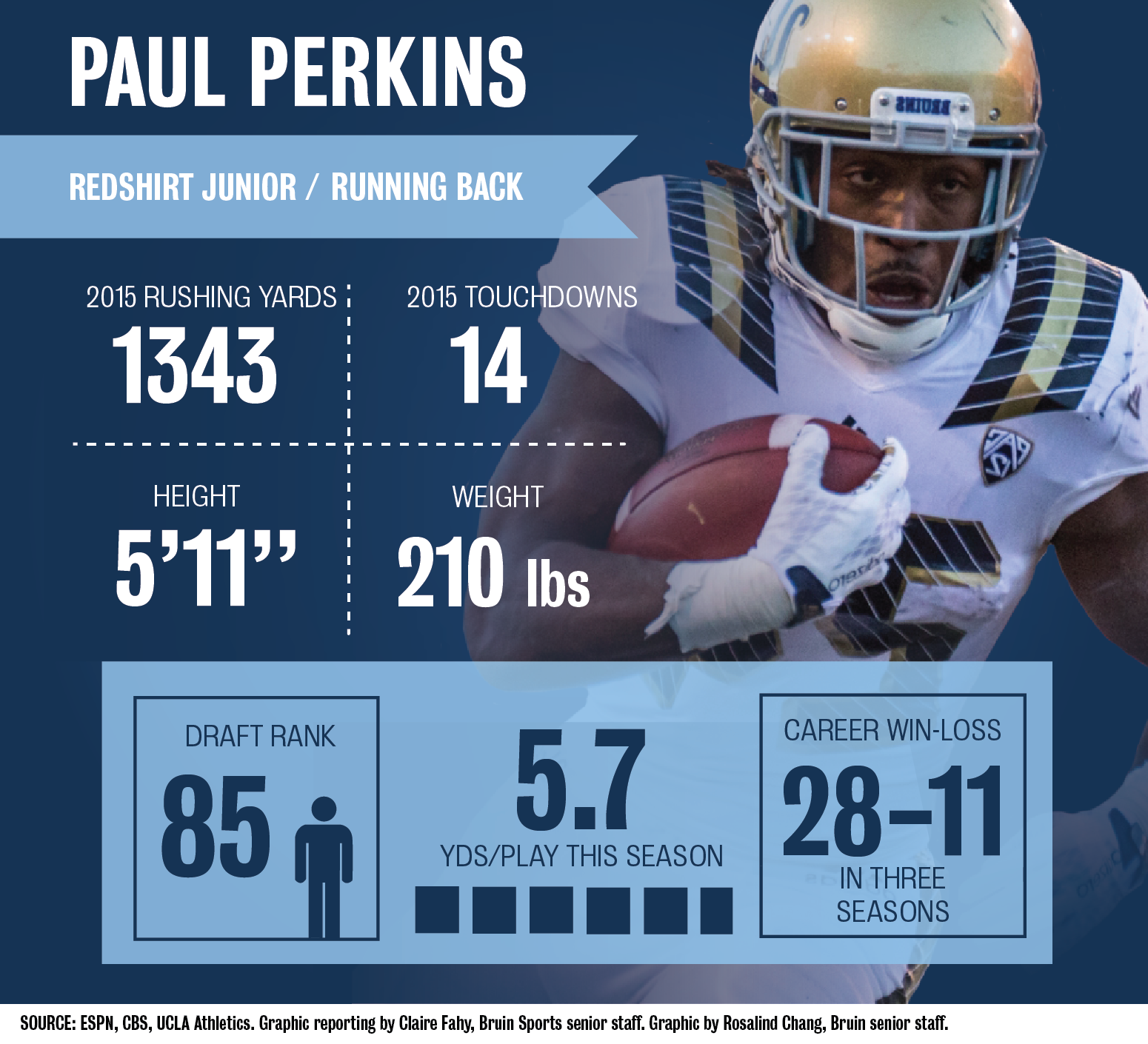 So far, five Bruins are headed for the draft. Junior offensive lineman Alex Redmond left the team before the bowl game, securing an agent and forfeiting his amateur eligibility to begin focusing on his professional prospects. Junior linebacker Myles Jack also made an early departure from the program following a knee injury sustained in September. Jack dropped out of UCLA and began working toward the draft at that time.

Jack is projected to go the highest of all UCLA players to declare so far, expected by CBS Sports to be the fifth overall pick. Clark would be second behind Jack with the 22nd pick. Perkins could also be an early pick, but is more likely to fall to the third round or later. Benenoch and Redmond currently are not featured on draft boards, but neither were three Bruins last year who eventually ended up in the NFL.

In 2015, defensive lineman Ellis McCarthy, offensive lineman Malcolm Bunche and defensive back Anthony Jefferson went undrafted, but eventually signed. McCarthy was picked up by the Miami Dolphins, Bunche went to the Philadelphia Eagles and Jefferson joined the Chicago Bears.

Eric Kendricks was the first UCLA alumnus to go in last year’s draft, getting picked up in the second round to the Minnesota Vikings with the 45th overall pick. Owamagbe Odighizuwa found a home with the New York Giants in the third round, while Brett Hundley went to the Green Bay Packers in the fifth.

The 2015 draft marked the first time in three years that a UCLA player was not drafted in the first round. Clark looks to pick up where the Bruins left off in the 2014 draft.