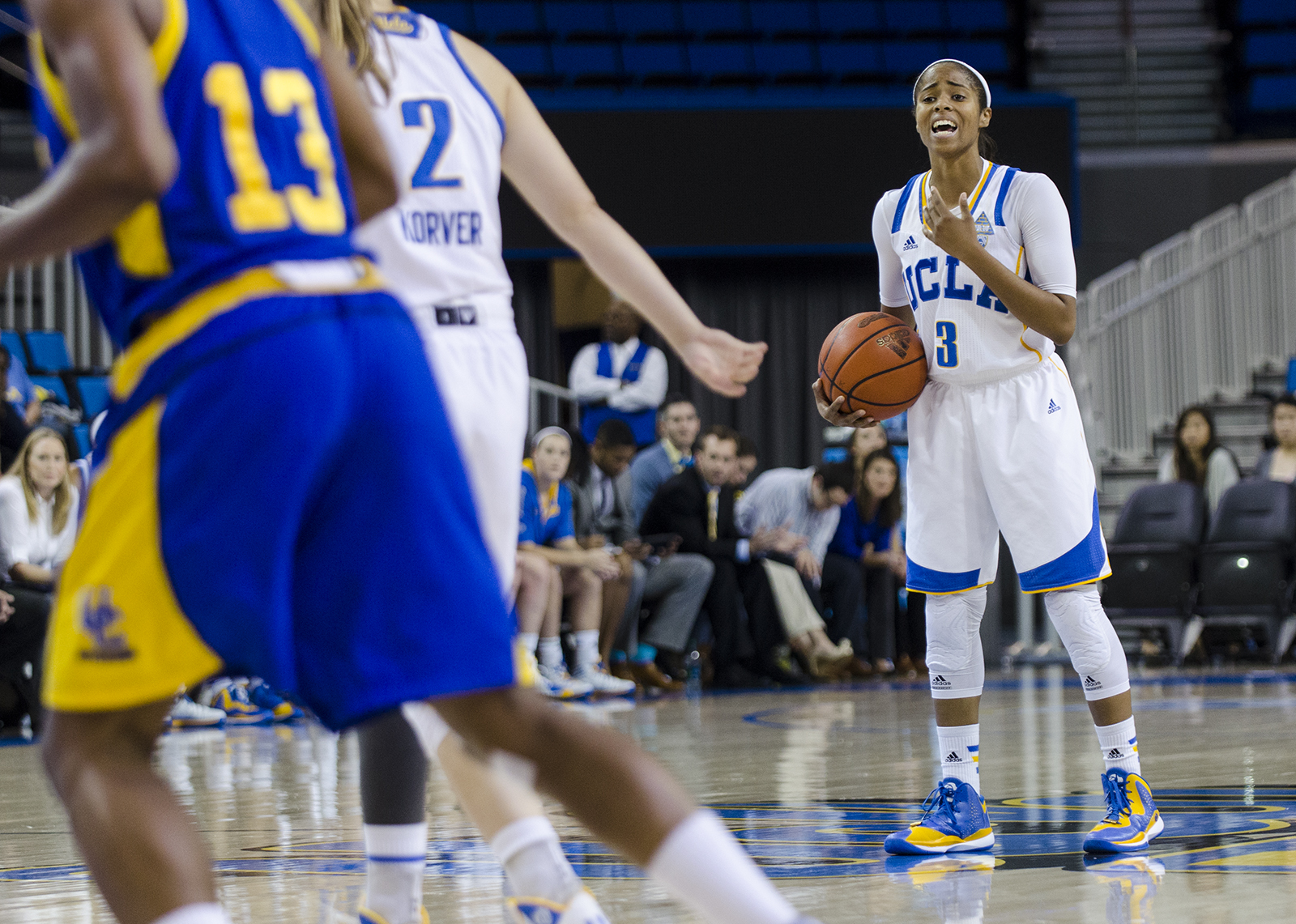 When the game clock failed to start with seconds left in the fourth quarter, it appeared that even mechanical objects did not want the game to end. The 2,766 people in attendance probably would have agreed with the clock.

The game was tied seven times and had seven lead changes, with neither team ever leading by more than 10.

“(That was a) very competitive game from the beginning to the end, and that’s what you want when you want to gain fan support and win some fans over to women’s basketball,” said USC coach Cynthia Cooper-Dyke.

The Trojans jumped out to a quick start, but the Bruins responded by going on a 10-0 run to end the first quarter. The action remained tight in the second quarter before ending with the Bruins up 32-30.

The Bruins struggled early to defend the length of forward Temi Fagbenle, a graduate transfer student from Harvard. Though the Bruins would settle down on defense and adjust to the 6-foot-4 Fagbenle, she still finished with 23 points – 15 of which came in the first half.

Both teams went on runs in the third, with the Bruins going up by 10 before the Trojans finished the quarter with a 10-2 run to keep the score close at 53-51 heading into the final period.

The action culminated in a fourth quarter where the Bruins desperately tried to hold off a Trojan team that seemed unwilling to allow its first loss of the season.

Trojan guard Brianna Barrett and sophomore guard Jordin Canada went back and forth, both trying to create looks around the basket. The action reached its peak when Canada found freshman guard Kennedy Burke for a corner three-pointer to put the Bruins up 73-66 with under four minutes left, a big lead considering how tight the game had been throughout. The Bruins would never give it back up.

The fast pace of the fourth quarter was especially impressive since Canada played the entire 40 minutes without sitting out, even with a mild sickness.

Sophomore forward Monique Billings and senior guard Nirra Fields had 23 and 19 points respectively, to go along with Canada’s 22, once again making them the three most consistent offensive weapons for the Bruins.

The game was the first official league game of the 2015-2016 season, making it more intense than previous nonconference outings for both teams.

“There’s more on the line, more stakes, more of a battle, more cutthroat, more personal, and that’s the beauty of it. It’s great,” Fagbenle said.

The game also put the Pac-12 on display – a conference that may be one of the best in the country, especially with USC’s emergence.

“I think we’re going to have seven or eight teams in the (NCAA Tournament),” said coach Cori Close. “(The conference) is tremendous. And so I think our players should feel very fortunate to play in the top women’s conference in the entire country and that’s a long time coming.”