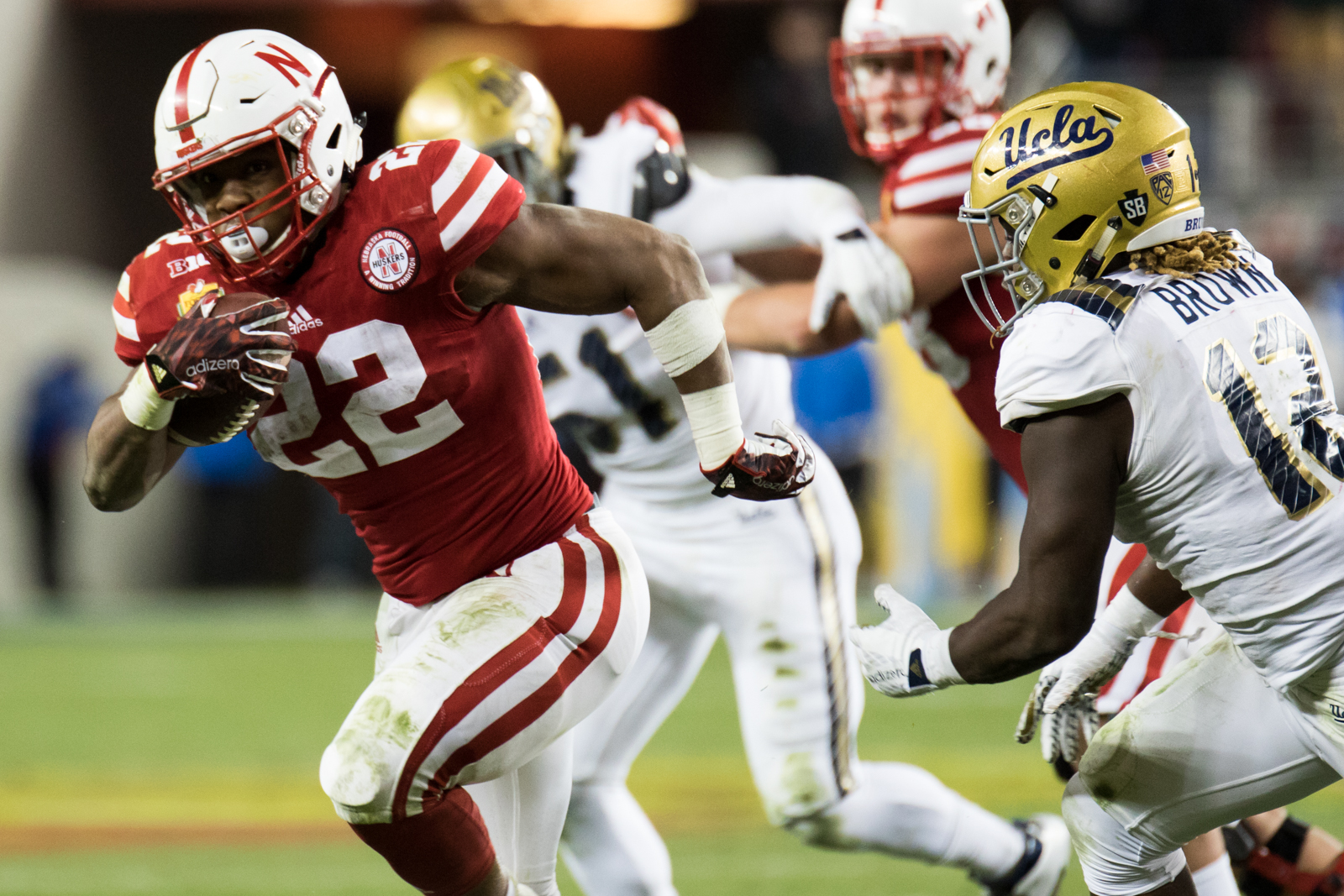 The Bruins fell flat before the middling Nebraska Cornhuskers (6-7), surrendering 326 rushing yards in a 37-29 loss. UCLA was outscored 30-7 over the final 37:55, coming apart at the seams over the final two-and-a-half quarters of play.

The game was a microcosm of UCLA’s season: There was hope early – ignited by a sterling start from freshman quarterback Josh Rosen – but all of that hope proved fleeting as fundamental flaws on the defensive front conspired to derail the team over the long haul.

“We’re a little bit light on defense, as everybody knows, and they took advantage of that,” said coach Jim Mora. “We need to get bigger, we need to get stronger, obviously.”

The Bruins (8-5) began the game much like they did their season opener against Virginia: Rosen stole the show. He began the game 10 of 12, mixing a series of precise short throws with a high-arcing deep ball to redshirt sophomore receiver Kenny Walker. After Walker’s 60-yard touchdown reception, UCLA held a 14-7 lead.

On the next drive, Rosen kept the ball rolling, completing all three of his passes – for 57 yards and a touchdown – giving UCLA a 21-7 lead and seemingly all the momentum in the game.

But just like UCLA’s 4-0 start to the season, the 21-7 lead was quickly lost, as the Bruins’ run defense wilted.

The Cornhuskers attacked the Bruins’ main weakness, rushing the ball 62 times – which set a new bowl-game record. Nebraska simply asserted its will at the line of scrimmage, plowing over UCLA time and time again. It was like a direct replay of UCLA’s losses to Arizona State, Stanford and USC earlier in the year, as the Bruins’ front seven collapsed in the second half.

“I just feel like we didn’t tackle well,” said junior nose tackle Kenny Clark. “They got enough yards to make it third and manageable.”

Only three of Nebraska’s 11 third-down plays had a to-go distance of longer than five yards. The Cornhuskers converted on seven of those 11 third-down chances.

“Once we had one good play, it kind of kept that motivation going, and the offensive line kept feeding off of it,” said Nebraska quarterback Tommy Armstrong.

By the 14:11 mark in the fourth quarter, Nebraska had scored 30 unanswered points to take a 37-21 lead. All of the optimism from early in the game had vanished from UCLA’s sideline, as over half the team sat listlessly on the sideline benches. Meanwhile, nearly all of Nebraska’s players were afoot on the Cornhuskers’ sideline.

Rosen provided a late spark, leading an eight-play, 76-yard touchdown drive – with a two-point conversion pass to boot – to bring UCLA within eight points with 11:29 to go. But when UCLA was on the cusp of completing the comeback – with the ball inside Nebraska territory in the final minutes – Rosen was intercepted, effectively clinching the loss for UCLA.

As Rosen, Clark and Mora took the podium for the postgame press conference, there was no talk about national contention or hype. All of that talk was long gone.

Instead, the focus of the conversation was: how can UCLA turn it around? With an 8-5 record – the worst season in the Mora era – staring them in the face, change appears imminent.

“In our recruiting, we’re working to get bigger guys, so when we get into these games, against a team like Nebraska or a power team like Stanford, we have more guys that have some girth to them so we don’t get pushed around,” Mora said. “Sometimes that’s a little bit of a Catch-22 in our conference when we play so many spread teams. But it’s something we have to do if we want to compete at the highest level.”