UCLA women’s volleyball to host Lipscomb in NCAA first round 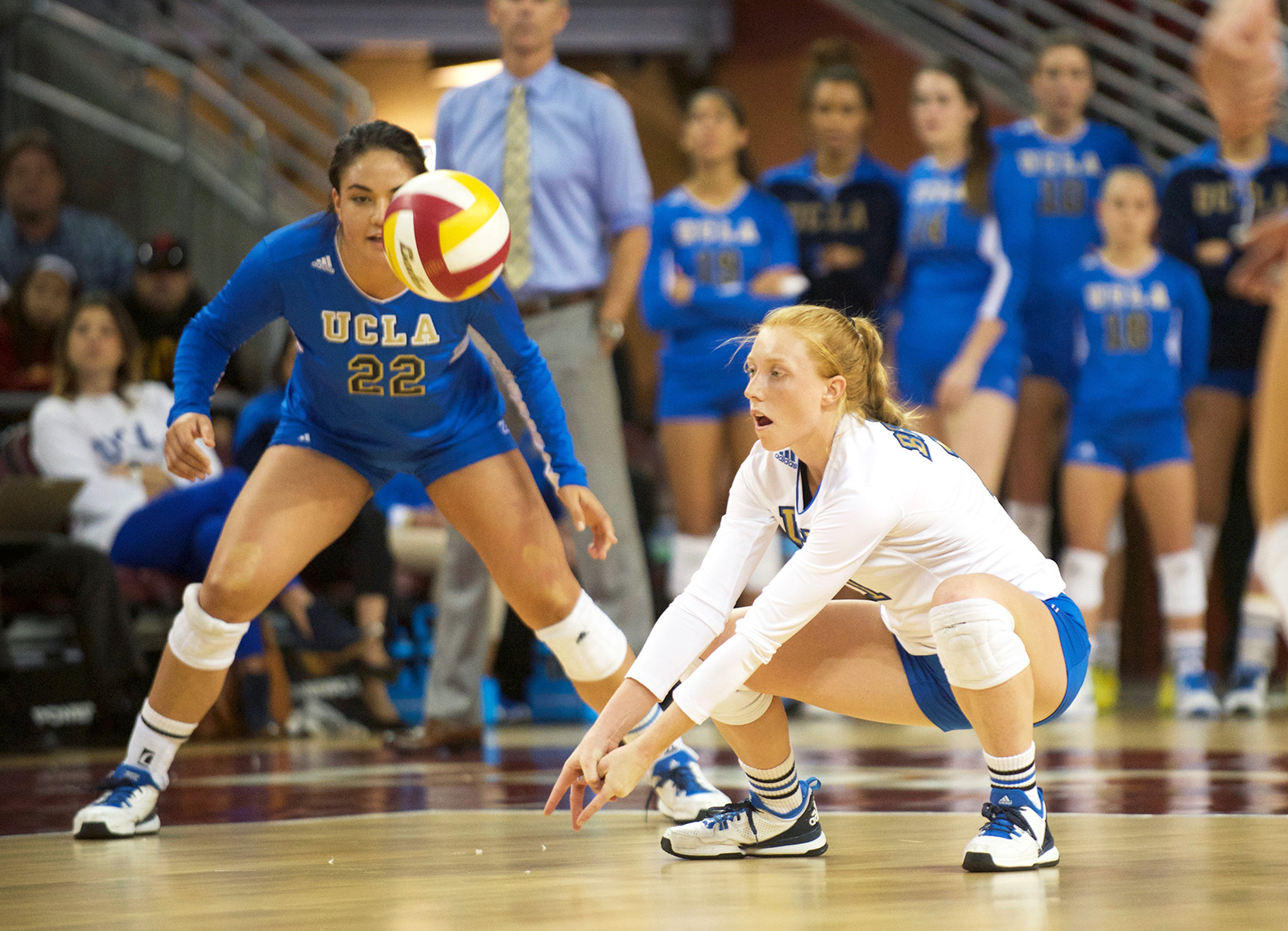 Behind the steady play of junior libero Taylor Formico, the UCLA women’s volleyball team earned the No. 14 seed in the 2015 NCAA Tournament. Formico was named Pac-12 Libero of the Year this week. (Korbin Placet/Daily Bruin senior staff)

The women’s volleyball team has faced its fair share of familiar foes throughout the season.

The Lady Bisons, who have never won a match in their five trips to the national tournament, are a quick, scrappy defensive team with no player above 6-foot-3. On the other hand, the Bruins feature six players that height and above.

But with UCLA recently trending toward a more diverse attack, both teams feature balanced offenses.

Lipscomb does not rely on one dominant player, either. Instead the Lady Bisons spread the ball between redshirt senior Jewell Dobson, seniors Brittnay Estes and Molly Spitznagle and freshman Carlyle Nusbaum, who all hover around ten kills per match. The four of them together produce 75 percent of Lipscomb’s 1,690 kills this season.

UCLA’s new all-around attack is not exactly by design, according to coach Michael Sealy.

The Bruins’ well-rounded play has allowed them to adjust to different opponents.

“I think it’s just understanding what’s working against what teams,” Felix said. “As long as everyone’s contributing what they can in that game, I think it’s just been working. And it has been kills recently as well as blocks and digs for Taylor (Formico) because she’s gnarly.”

Formico, a junior who was recently named Pac-12 Libero of the Year described the team’s atmosphere as filled with a palpable excitement.

“We’re really excited,” Formico said. “Everyone’s healthy at the right time and we have a lot of depth this season, so we’re excited to go into the tournament and play.”

“Season’s over,” Sealy said. “We had a great season, had a good record, had a good run in the Pac-12 and did a lot of great things. Playoffs are just a celebration, let’s just go out there and play volleyball.”